Over 2,000 US troops are said to be pulled from Iraq, the US Central Command chief said. Germany also announced that it would reduce the number of troops it has in the Middle Eastern country. 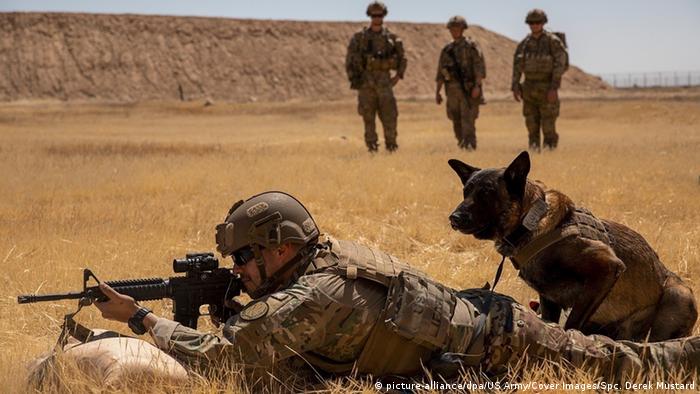 The United States said on Wednesday that it would reduce its troop presence in Iraq this month as President Donald Trump seeks to fulfill his campaign promise of "ridding the country of endless wars."

The move comes as Trump has been under fire after The Atlantic magazine published an expose where anonymous White House sources said he had denigrated dead American soldiers as ''losers'' and ''suckers." He has denied the statements made in the magazine.

Marine General Frank McKenzie, the US Central Command commander, announced the reduction from 5,200 military personnel to 3,000 during a visit to Iraq.

''The US decision is a clear demonstration of our continued commitment to the ultimate goal, which is an Iraqi security force that is capable of preventing an ISIS resurgence and of securing Iraq's sovereignty without external assistance,'' McKenzie said.

''The journey has been difficult, the sacrifice has been great, but the progress has been significant,'' the commander added.

A senior administration official, speaking on the condition of anonymity, told reporters on Tuesday that an announcement on the withdrawal of additional troops from Afghanistan could also be expected within the coming days.

US forces have been in Afghanistan since 2001. The troops sent to Iraq the 2003 invasion and left in 2011, but they returned in 2014 after the Islamic State group overran large parts of the country.

The US was not the only country to announce a reduction of forces in Iraq. The German government said on Wednesday that it too sought the reduction of its troops stationed in the Middle Eastern country.

Germany wants to maintain only a maximum of 500 personnel on the ground. "Even during the coronavirus pandemic, IS continues to carry out its terrorist activities. The military pressure on the IS must be maintained," said Minister of Defense Annegret Kramp-Karrenbauer (CDU).

Berlin's commitments in Iraq are part of the international coalition to fight IS. The country has contributed Tornado reconnaissance jets, airspace radar and transport capabilities, as well as troop training to the Iraqi security forces.

Most of Germany's soldiers in Iraq are stationed in the northern Kurdish region of the country.