The death of a goverment employee was an unfortunate event that should never happened, North Korean leader Kim Jong Un has said. Troops reportedly shot the man more than 10 times as part of coronavirus control measures. 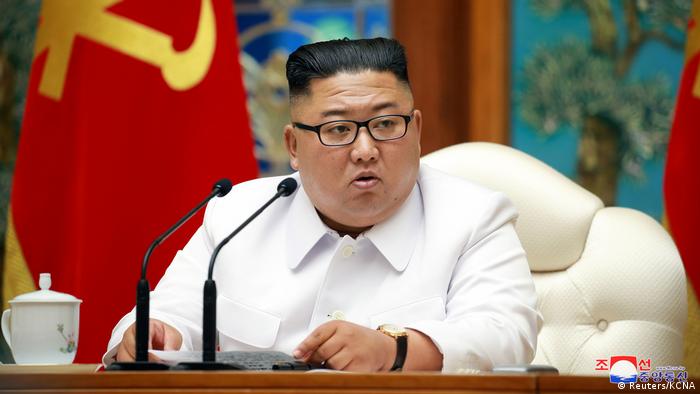 In comments carried by South Korean news agency Yonhap, Kim said he was "greatly sorry," and expressed his hope that "confidence between the two Koreas" was not damaged."

Military officials from the South say that troops interrogated, shot and then burned the body of a government employee found in North Korean waters earlier this week. Seoul said the man may have been trying to defect.

The 47-year-old, an official from the South Korean Fisheries Ministry, had been reported missing from a government boat near the disputed sea boundary between the rival countries.

North Korea said more than 10 shots were fired at the man "intruding into the North's waters" as part of strict measures to prevent a coronavirus outbreak, according to Yonhap. The North said it had burned the floating object carrying the man, but not his body.

It is extremely unusual for a North Korean leader to issue an apology to the South.

Seoul had condemned its rival over the incident on Thursday.

South Korean Unification Ministry revokes licenses of activist groups to send balloons into the North, triggering accusations that Seoul is not truly interested in the well-being of ordinary people in the North.