North Korea and coronavirus: Hide-and-seek with the world

Coronavirus has left a trail of destruction for many neighboring countries — but in Pyongyang, leader Kim Jong Un denies that there have been any infections. Is this true? DW spoke to a doctor who fled North Korea. 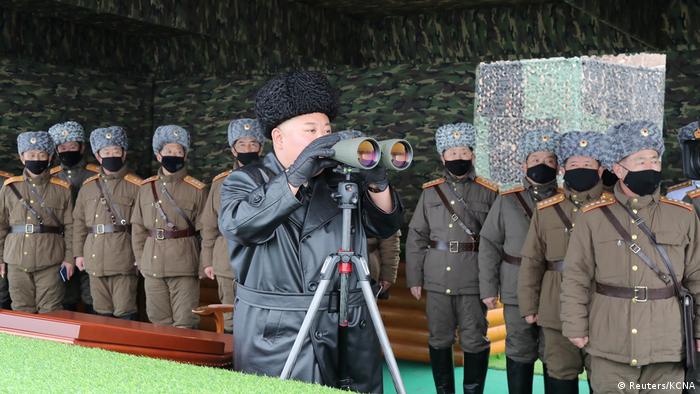 When Dr. Choi Jung Hun treated patients in North Korea, he had to get hold of his own medical hygiene equipment.

"I was asked to buy surgical masks and gloves for myself," he says. There was not any protective equipment for doctors, he told DW on Skype. While his story cannot be independently verified, it is consistent with other reports from the isolated country.

Neurologist Choi Jung Hun fled to South Korea in 2012. Until then he worked at the Center for Disease Control in the North Korean port city of Chongjin. As a young doctor, he experienced the SARS epidemic of 2002-2003. At the time, he did not have much more than a thermometer to make a diagnosis.

Read more: South Korean FM on the coronavirus: 'We have to live with this risk'

Now the defector is a guest researcher at Korea University in Sejong. A slim man with a serious face, Dr Choi considers the fact that North Korea has so far been spared from the coronavirus pandemic — as reported in state media — to be mere propaganda. Key among the reasons is the fact that the 1,400-kilometer (870-mile) border with China — North Korea's chief trading partner — remained open right up to the end of January. 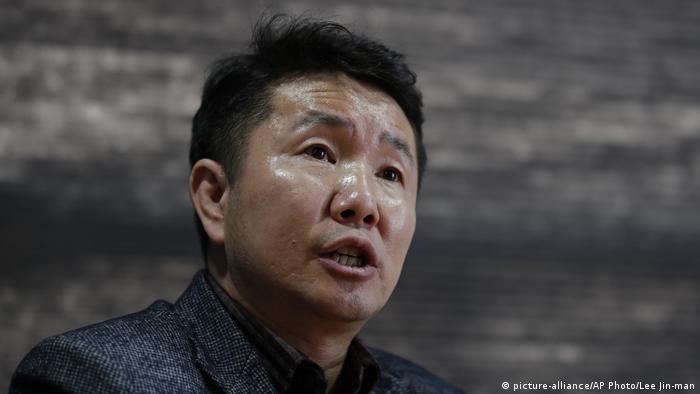 Choi thinks COVID-19 probably entered the country then. "Of course people in North Korea have died of coronavirus," he says emphatically. In his homeland, people have died from viruses time and time again. Even from some that are not deadly in other parts of the world. "North Korea is a museum of viruses," he adds.

It does not surprise him that the regime persistently claims that they have managed to hold off the tide of COVID-19. "The health care system is very weak. They don't want to show that to the world." And there is another important consideration: the message it would send to the country's own population.

However, on August 25, the Central Committee of the ruling Workers' Party met for a third high-level political session under the leadership of Kim Jong Un in as many weeks. Kim lamented unspecified "defects'' and "shortcomings'' in the anti-virus campaign.

"If it becomes clear that the health care system cannot take care of people, then they will lose confidence in their government. It would mean the system is not infallible," Choi explains.

In fact, North Korean state-run media has been reporting a lot about the pandemic. There are daily updates with headlines that suggest the regime is doing everything possible to protect the population: "Measures against the epidemic further strengthened," "Nationwide campaign against the epidemic intensified," "Fast action to tackle the epidemic."

The online newspaper Daily NK, which specializes in North Korea and reports on the country in-depth, tells a different story. The editorial team is based in Seoul and publishes articles in which the authors refer to anonymous sources in the North, whose identities must remain protected for security reasons.

In mid-June, for example, the Daily NK reported: "More than 5,000 people who were released from the country's quarantine facilities may have died, one source speculated." Independent verification is impossible.

One suspected case: A defector

Only one thing is for sure: Isolated North Korea reacted to the coronavirus crisis with extensive measures. The already insurmountable borders were closed even more securely and schools and universities were shut for months. Then at the end of July the state-run media reported the first and so far only suspected case: a defector who had allegedly repented and returned to his home country.

Under the leadership of Kim Jong Un, the Politburo held an emergency meeting and imposed a lockdown on the 200,000 inhabitants of the border city of Kaesong.

Since then, there has been silence about the case. The curfew was lifted in mid-August. North Korea still does not appear in the coronavirus statistics compiled by US Johns Hopkins University. 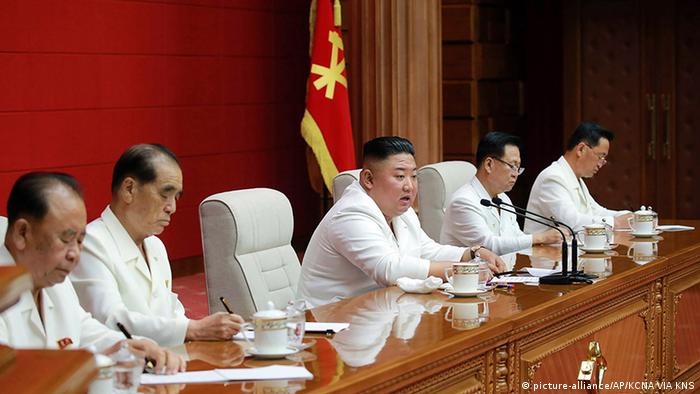 Hardly any foreigners left in the country

How can we interpret these mixed signals? News from the country has become even more difficult to come by since the coronavirus crisis. The majority of foreigners have left the country. Many embassies, including most European ones, also withdrew their staff. The German Embassy closed on March 9.

A few eastern European countries still have a diplomatic presence in Pyongyang. "At the moment there are no plans to close the embassy," a spokesman from the Polish embassy told DW. The Polish authorities will "follow developments closely."

The Romanian Embassy is also "continuing its activities," they said. But "family members of the diplomats and some other employees returned to Romania on March 9 2020." Representatives of the Czech Republic and Bulgaria are also still there.

In mid-August the North Korea blog NK News reported that Sweden had also evacuated its embassy staff, which would have consequences for German citizens who have been looked after by Sweden since the German Embassy closed. It is not known how many Germans are still in the country.

The Swedish foreign ministry told DW the embassy had not been closed but instead its diplomats had been "temporarily relocated." The embassy is currently run from Stockholm while work continues in both locations. The Swedish Foreign Ministry admits the "situation for diplomats and international organizations has gradually become more difficult recently."

The travel and security information for North Korea on the German Foreign Ministry website is blunt and to the point: "It is impossible to know whether there are infections in North Korea. It must be assumed that the local health care system does not have the ability to diagnose and deal with acute cases of COVID-19."

The defector doctor Choi Jung Hun confirms this. But this is not because of the qualifications of the doctors and nurses. Medical staff are well trained. "The doctors are quite capable of recognizing COVID-19. But even then, they cannot officially confirm this diagnosis without the necessary equipment."

It is not just coronavirus testing kits that are in short supply in North Korea. "There is simply no infrastructure. In hospitals, there are always power outages, and partly there is no running water." 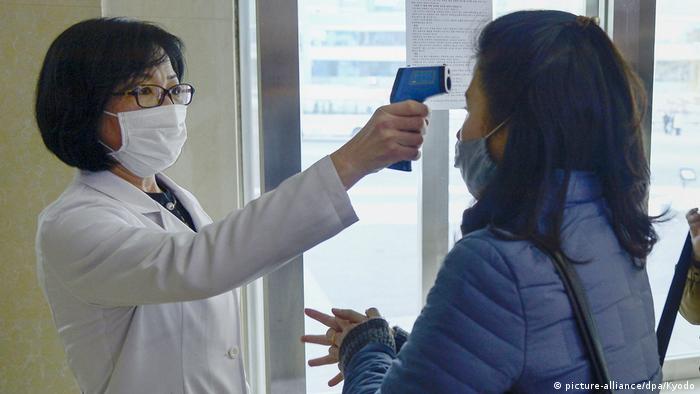 The dilemma for aid organizations

Bringing relief supplies into the country is difficult: Not just because of the closed borders, but also because of the extensive UN sanctions. One of the organizations that is allowed to bring supplies into North Korea is Doctors Without Borders (MSF). A delivery arrived at the North Korean Health Ministry on March 30: masks, gloves, protective clothing, hygiene products, antibiotics. MSF needed a special permit.

In North Korea itself, there are hardly any aid organizations. Among German organizations only Welthungerhilfe has a presence, but their projects are also currently suspended. The only organization that has access to all provinces is the North Korean Red Cross, according to Antony Balmain of the International Red Cross and Red Crescent Movement (IFRC).

In addition to the IFRC staff, there are 43,000 volunteers and government officials in the country with the aim of explaining to people how to protect themselves from COVID-19. The North Korean Red Cross received equipment to carry out 10,000 coronavirus tests in early July, "as well as infrared clinical thermometers, N95 masks and normal surgical masks, face shields, protective clothing and protective goggles," said Balmain. The delivery should benefit people all over the country.

Dr. Choi Jung Hun doubts that the distribution will work. There is a large divide between the capital city and the rest of the country. "Most equipment goes to the hospitals in Pyongyang." Doctors in rural areas are often left with nothing more than what Dr. Choi himself had: a clinical thermometer.