Destruction of the Inter-Korean Liaison Office is a symbolic severing of ties with Seoul, but is Pyongyang confident due to its renewed alliance with Beijing and Moscow or externalizing internal crises? 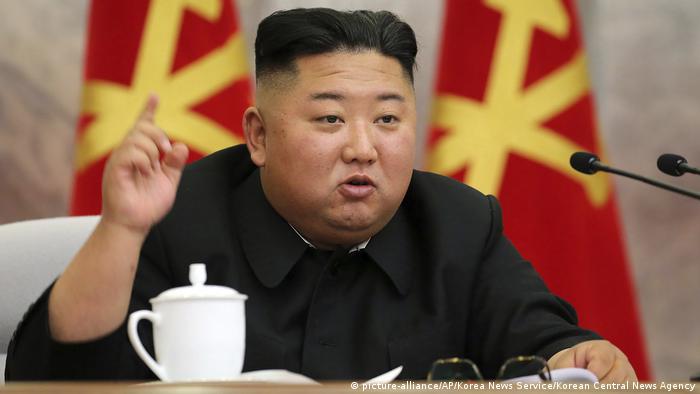 North Korea blew up the Inter-Korean Liaison Office on Tuesday, further raising cross-border tensions on the peninsula after two weeks of vitriol and condemnations of the government in Seoul by Pyongyang.

A loud explosion could be heard from the South Korean side of the border that divides the peninsula, with a thick plume of smoke seen rising above the city. State media later confirmed that the North Korean authorities had "completely ruined" the office, which had effectively served as the focus of communication between the two governments, adding that it was pushing ahead with "cutting off all communication liaison lines between the North and South."

The statement added that the office had been destroyed because defectors and human rights activists – whom North Korea described as "human scum" – were continuing to send balloons filled with propaganda leaflets, data drives and dollar bills over the border into the North.

The office had been set up as part of the Panmunjom Declaration, which was signed by North Korean leader Kim Jong Un and Moon Jae-in, the South Korean president, in April 2018, and its destruction underlines the schism that has developed very suddenly between the two Koreas.

And analysts say that no matter Seoul's appeals for restraint by the North, more provocations are extremely likely.

"There are a number of other things that the North could do, including moves in the Yellow Sea [off the west coast of the peninsula] and on the Northern Limit Line that acts as the sea border there," said Daniel Pinkston, a professor of international relations at the Seoul campus of Troy University.

"They could also target the Demilitarized Zone, and I think it is likely that they will take more belligerent actions just to see what they can get away with," he told DW.

Kim's regime may have calculated that now is the time to test the South's resolve and defenses, he added. Seoul and Washington are presently divided over the amount that South Korean should pay to keep US forces on the peninsula and President Donald Trump has previously threatened to withdraw US troops.

Similarly, a number of joint US-South Korean military exercises have been cancelled in recent years, ostensibly to avoid antagonizing the North but effectively reducing the effectiveness of the forces in the South. Another factor that Kim may be taking advantage of is Trump's domestic problems – widespread anti-racism protests and the ongoing coronavirus crisis – that may serve to hobble any response.

Leonid Petrov, a former chair of Korean Studies at the Institut d'Etudes Politiques de Paris, says the North's destruction of the liaison office is intended as a sign that "Pyongyang does not need Seoul any more in the context of this new Cold War.”

Whereas North Korea was frantically trying to build bridges with Seoul and the United States just three years ago, as international sanctions bit hard into its economy, President Trump has since fallen out spectacularly with China and Russia. That has given Pyongyang the opportunity to rebuild its own ties with Beijing and Moscow; both now see North Korea as a useful geo-political bargaining chip and are likely to continute their support for Kim's regime.

"By blowing up the liaison office, the North is saying that there is no need to communicate with the South anymore. I suspect they may soon start testing weapons again, and even possibly nuclear warheads," he added. "This new Cold War is actually very good news for Kim because his regime can now thrive."

South Korea convened an emergency meeting of the National Security Council on Tuesday afternoon and troops were ordered to step up surveillance of the North and be prepared for further provocations in the tense border area. The Pentagon had previously stated that it was keeping a "robust" defensive posture on the peninsula and that US forces were ready to respond to any situation that might evolve.

Given that the North has now followed through on its threats to destroy the liaison office, its next move may very well be to send troops back into areas on the border that were demilitarized under the 2018 military agreement. It is possible that troops will return to Kaesong and the Mount Kumgang tourist zone, on the fareast coast, where military installations on both sides were destroyed two years ago.

The South Korean government has reiterated that it intends to stand by the terms of the agreement and has called on Pyongyang to do the same.

Pinkston believes that much of the North's new-found bellicosity is for domestic consumption as the regime "verifies the loyalty of internal actors and builds up support for the leadership."

But there may be additional considerations for the North, he said.

"This may also very well be a diversionary tactic," he said, designed to deflect murmurings of discontent at home brought on by food shortages and falling living standards as a result of international sanctions and the closure of the border with China due to the coronavirus pandemic.

"This may all be a rally-round-the-flag effort, presenting the North Korean population with external enemies and tensions, which is a tactic that is often used by authoritarian regimes and can be very effective," he added.