Military officials from the South say that troops interrogated, shot and then burned the body of a government employee found in North Korean waters. Seoul said the man may have been trying to defect. 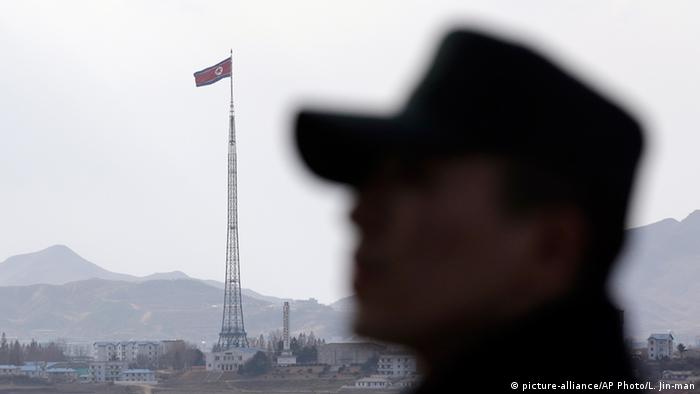 South Korea's Defense Ministry on Thursday accused North Korea of firing at a government official and burning his body.

A ministry statement said evidence showed North Korean soldiers had found the man, an employee of South Korea's Fisheries Ministry, on a floating object near the two countries' disputed sea boundary. It said he was questioned by troops wearing gas masks, before being shot, doused in oil and set alight.

The 47-year-old man had been reported missing on Monday from a government vessel about 10 kilometers (6 miles) south of the Northern Limit Line (NLL), which acts as the de facto maritime boundary between the rival nations. Seoul said the boat had been checking on potential unauthorized fishing in the area.

The ministry said it wasn't clear how the man had ended up in North Korean waters, but a defense official said he may have been trying to defect. The official added that troops may have been acting in line with Pyongyang's strict coronavirus rules, which involve shooting anyone illegally attempting to cross the border.

South Korea said it had sent a message to the North on Wednesday to request information about the missing official, but had received no response.

"Our military strongly condemns such an atrocity, and strongly demands North Korea provide explanations and punish those who are responsible," South Korean General Ahn Young-ho, who is in charge of operations at the Joint Chiefs of Staff, said at a press briefing.

The US military commander in South Korea said earlier this month that North Korean troops had been given "shoot-to-kill orders" to prevent the coronavirus entering the country.

The killing of the government official will likely increase the strain on ties between the two Koreas. In June, North Korea blew up an inter-Korean liason office on its territory to protest against a South Korean leafleting campaign.

Relations have grown colder since nuclear talks with the US and North Korea were suspended.

Last week, South Korean police arrested a defector who had reportedly tried to return to North Korea by breaking into a military training site.

In July, a man who had defected to South Korea several years ago created a coronavirus scare in North Korea after he tried to return. Pyongyang has not yet confirmed a single case of the virus.

Heavy rain and strong winds have caused power outages, flight cancelations and school closures as the typhoon made landfall in southern parts of the country.