Pyongyang said that it had prepared various methods — including the use of 3,000 balloons — to deliver the leaflets "deep inside South Korea." Seoul said it would respond depending on the delivery equipment used. 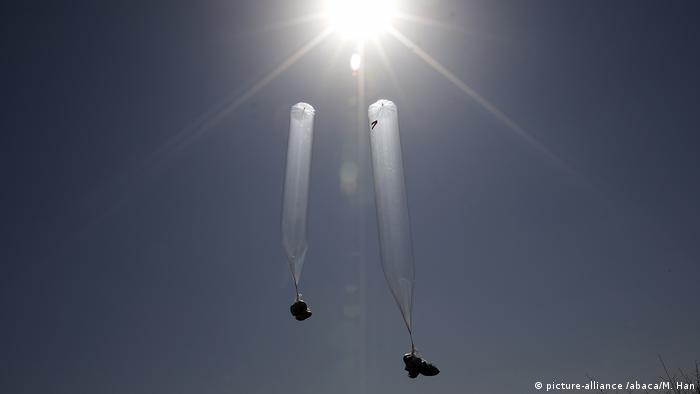 Tensions on the Korean Peninsula have been escalating in recent weeks. This culminated with North Korea destroying an inter-Korean liaison office in the border town of Kaesong last week, after South Korean activists sent over some 500,000 leaflets in late May with content criticizing its leader Kim Jong Un.

Citing these leaflets as the reason for its actions, Pyongyang then cut off all cross- border communication lines and threatened to take steps to annul the 2018 deals to ease tensions at the border and float over propaganda leaflets.

"Our plan of distributing the leaflets against the enemy is an eruption of the unquenchable anger of all the people and the whole society," the North's official Korean Central News Agency said, in a typically colorful tone. "The time for retaliatory punishment is drawing near."

According to the statement, Pyongyang had prepared various methods — including using balloons — to deliver the leaflets "deep inside South Korea." 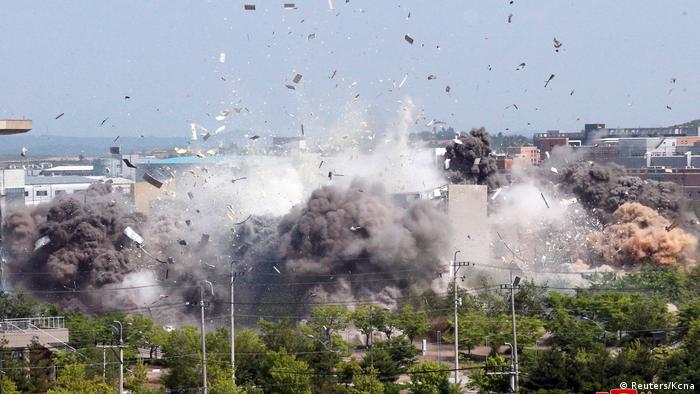 North Korea has been upset with its southern neighbor of late, destroying their joint liaison office for cross-border communication in Kaesong

South Korea called on its northern rival to suspend its plan to send propaganda leaflets across the border.

Yoh Sangkey, a spokesman at Seoul's Unification Ministry, told reporters that Pyongyang must scrap its plan to send leaflets that "are not helpful to South-North relations at all."

South Korean Defense Minister Jeong Kyeong-doo told lawmakers that Seoul would take "immediate, swift and corresponding" steps to any North Korean provocation, adding that how his military responds would on what delivery equipment the North used to launch the leaflets.

Pyongyang's delivery options south of the border are limited, but some analysts believe that drones might be one possible method at its disposal if the weather isn't favorable for balloons. The South could be more likely to respond to drones in its airspace.

In 2018, both North and South Korea agreed to stop hostilities towards one another along their border, including psychological warfare such as leafleting and propaganda broadcasts. However, the agreement didn't specify whether civilian leafleting would also be banned. 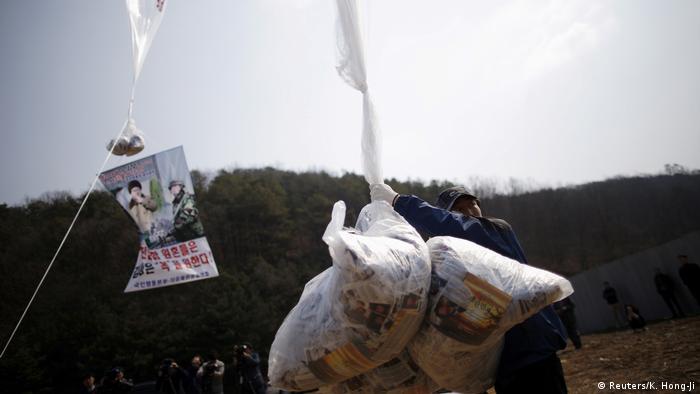 A lot of the leaflet campaigners in the South are refugees who fled the North; this archive image hails from 2016

The Seoul government sought to respond rapidly, moving to enact a law banning all civilian activists from launching balloons across the border. However, it's yet to completely halt the activity. A South Korean activist recently said he would drop about a million leaflets over the border around Thursday — the 70th anniversary of the start of the Korean War.

How North Korea went from threatening the US with nuclear war to seeking diplomatic talks with President Donald Trump. (12.06.2018)