The North Korean leader’s sister, Kim Yo Jong, has issued a warning to South Korea over anti-Pyongyang leaflets. She has threatened to also shut down a liaison office and an industrial park. 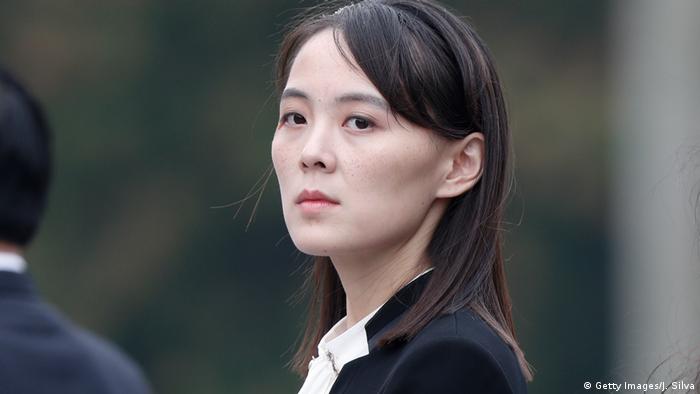 North Korea warned that it would end a 2018 inter-Korean military agreement if the South fails to stop defectors and activists from sending anti-Pyongyang leaflets into the demilitarized zone (DMZ) separating the two countries.

The warning was issued on Thursday by the North Korean leader's sister, Kim Yo Jong, who unofficially serves as Kim Jong Un's chief of staff.

She said the military pact reached in 2018 was "hardly of any value.”

Kim Yo Jong also said the North could permanently shut a liaison office with the South and an inter-Korean industrial park in the border town of Kaesong — both have represented reconciliation between the rivals.

The statement was in reference to thousands of "anti-DPRK leaflets" that were recently thrown towards the North side of the DMZ.

Defectors from North Korea and many activists have in the last few weeks used balloons to fly leaflets that condemn Kim Jong Un over his nuclear ambitions and suppression of human rights.

"If such an act of evil intention committed before our eyes is left to take its own course under the pretext of 'freedom of individuals' and 'freedom of expression', the south Korean authorities must face the worst phase shortly," Kim Yo Jong's statement carried out by the state news agency KCNA said.

In the past two years, Kim Yo Jong has emerged as the most visible presence around her brother — whose health had been increasingly a subject of speculation. She formally serves as a vice director of the ruling Workers’ Party’s powerful Central
Committee.