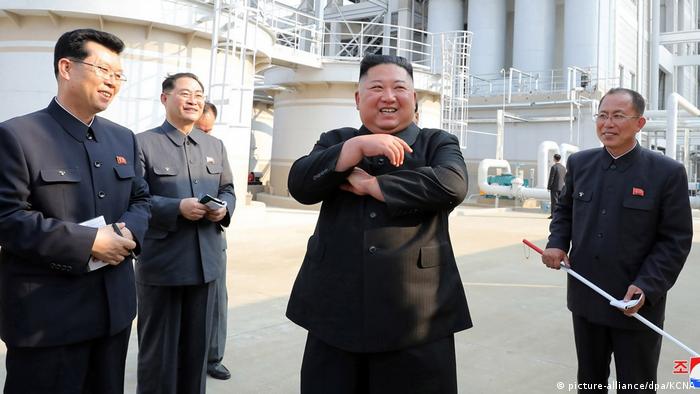 The South Korean official said speculative reports on whether the North Korean leader had undergone surgery were not true.

"There were media reports speculating about Kim's surgery, citing a change in the way he walks," the official said, saying Seoul had adequate information to draw the conclusion without giving more details.

Some news outlets cited some difference in his leg movement and a red mark on his arm in video footage released by North Korea on Saturday. The photographs and video, which could not be verified, were the first images of Kim seen since April 11.

Rumors intensified after Kim missed the birthday celebration of his grandfather Kim Jong Sun on April 15, the most important day in North Korea's calendar.

The gunfire exchange on Sunday morning may be an effort for Kim to regain credibility after his long absence, some experts have suggested.

Choi Kang, vice president of the Asan Institute for Policy Studies, told Reuters news agency he believed the timing of the provocation shows it could have been planned to show that Kim was still in charge of the North Korean military.

"Yesterday, Kim was trying to show he is perfectly healthy, and today, Kim is trying to mute all kinds of speculation that he may not have full control over the military,” Choi said.

"Rather than going all the way by firing missiles and supervising a missile launch, Kim could be reminding us, 'yes I'm healthy and I'm still in power'.”