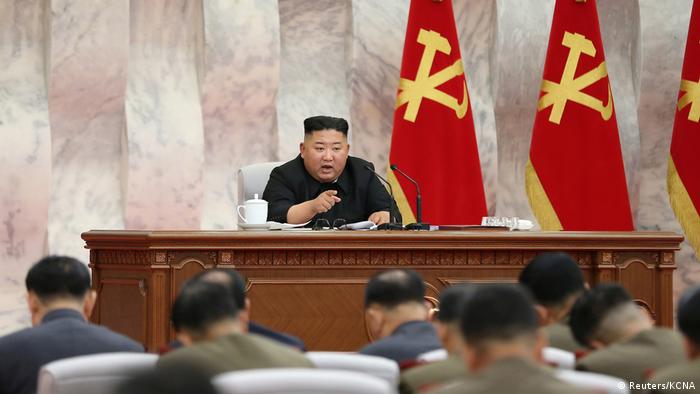 "Set forth at the meeting were new policies for further increasing the nuclear war deterrence of the country," according to KCNA state news agency.

The meeting of the Central Military Commission of the Workers' Party of Korea also discussed "putting the strategic armed forces on a high alert operation in line with the general requirements for the building and development of the armed forces of the country," KCNA said, adding that "crucial measures" were taken at the meeting "for considerably increasing the firepower strike ability of the artillery pieces of the Korean People's Army."

KCNA also released a photo showing Kim purportedly at the meeting, standing in front of military leaders and pointing at a blurred black-and-white photo with a long white pointer.

The North Korean leader was previously seen inaugurating a fertilizer plant on May 1  after not appearing in public for three weeks. Rumor swirled about his wellbeing, particularly after he missed the April 15 celebration of his late grandfather's birthday.

Despite multiple reports suggesting he was in "critical condition," the South Korean government downplayed speculation about Kim's health.