Middle East: Murdered because of Snapchat?

In conservative societies, just opening a social media account can be dangerous for women. As social media use rises, are honor crimes following suit? 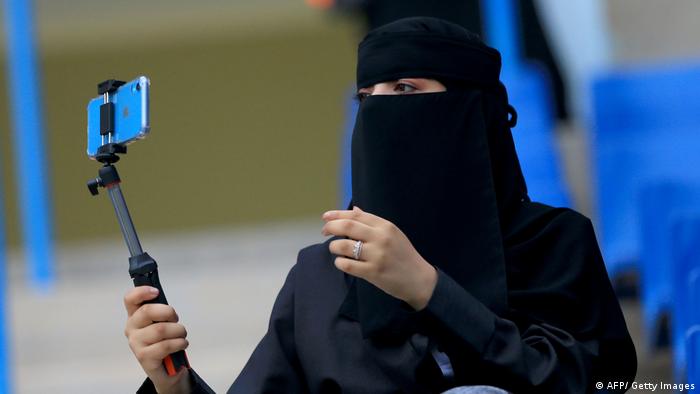 This week, a hashtag reading "Save Manal, sister of Qamar," circulated widely on Arabic-language social media. The activists who spread the it were referring to a woman in the central Saudi Arabian province of Al-Kharj whose 26-year-old sister, Qamar, was reported missing on January 19.

Qamar's body was later found buried in the desert and Manal suspected her conservative brothers of killing her, writing online that they had murdered Qamar because she had a public Snapchat account.

After Manal wrote about the case on social media, she was detained by the Al-Kharj police, who told her to stop publicizing the murder. Though the family's identity is not known, the injustice of Manal's detention motivated the outcry on social media.

Neither the apparent motives for Qamar's murder, nor the pressure on Manal are uncommon in the Middle East.

Social media platforms have given women in conservative societies more freedom to express themselves. Many younger women in the region are now flocking to platforms like Snapchat and TikTok. But the performance culture that goes with social media — that 15-second video of a girl singing her favorite song — doesn’t sit well with more conservative and religious communities in the region.

Retribution varies. In Egypt, TikTok influencers were arrested because they contravened local morality laws. In Iraq, "behavior on social media, such as clicking on a 'like' button of an 'objectionable' Facebook page, could lead to tribal sanctions, including significant financial compensation," reports the European Asylum Support Office, which provides expertise on asylum seekers.

Sometimes, as seems to have been the case with Qamar in Saudi Arabia, a woman active on social media is seen as breaching the so-called "honor code" that demands female family members be morally pure, or risk tarnishing her family's name.

"For decades, a girl breached the honor code if she lost her virginity or got pregnant out of wedlock," writes Iraqi journalist Diyar Raad. "Today it has expanded to include girls who post their pictures on Facebook or Instagram, or tweet bold things, or open accounts using their real names." 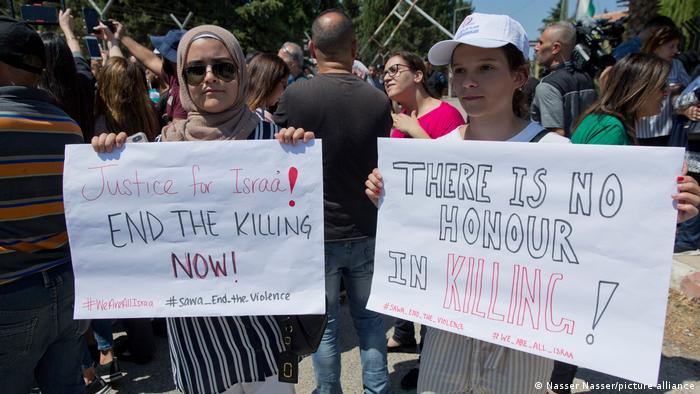 This is why, for example, if a woman comes from a more conservative family, she will often use flowers as her Facebook profile picture. Strict Islamic law, the kind that prescribes full-face coverings, says a women's face should only be seen by her husband and immediate family. In some families, simply posting a profile picture is immoral.

As happens elsewhere, women who are perceived as immoral are harassed online. But in countries where violence against females is seen as acceptable, harassment can turn physical, especially when it concerns family honor.

Not enough statistics but plenty of witnesses

Human rights organizations say there is a total lack of reliable statistics on "honor crimes" in the Middle East and elsewhere, noting that these types of crimes against women are not always properly categorized, recorded or even investigated. Still, though statistics are scarce, anecdotes abound.

In 2018, the deaths of three Iraqi women — including Tara Fares, who had 2.8 million followers on Instagram and feared for her life because of her online presence — were connected by their frequent use of social media.

Fares, 22, was shot as she drove through Baghdad in September that year.

In August 2019, a 19-year-old Palestinian makeup artist named Israa Ghrayeb was beaten so brutally by male relatives that she died of her injuries. The killing came after she had posted a picture of herself and a suitor online.

In May of last year, a 14-year-old Jordanian girl was stabbed to death by her brother because she started a Facebook page. 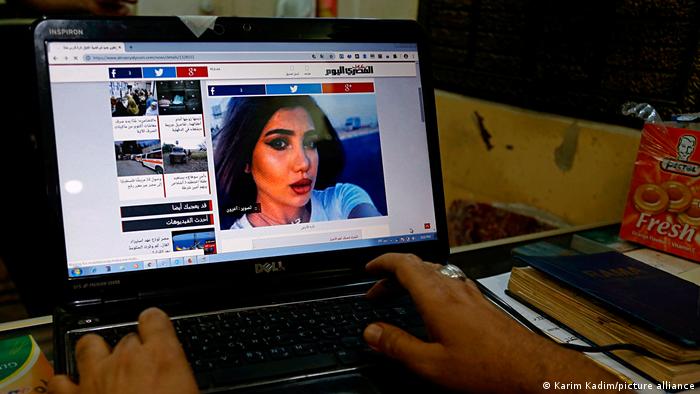 Iraqi social media star, Tara Fares, was shot to death as she drove her Porsche convertible through Baghdad

Iraqi journalist Raad has her own stories, including one about a university student from the southern city of Nasiriyah whose family kept telling her she was immoral because she posted selfies on Instagram. One day she disappeared. Her family says she committed suicide but her friends believe she was murdered by her brother because of her Instagram posts.

Another woman in her 30s from the same city was allegedly killed by her family after they discovered her secret Instagram account. The conservative family had forbidden their daughters from using social media. There are many stories like this, Raad says, but nobody can ever prove them.

So is it possible that as social media use among younger women rises, honor killings related to social media are increasing too?

"Getting statistics and numbers is really difficult so I wouldn't be able to answer that directly," as Helene Delomez told DW. She is the acting director of the Surgir Foundation in Switzerland, an organization that combats violence against women, with a focus on honor killings. "But we do have more and more cases related to the presence of women on social media, even women just using a phone or simply making a video with a phone. Honor killings are really related to the public appearance of women," she continues. "And social media increases women's presence in the public sphere." 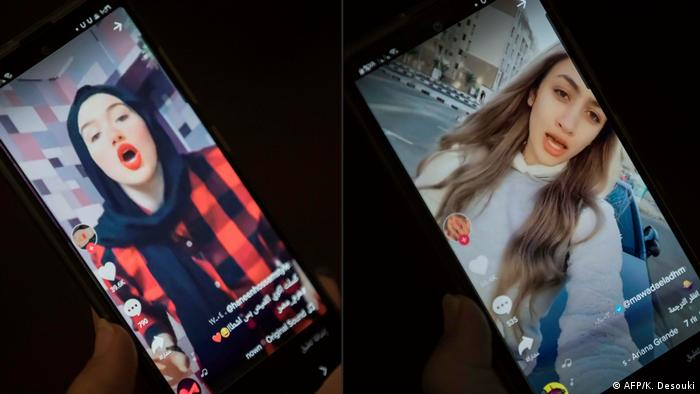 One 2020 study that reviewed available information on honor killings, reported around a third of victims are killed because of "moral deviancy." This and other studies say that most victims in this category are under 25.

Definition of the acts that "increase or erode honor" are constantly changing, adds Aisha K. Gill, a professor of criminology at the University of Roehampton in the UK, whose work focuses on honor violence. "With the rise of social media, my research supports concerns about how these codes are being used to further control online activities and shame women 'if they step out of line' or besmirch the family 'honor.' We need to lean in and further understand how these codes operate in the digital world," Gill concludes.

Iraqi Sanar Talib says her older brother assaulted her because she posted pictures of herself on social media, "He hit me so hard in the stomach I couldn't drink water or walk properly for days." The 27-year-old from Baghdad refused to use her real name for fear of further violence, adding: "And it's not just me. The same thing happens to many women in Iraq."

But, she adds, she feels the dangers of using social media are still outweighed by the benefits. "On one hand, it is dangerous when we challenge our families and our society," Talib told DW. "But look, years ago women were also being killed. It's just that nobody knew about it. Nobody demanded their rights. Now social media is the only way for some women to have a voice, to say: I exist."