The United Arab Emirates has scrapped laws defending "honor" killings, in a major reform of the country's criminal law. Alcohol restrictions have been eased and a ban on unmarried couples cohabiting has been lifted. 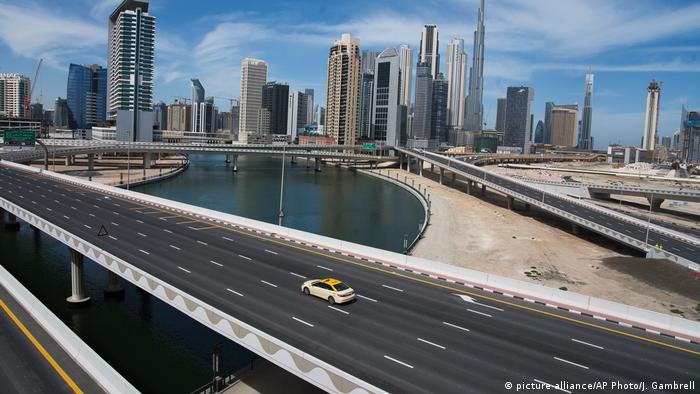 So-called "honor crimes" will now be publishable like any other crimes in the United Arab Emirates (UAE) after the Gulf state announced a sweeping overhaul of its Islamic legal code on Saturday.

In many Arab countries, "honor crimes" carry weaker penalties. The widely criticized custom means that male relatives may evade prosecution for assaulting or killing a woman who is seen as "dishonoring" a family.

The UAE will no longer have separate sentencing guidelines for "honor" killings, which previously carried reduced punishments of between three and 15 years in prison

In the future, those convicted will face life imprisonment or the death penalty. The only exception is if the victim's family waives its right to "retribution," but even in that case the penalty will be a minimum of seven years.

The legal reforms, which have been approved by UAE President Sheikh Khalifa bin Zayed Al-Nahyan also reportedly include higher penalties for other offenses targeting women.

Those convicted of sexual harassment will face tougher sentences, reported the Abu Dhabi-based newspaper The National. The paper also reported that those convicted of raping a minor or "someone with limited mental capacity" will now face the death penalty.

Women's organizations and human rights groups have been calling for years for the "honor" defense to be scrapped, saying it leads to men facing minimal punishment for murdering women.

The country is also scrapping its penalties for alcohol consumption and possession for people over 21 years of age.

Although alcoholic beverages are available in clubs and bars in numerous cities across the UAE, adults previously needed to possess a government-issued license to buy or transport alcohol as well as to keep liquor in their homes.

The changes appear to also allow Muslims who have been barred from obtaining the licenses to now drink freely.

A long-standing ban on unmarried couples living together will also be lifted.

Expatriates living in the UAE, who make up 90% of the country's population, will now be allowed to avoid Islamic Shariah courts for issues concerning divorce and inheritance.

Known for its skyscrapers and extravagant shopping malls, the UAE is seeking to boost its social and economic standing and to "consolidate the UAE's principles of tolerance," according to the state-run WAM news agency.

The oil-rich state is heavily dependent on foreign tourism and its expatriate workforce.

Sheikh Mohammed bin Rashid al Maktoum has announced a plan to land a spacecraft on the moon and study its surface by 2024. The mission would be the third phase of a much more ambitious space program for the Arab nation.