Biodiversity is under threat from development and climate change. Yet much of the planet's biodiversity isn't even known to science yet. Conservationists still struggle to find out what's really out there. 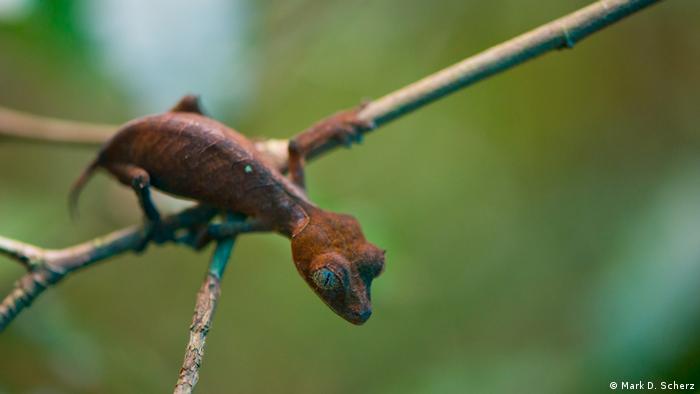 Moments of pure joy come in different forms for each of us.

Mark Scherz, a taxonomist and amphibian expert with the University of Munich, experienced a "totally elating moment" recently when a colleague handed him a bag during a trip to Madagascar.

"Inside this bag was a little brown frog and I immediately knew this was a new species," Scherz told DW. "Having something in your hand that you know nobody has seen before and that very probably is new to science — that is very satisfying, very exciting."

Frank Rheindt, a German ornithologist with the National University of Singapore was stopped in his tracks by a croaking bird song while on an expedition to a remote Indonesian island several years ago. It took three painstaking journeys in tricky conditions to finally hear it again.

"I think that discovery was probably the most gratifying moment of my career, of this very rare species out there in the mountains," Rheindt told DW.

The work of both species hunters will soon be recognized, when descriptions of new species of frog and grasshopper warbler are formally published.

For Rheindt, it will be the second time in 12 months, following the publication in the new year of his work identifying the strikingly colored Rote Myzomela , a new species of honeyeater bird endemic to Indonesia's isolated Rote Island.

This week, experts are meeting in Medellin, Colombia to discuss what governments can do to tackle the "unprecedented threats" to biodiversity. As a species, we have reshaped our planet in ways that could precipitate an unprecedented extinction crisis. 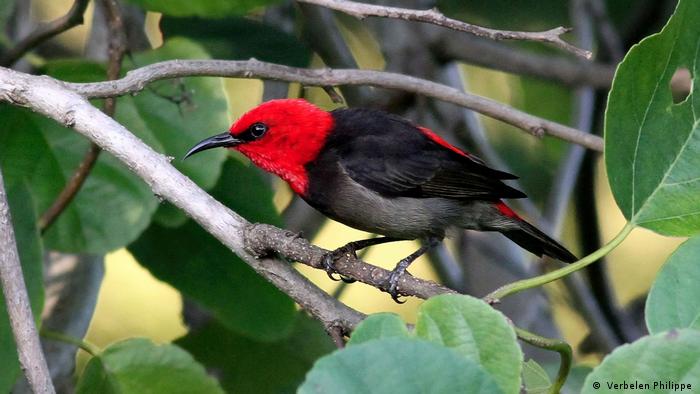 The Rote Myzomela - a few years ago, no one had heard of its existence

Yet alongside this looming threat, tens of thousands of unique species previously unknown to science are named every year. And that's just the tip of the iceberg.

"There are thousands of descriptions every year, but what I am trying to say is there should be half a million, with the number of species that exist," Rheindt said.

Finding undescribed organisms has largely been a side-product of taxonomy, the discipline of cataloguing and describing the world's biodiversity.

"The science is the description of the species. The discovery stuff is on the sidelines and nobody is really talking about it as much as they should be," Scherz said. "It's the really sexy part, you know, it's the part where we get to be in the forest and hang out with the animals."

Hanging out with animals can be an expensive business and conservation funding models tend to favor protecting species researchers and the public already know. But if your focus is finding new species by the specimen-jar load, then your chances increase exponentially the smaller an organism is.

"In Australia you can go to anybody's backyard in Brisbane and find a new species of spider in half an hour," according to Robert Whyte, a Queensland-based spider expert and author who has described a few endemic species. "There are that many." 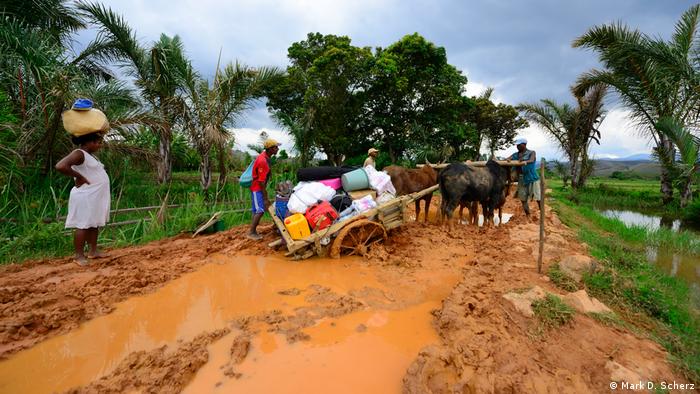 Species research is no piece of cake. For a project in Madagascar, equipment had to be transported through deep mud

He says that because of the country's geographically isolated evolution, there is still much to be learned about its biodiversity.

"We really don't know what is out there," Whyte told DW. "More than 75 new species of spiders alone came from 10 days' field work up in Cape York near Cooktown [Queensland]. I brought 40 specimens back. I did not expect all of them to be new species, but about 21 of the ones I looked at were."

Fungi are an even more fertile field for discovery. Despite their pivotal role in greening the planet hundreds of millions of years ago, it is estimated that a mindboggling 97 per cent of an estimated 3.2 million fungi species on Earth today are still undescribed.

"Fungi in some sense are the lost kingdom," Roo Vandegrift, a research assistant professor of fungal ecology at the University of Oregon, told DW. "For most of scientific history they were just considered weird plants — less evolved."

In 2014 Vandegrift and fungi expert Danny Newman visited Los Cedros, a protected reserve in the Ecuadorian Andes threatened by mining projects, to document the thousands of potentially undescribed species of fungi to be found there.

The wealth of neo-tropical biodiversity they found astounded them. Because of financing problems they turned to crowdfundingto sequence DNA from the species they collected.

"I will say the purest of fungal biodiversity expeditions that exist for that reason and that reason alone are in the pretty extreme minority, and it's a real shame," Newman said. "There is an extraordinary void in our knowledge, this disparity between known and unknown species. You'd think there would be these expeditions going on all the time, but there is no funding for them." 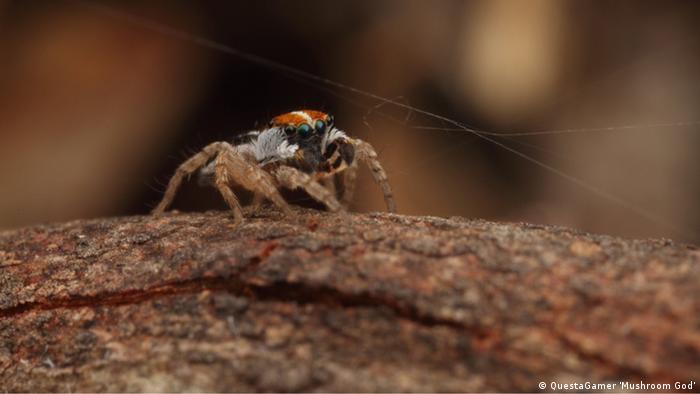 "It's 'save the whales, save the panda bears,'" Vandegrift added. "It's not 'save the rare and endangered moss.'"

Rummaging around remote jungles and museum libraries to give a name to an animal, plant, insect or fungus may be the exciting part of species discovery, but in many ways it is only the first step. "New" creatures are likely to be rare and, therefore, endangered.

"Within our lifetime, certainly within the next 20 years, there will be large numbers of species going extinct," Rheindt said. "If you don't even have names for them, there is no way of legislating conservation programs. What doesn't have a name cannot be protected."

He has proposed the honeyeater he helped discover be given a classification of vulnerable by the IUCN. Due to serious habitat loss, he says, the new species of grasshopper warbler that may not officially exist yet is already critically endangered.

"[Species discovery] is essential, because you can't make any sense of ecological studies without the names of things," Whyte said.

"You can't say 'Oh that little brown thing.' You need a holotype, you need it stored in a museum and you need to be able to go and check it to see if you've got the same thing. Because you've got to know what it is, what it is doing and what is happening."

A new species of frizzy-haired orangutans has been discovered in the remote jungles of Indonesia. With a population of only 800, the newly named Tapanuli orangutan is now the world's most endangered great ape. (02.11.2017)

Scientists have recorded a new species on a remote South Pacific island, but warn that habitat loss means it is already close to extinction. (27.09.2017)