Saudi women refugees in Germany: Still living in fear | Germany| News and in-depth reporting from Berlin and beyond | DW | 19.02.2019

Saudi women who have fled to Germany to request asylum continue to live under threat from their families. DW spoke with four such women and human rights experts who suspect the Saudi Embassy's involvement. 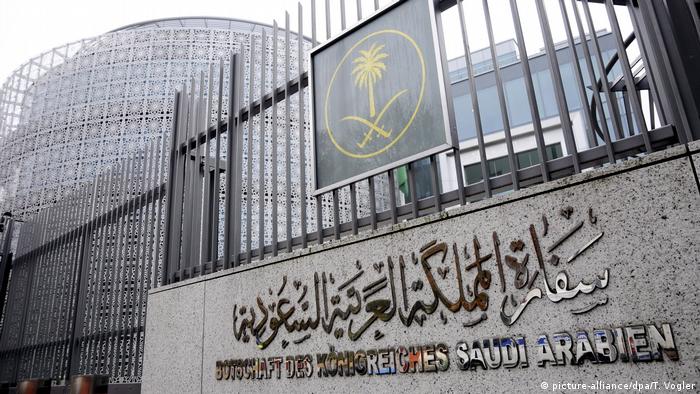 "Where are you hiding? We know you are not in your apartment." Ayasha* scrolls further. "We will get you. Even if you go to the end of the world, we have people who can track you down."

Ayasha sits barefoot in sweatpants and a T-shirt in her kitchen, in front of her a folder. In it, she has collected all the threatening messages she has received, printed and had translated into German by an official interpreter.

Another message reads: "The embassy has people who can get information about you through the city administration." It was sent from a Saudi number she recognizes: The threats came from her own family.

Now in her early thirties, Ayasha lives as a refugee in Germany. She fled from her family and a system that treats even adult women as underage and unable to lead their own lives. To do almost anything, Saudi women need the consent of a male guardian.

It was that way for Ayasha back in Saudi Arabia as well. Wherever she went, she was accompanied by one of her brothers, or taken by a driver and picked up again. Then, her family insisted she marry a man she had never seen in person, and who was unkind to her from the first moment they spoke. Ayasha forged a daring escape plan.

Ayasha recounts how she stole her father's cell phone — and then, to some extent, beat him at his own game. Her father used an app called Absher to monitor and control her actions. Absher, which is freely available in the App Store for Android and Apple phones, was launched in 2015 by the Saudi government and is advertised by the Saudi Ministry of the Interior.

More than 11 million users have already installed the program, according to its homepage. The app allows men to register the names and passport numbers of their female family members and then enter travel bans for them as they wish.

For Ayasha, Absher turned from a curse to a blessing: She managed to reset her father's password for the app and apply for a new one. Then she issued herself a travel permit, and in August 2017, boarded a plane to Germany. "I had nothing to lose," she says.

When she applied for asylum after landing, her path automatically led to Halberstadt — a small town in the eastern German state of Saxony-Anhalt. Germany's Federal Office for Migration and Refugees (BAMF) maintains a branch office here; it is the only office nationwide that processes asylum applications from Saudi Arabia.

'You will lose your life'

As a rule, the refugees live in the central refugee arrival center in Halberstadt for the duration of their asylum procedure. The four Saudi women DW spoke to intensively in recent weeks are convinced that they were monitored by other Arabic-speaking refugees. They suspect that this information then ended up with the Saudi embassy in Berlin and their families in Saudi Arabia. One of the women, in the presence of DW, filed a complaint against her husband in Saudi Arabia and against a former roommate from the Halberstadt center. For one and a half hours, police officials recorded her report. 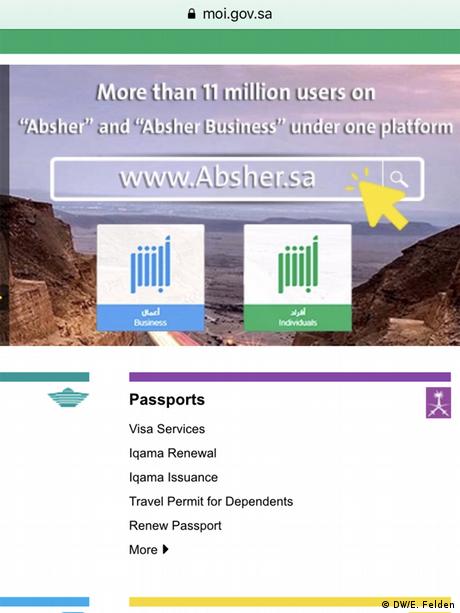 For now, there is no concrete evidence. There are just suspicions — like Nurah and Mashaael's. Shortly after their arrivals in Germany, they also started receiving the disturbing Whatsapp messages. "Do you think we don't know where you are?" suddenly appeared on the screen. Then came "The Saudi Embassy has given us the information. You will lose your life." Both women say the threats wrought psychological terror upon them. "There are so many Saudi women who have never had the chance to escape," says Mashaael. "This is the opportunity for us to be their voice."

In response to a DW request for information, the German Ministry of the Interior said it had no knowledge of possible spies within the reception centers in Saxony-Anhalt and pointed out that the operation of such centers is up to the authorities in each of Germany's 16 states.

DW received the following answer from the Ministry of the Interior in Saxony-Anhalt:

"The problem with regard to Saudi Arabian refugees is well known in Saxony-Anhalt, where the responsible authorities have developed procedures and appropriate measures for avoiding possibly dangerous situations for those affected."

However, the ministry did not provide any further information when asked which concrete problems were meant and what measures have been or are being taken.

The cruel death of journalist Jamal Khashoggi has thrown a spotlight on the Saudi approach to regime critics. The exiled journalist was strangled and dismembered at the Saudi consulate in Istanbul in early October by a 15-member team flown in for that purpose. His body has not been found. The United Nations is investigating the case.

Escaping could mean prison — or even death

In early January 2019, the spectacular escape of 18-year-old Saudi citizen Rahaf Mohammed Alqunun made headlines worldwide. The young woman wanted to flee from her family to Australia, but was stopped by local authorities while on a stopover in the Thai capital, Bangkok.

She escaped imminent deportation by barricading herself in the transit area of the airport, pointing out her plight via Twitter and finally being placed under the protection of the UN refugee agency, UNHCR. Alqunun received asylum in Canada.

Other cases appear not to have turned out well. Dina Ali's, for instance. She also tried to flee to Australia in April 2017. She was stopped in the Philippines and deported to Saudi Arabia. She has not been heard from since.

"If women are forcibly returned to Saudi Arabia they could end up on charges of disobedience, [...] but can also face charges of harming the reputation of the kingdom by the simple act of escaping and even seeking asylum,” said Rothna Begum of the human rights organization Human Rights Watch. "They could end up being in prison but could also end up with a very, very long sentence. And because Saudi Arabia does not have a criminal code, they could also end up facing the death penalty if the Saudi authorities deem their actions to amount to such a level."

Begum confirmed to DW that her organization is aware of cases in which women who have escaped their familial circumstances "are finding themselves pressured by the Saudi authorities to return to their families."

'I think it's the embassy'

Stefan Paintner, of the Cologne-based Secular Refugee Aid, also finds the Saudi women's accounts credible. It is striking how much the women's families — far away in Saudi Arabia — knew about the women's whereabouts: "Either it is the case that every single family intensely searches Germany to find the respective women," says Paintner, "or there is a central organization that does it for the families. I think it's the embassy. I have no evidence, but this surveillance is a bit beyond what a family can manage to do."

Paintner also believes that other refugees are recruited at the central reception center in Halberstadt to report information to the Saudi Embassy in Berlin. "I do not think it's hard out there to get people [recruited], but I do not believe it to be a sophisticated network of agents."

Saudi refugees 'in a goldfish bowl'

According to Saxony-Anhalt's state Interior Ministry, at the beginning of February 2019, 146 refugees from Saudi Arabia were registered with state authorities, of which 97 were granted a right of residence. But even those who receive a positive asylum decision must remain in Saxony-Anhalt, as an in-state residence requirement applies to all refugees.

This means that after the positive asylum decision, refugees must first remain registered for three years in the same state in which they have gone through their asylum procedure. Since all Saudi refugees go through Halberstadt, that means they are required to continue residing exclusively in Saxony-Anhalt.

Being concentrated in just one state — Germany's tenth most populous, with just small cities and a mostly rural population — facilitates the search. In Halberstadt, a city with only 45,000 inhabitants, those affected are essentially as visible to Saudi authorities as if they were "in a goldfish bowl," the refugee aid organization's Paintner complains.

The Saxony-Anhalt Interior Ministry told DW that in certain justified cases, the in-state residency requirement can be lifted. However, authorities allow exceptions exclusively "within the framework of individual case studies, which we may utilize." Ayasha is one such exception.

After her asylum application was approved in October 2017, she first moved into a small apartment in the city of Halle, just under 100 kilometers (62 miles) from Halberstadt. But from the very beginning she did not feel safe there, she reports. One night, a man who she believed to be of Arab descent was suddenly standing in front of her door in the hallway. Ayasha informed the police — but she could not file a complaint, because nothing punishable happened, she was told.

Then, in early August 2018, there was a knock on the door in the morning. A veiled woman was standing there. "She looked confused, as if she needed help," Ayasha recalls. But when she opened the door, the woman pushed her into her apartment; from the side a black-haired man with a beard jumped out and pushed his way in as well. The two ransacked the apartment while Ayasha frantically locked herself in the bathroom. She called the police again and moved to a women's shelter. 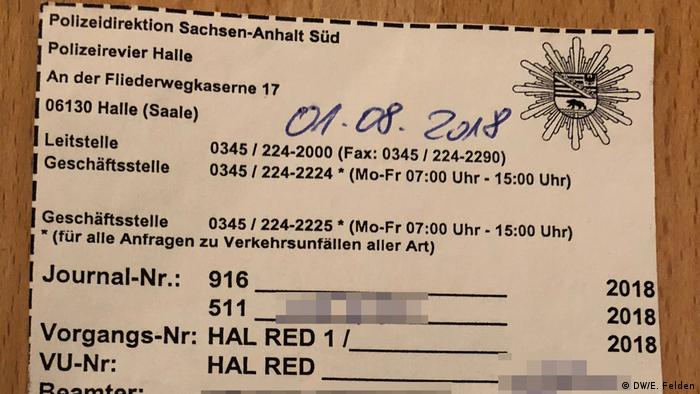 Ayasha's confirmation that she reported to the police

'Nobody can protect you from us'

Then, suddenly, came the Whatsapp message from Saudi Arabia. Someone had evidently betrayed her German number to her family. The tone of the message was clear: "Should I tell you a secret, so you know we'll get you? You know those people who came to your apartment? We sent them to you just so you know we can get you."

That's how it went for two days. "By the way, it's only a matter of time before we find your new home, and no one can protect you from us," read another of the many messages. Ayasha says the Saudi phone number from which the texts were sent belongs to one of her brothers.

In September 2018 she left Saxony-Anhalt and fled to the anonymity of Germany's second largest city Hamburg where she now lives. She has a new phone and a new number. Nevertheless, she remains vigilant.

Despite several attempts at contact, the Saudi Embassy in Berlin was not willing to talk to DW about these or other similar cases.

*Editors' note: All names have been changed to protect the women's identities and whereabouts.

The UN team investigating the killing of journalist Jamal Khashoggi has on Monday held talks with Turkish officials. The meeting is the first of several planned for the week-long visit. (28.01.2019)