The trial of 11 women's rights activists in Riyadh has drawn sharp criticism from Western countries. Some of the women have said they were tortured and sexually abused during interrogation. 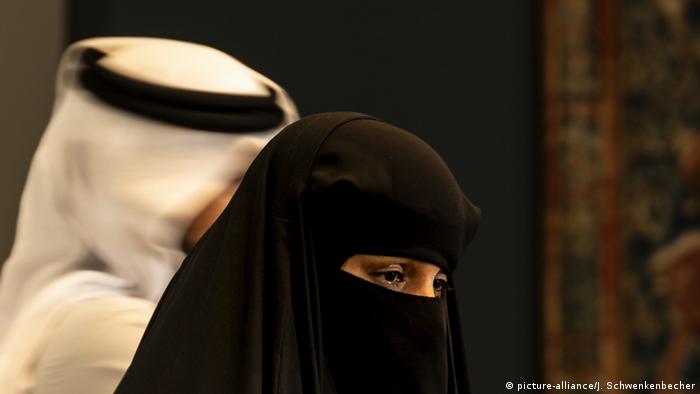 Saudi women activists told a court on Wednesday they had been subjected to torture and sexual abuse during more than nine months of detention, according to courtroom sources.

Eleven women face charges related to contact with international media and human rights groups, in a case that has drawn criticism from Western countries. No journalists or diplomats were allowed to observe the second hearing of the case at Riyadh's criminal court.

Sources with access to the trial told the Agence France-Presse and Reuters news agencies that some of the women described being subjected to electric shocks, flogging and sexual abuse.

The Saudi government, under international condemnation over the assassination of Washington Post columnist Jamal Khashoggi at the kingdom's consulate in Istanbul in October, has rejected the allegations of abuse.

Female activists protesting harsh restrictions on women in the kingdom, including the male guardianship system and a driving ban lifted last year, were arrested in May and detained without charge.

Hathloul's brother, Walid, accuses Saud al-Qahtani, a top adviser to Crown Prince Mohammed bin Salman, of being present during the abuse. Al-Qahtani was fired in October over his alleged role in the Khashoggi murder.

"The top adviser of the prince was threatening to rape my sister, kill her, cut her body into pieces," Walid told CNN. "He's the one who should be in court today, not my sister."

Walid told DW earlier this month that his sister had been forced to sign a petition requesting forgiveness from the Saudi king.

Public prosecutors accuse the women of undermining the kingdom's security, stability and national unity, while state-backed media have labeled them traitors and "agents of embassies."

Some three dozen countries, including all 28 EU members, Canada and Australia, have called on Saudi authorities to release the women.

There has been speculation that international pressure could possibly lead to the women receiving acquittals or pardons.

Prince Mohammed, the kingdom's de facto ruler and heir to the crown, has launched a crackdown since last year in a bid to muzzle dissent. The renewed repression and Khashoggi's murder have tarnished his carefully crafted image as an economic and social reformer.

Saudi women detained since May to go on trial

Some of the activists have allegedly been tortured and sexually harassed in Saudi Arabia. They will go on trial for undermining "the kingdom's security, stability and national unity." (02.03.2019)