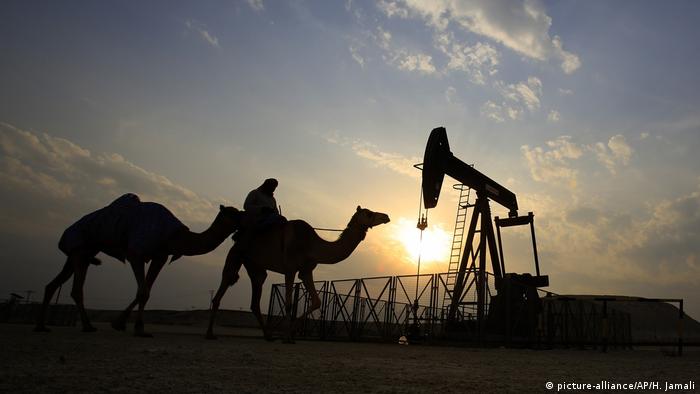 Saudi Arabia announced on Monday it will raise its oil exports to a record 10.6 million barrels per day from May as global oil prices continue to plummet. The move comes amid an escalating price war with Russia.

Crude oil prices plunged to their lowest level in 17 years on Monday as the effects of the coronavirus pandemic took their toll on the global economy. Stock markets are reacting to the prospect of confinement and social distancing measures around the world continuing for weeks or even months to come.

"The kingdom plans to raise its petroleum exports by 600,000 barrels per day from May," a Saudi energy ministry official the told state-run SPA news agency, bringing its total daily exports to 10.6 million. Saudi Arabia is the world's top oil exporter and has already made a sharp increase in exports during April.

Overall, Saudi Arabia will add an extra 3.6 million barrels per day to the global supply — as oil prices continue to sink.

US President Donald Trump spoke on the phone with Russian President Vladimir Putin on Monday, discussing the plummeting oil prices and the ongoing price war between Moscow and Riyadh.

The two presidents agreed that their energy ministers would hold talks on what measures could be taken to stabilize the global oil markets, the Kremlin said.

Trump has been critical of Russia's part in sinking oil prices. "They [Russia and Saudi Arabia] both went crazy," Trump told Fox News earlier on Monday. "And we don't want to have a dead industry."

Trump said he expects Putin to ask the US to lift various sanctions in place on Russia, but did not say whether he would comply in order to seek an end to the ongoing price war. The sanctions were mainly put in place over Russia's annexation of Crimea, and the alleged part that the Russian government played in the 2016 US presidential election.

Aramco is continuing to up the ante as part of an oil price war with its Russian counterpart. Russia said it was considering a similar output boost while also leaving the door open to further negotiations with OPEC. (11.03.2020)

The state-run oil giant posted a full-year profit of $88.12 billion due to lower crude oil prices and production volumes. The results are well below expectations and come just three months after its record-setting IPO. (15.03.2020)