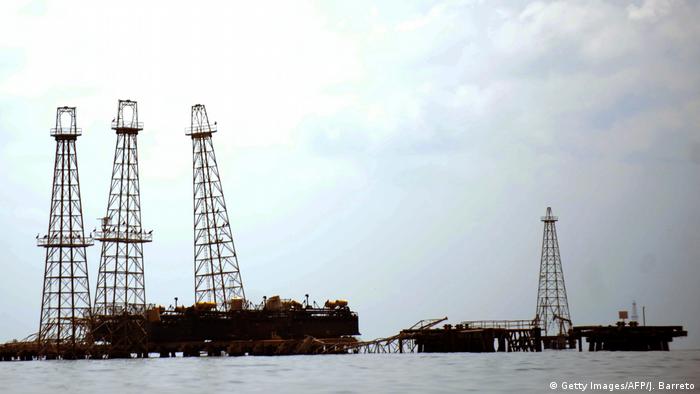 Russian oil production giant Rosneft said Saturday it had ceased operating in Venezuela and transferred its assets to a company own entirely by the Russian government.

The move is apparently intended to shield the company from US sanctions aimed at punishing entities that do business with the government of President Nicolas Maduro.

The sale came after two Rosneft subsidiaries were sanctioned by the US for their oil-related activities in Venezuela in the past months.

Rosneft is led by Igor Sechin, a long-term insider of Russian President Vladimir's inner circle. Sechin said the company's move means "all assets and trading operations of Rosneft in Venezuela and/or connected with Venezuela will be disposed of, terminated or liquidated." These include multiple joint ventures, oil-field services companies and trading activities. The name of the new company remains unknown.

If the US were to sanction Rosneft in the future, it would be directly sanctioning Putin's government.

The US, along with numerous other nations, considers the Maduro government illegitimate and supporters its challenger, Juan Guaido, who named himself interim president last year. Russia, in turn, supports Maduro. Its economic involvement in the South American country has provided vital cash flows to the government as the country grapples with rampant inflation.

Earlier in the week, the US publicly indicted Maduro and top aides on narcoterrorism charges, saying the socialist government converted the Venezuelan state into a system serving drug cartels, money launderers and guerillas from neighboring Colombia who sent cocaine to the US.

One of the figures indicted was Cliver Alcala, a former army general and close associate of Maduro's predecessor, Hugo Chavez. He had retired when Maduro took power in 2013 and became an opponent of the new president, most recently supporting the opposition campaign of Juan Guaido to oust the president. But the US indictment alleges he was involved with the narcotrafficking conspiracy run by Maduro and other high-ranking officials.

Alcala, who had been living in Colombia, turned himself into Colombian authorities on Friday and was reportedly flown to New York to face charges. There had been a $10 million (€8.9 million) reward for his capture.

The former head of Venezuela's military intelligence unit, Hugo Carvajal, is also reportedly discussing his possible surrender to US officials. He similarly faces drug-trafficking charges. Carvajal has been in hiding since November, when a Spanish court approved his extradition to the US. American officials believe he could provide extensive information on the drug activities of Maduro and his circle.

The US has been increasing pressure on Venezuela in an attempt to choke off support and resources going to the Maduro government as the country battles an economic and humanitarian crisis. Millions of Venezuelans have fled the country and those who remain face severe shortages of food and medicine.

The crisis could worsen as the coronavirus pandemic increasingly spreads through Latin America, including Venezuela. On Saturday, Guaido called for an emergency government to be formed in order to fight the health crisis posed by the coronavirus but said that Maduro could not be part of it.