Saudi Crown Prince Mohammed bin Salman continued a charm offensive in a two-day visit to China, signing off on a $10 billion oil deal, and pledged assistance in the "de-radicalization of extremist thinking." 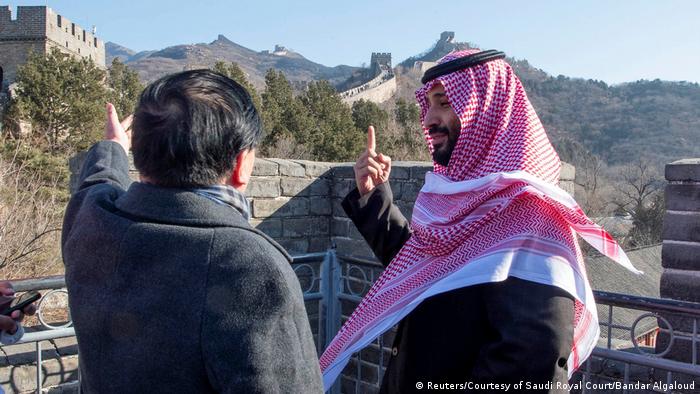 This, among other deals hashed out in 35 memorandums of understanding, could see it regain its place as China's main oil exporter. The countries saw a 33 percent increase in bilateral trade last year, according to the crown prince.

"Saudi Arabia's relations with China can be traced back a very long time in the past," bin Salman said.

"Over such long periods of exchanges with China, we have never experienced any problems."

His counterpart, Chinese President Xi Jinping, expressed a similar sentiment. "China is a good friend and a partner to Saudi Arabia," he said.

Bin Salman and his party arrived in the Chinese capital on Thursday after stops in India and Pakistan.

China for its part, was hoping to tap into the "enormous potential" of the Saudi economy and "deepen cooperation."

"All countries in the world have the right to develop, and Saudi Arabia is an emerging market country with enormous potential," Foreign Minister Wang Yi said.

The two countries have been pursuing separate, but equally ambitious economic plans. China has been securing partnerships for its Belt and Road Initiative – a $900 billion trade corridor from Asia to Europe.

Likewise, Riyadh has been pursuing the "Saudi Vision 2030", to diversify Saudi Arabia's economy from oil.

The two sides also discussed increased cooperation in areas like anti-terrorism, law enforcement and security. China expressed interested in exchanging experiences about de-radicalization, a likely reference to "internment camps" in the country's west, set up to "educate" Muslims and Uighurs.

Such camps have drawn sharp condemnation, a UN committee describing the autonomous region as "something that resembles a massive internment camp that is shrouded in secrecy", housing some one million Uighurs.

But the Saudi crown prince said his country was against "interference by external forces in China's internal affairs", saying that it "firmly supported" Beijing's so-called security efforts. 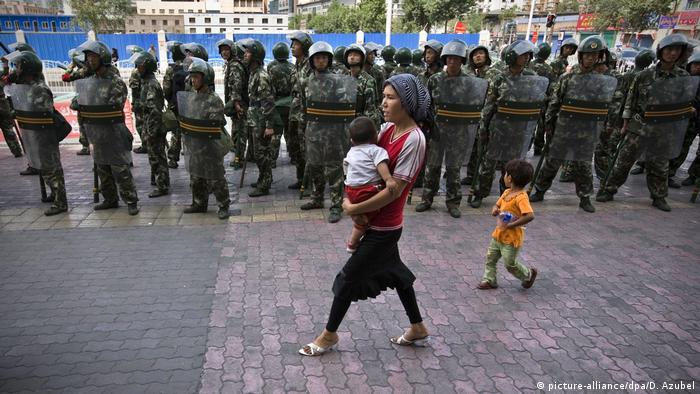 The Saudi visit comes amid global criticism over the killing of journalist Jamal Khashogghi as well as the country's human rights record and its role in the conflict in Yemen.

The crown prince is expected to leave Beijing Friday night, moving on to South Korea.