Members of the Uighur community and others Muslims in China have been treated as "enemies of the state" and held in secret camps, a UN anti-discrimination body has said. Beijing has previously denied such camps exist. 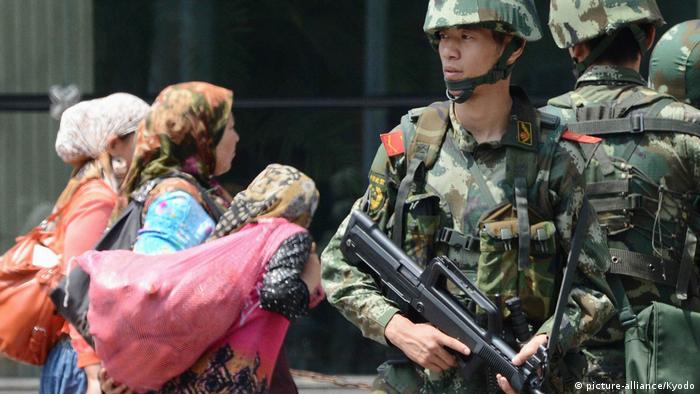 On Friday, the UN Committee on the Elimination of Racial Discrimination began a two-day annual review of human rights in China by voicing "deep concern" over the situation facing Muslim Uighurs in the country.

Speaking in Geneva, the committee's vice-chairwoman, Gay McDougall, said credible reports suggest that China's approach to combating religious extremism "has changed the Uighur autonomous region into something that resembles a massive internment camp that is shrouded in secrecy, a sort of no rights zone."

She also claimed that as many as 2 million more Uighurs in China's Xinjiang autonomous region were being forced into "political camps for indoctrination."

Sources cited in McDougall's remarks included Chinese Human Rights Defenders, an activist group, which last month reported that 21 percent of all 2017 arrests in China were made in Xinjiang.

The 50-member Chinese delegation in Geneva did not respond to McDougall's allegations. Earlier in the day, China's UN ambassador in Geneva, Yu Jianhua, said his country was taking steps to achieve equality and solidarity between all ethnic groups.

'Enemies of the state'

McDougall accused China of treating Uighurs and other Muslims like "enemies of the state" due to their ethnic and religious identity. Citing the "arbitrary and mass detention of almost 1 million Uighurs," committee member Fatima-Binta Victoire Dah asked the Chinese delegation: "What is the level of religious freedom now available to Uighurs in China, what legal protection exists for them to practice their religion?"

China claims the Xinjiang region is facing threats from Islamists and extremists engaged in attacks and fomenting unrest between its Uighur minority and the Han majority. Critics say the Uighur are being kept under surveillance and targeted by the government, with thousands being sent to detention and indoctrination centers.

The Geneva committee will convene for its second day of meetings on Monday.