Reports suggest Russia is preparing to test a hypersonic missile that would be almost impossible to intercept. The Zircon rocket will be capable of traveling up to six times the speed of sound. 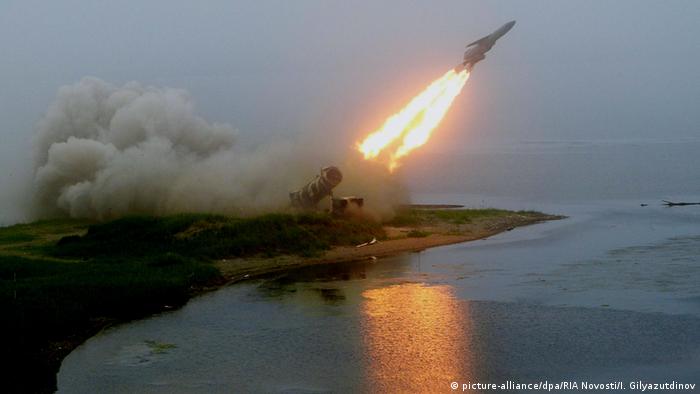 If the new anti-ship technology succeeds, Zircon will be able to cover a distance of 250 kilometers (155 miles) in just 2.5 minutes - so fast as to make it almost immune to interception by conventional technology.

"It will greatly reduce the reaction time that they (Western military units) have to deploy their own defenses and counter-measures," said Ripley, who covers defense issues for "Jane's Defence Weekly" magazine.

After being in development for several years, Russia's Interfax news agency last month cited a source familiar with the Zircon project who said the 5-ton missile is likely to be tested for the first time this spring "from a sea-based platform." That's earlier than the original projected date of 2018.

Russian media reported the missile could be fully operational by the end of the decade.

The hastening of Zircon's tests comes amid the weakest point in relations between the West and Moscow since the Cold War, fueled by the Ukraine crisis, the war in Syria and Russia's alleged interference in Western politics - including the US presidential election.

Several UK newspapers reported on Zircon's development in recent days, warning that it would make even the most sophisticated US and British warships - including aircraft carriers - more vulnerable to attack.

For instance, Britain's two newest naval carriers - HMS Queen Elizabeth and HMS Prince of Wales - which are expected to enter service in 2020, can only stop missiles traveling at around half of Zircon's speed, "The Independent" reported. 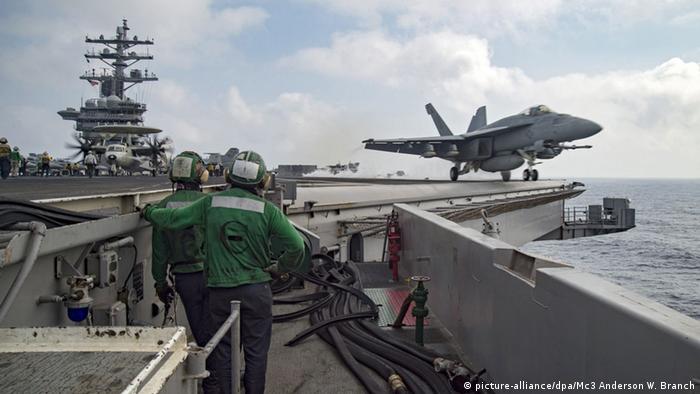 The warships have cost the British government 7 billion pounds (8.1 billion euros, $8.7 billion) to procure, and Russia's latest hypersonic weapon could turn them into the biggest military white elephants ever.

Zircon can be programmed during its flight to search out and attack its target and could even reach a distance of about 500 kilometers, according to Russian media.

Ripley, who is the author of several books on military conflicts and technology, says other applications for Zircon's hypersonic capabilities could include land attacks, which would open up the vulnerabilities of European cities to Russian strikes.

"With modification, the kind of attacks that America has launched against Iraq, Afghanistan and Serbia in the past are clearly possible," said the UK-based defense journalist.

US trails other powers 'in the public domain'

While the US is also developing its own hypersonic weapons, they are not yet believed to be close to production.

Last year, a report by the US National Academies of Science concluded that America was falling behind Russia and China in the hypersonic weapons race. It called for further investment in missiles that travel, almost undetectably, at speeds of Mach 5 or faster. 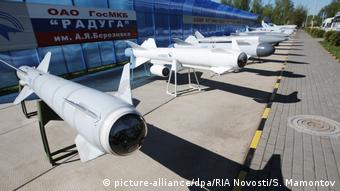 'In the public domain,' Russia has the edge in the hypersonic missile race

"In the public domain, the West seems to be quite a long way behind," Ripley told DW. "But that doesn't mean there isn't some black, super-secret project run by the US' Defense Advanced Research Projects Agency, or DARPA."

DARPA is allotted an estimated $3 billion annual budget to develop emerging technologies for use by the US military.

Ripley believes the West is right to be worried about Russia's military advances, warning that a new arms race was now unavoidable.

"We're in a period of possible military parity again. Recently we've had Ukraine, Crimea and Syria, where Russia has deployed weapons that are certainly on a par with their American and British equivalents, including cruise missiles from submarines," he said, adding that Zircon will push Russia ahead.

Noting that US President Donald Trump recently ordered a 9.4 percent increase in military spending worth some $54 billion, Ripley is watching to see if European leaders follow suit.

In recent months, Washington has stepped up the pressure on Germany to commit more of its budget surpluses to military spending. Earlier this month, Chancellor Angela Merkel promised Trump her government would work toward meeting the NATO target of 2 percent of gross domestic product (GDP) on defense by 2025.

But while Germany and France have been ruffled by the rhetoric from Washington about NATO's relevance in the 21st century, the Berlin government is loathe to increase military spending so swiftly to meet the alliance's target. To do so, its current projected budget of 36 billion euros for 2017 would have to rise by a third.

"That's the thing to watch now, whether Europe actually steps up and starts investing in weapons and equipment to counter the latest products coming out of Russia, China and India," Ripley told DW.

Representatives from Ukraine, Poland, Georgia, Latvia, Lithuania and Estonia have urged the US to keep sanctions against Russia in place. They also asked for more military support from Washington. (08.03.2017)