Russia′s forests threatened by illegal logging | Europe | News and current affairs from around the continent | DW | 25.03.2019

Almost half of Russia is covered with forests. However, much of the vast country's woodlands, which absorb millions of tons of CO2, are under threat from mismanagement, illegal deforestation and corruption. 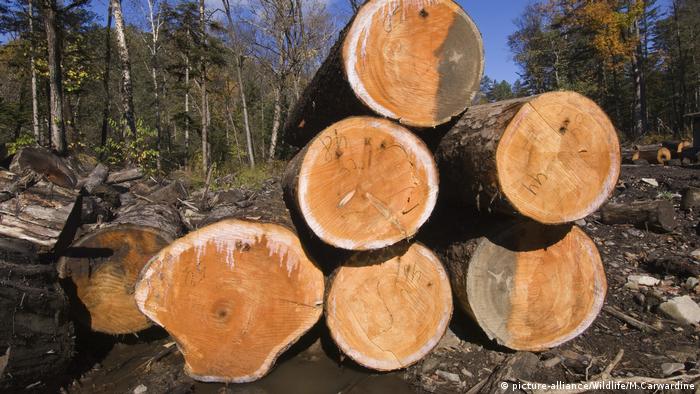 Forestry worker Oleg Shadrin is standing knee deep in snow. Stretching out behind him is an area as large as six football fields. Tree trunks peppered throughout tower up into the sky.

"They should have been dug out, with young firs planted in their place," says Shadrin, 35, struggling to conceal his anger. He claims that a few months earlier Chinese workers "illegally" cleared the forest, which which is located around seven hours drive north of Omsk, near the village of Yekaterinovka, of its firs and transported the wood away. The trees were felled with modern machinery.

Such reports are painfully familiar to Nikolay Shmatkov from the World Wide Fund for Nature (WWF). "Illegal deforestation is especially common in the far east and along the Russian-Chinese border," he says.

Shmatkov believes that the law enforcement officials are stretched to their limits, and that they stood by without taking action — or even cashed in on the logging. Often, he says, it is not the Chinese but the Russian forestry workers who then sell the wood, without the necessary permissions, in China. Admittedly, Shmatkov adds, the Chinese customs officers make sure that the necessary papers are in order, "but getting hold of these is no problem in Russia."

Corruption is allegedly widespread amongst state authorities and the politicians who protect them, lining their own pockets in the process. Other contributing factors include poverty among many inhabitants in the remote regions, the indifference of much of Russian society, as well as mismanagement. 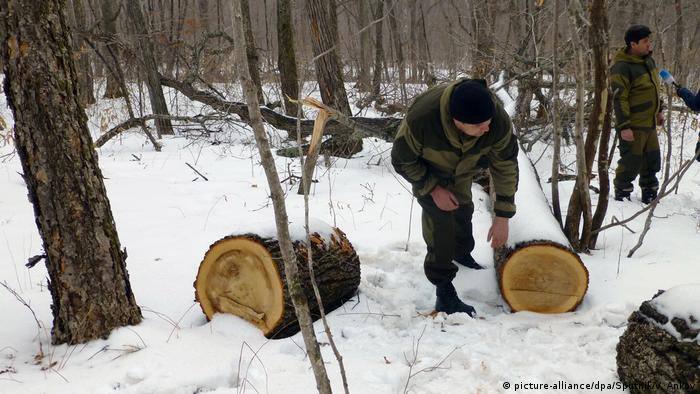 Unknown state of the forest

"Even the ministries responsible in Moscow — or in the respective regions — don't know which trees are growing where," says Shmatkov, adding that in some instances the information held by the authorities is centuries old.

There are millions of hectares of land where it is unclear whether they are agricultural or forest areas. Often the government and the administrative bodies are lacking the funds to get clear indications.

Greenpeace sees things similarly. The official statistics give a rose-tinted view of the state of Russian woodlands — allegedly hardly any wood is stolen, and forest fires are effectively dealt with — but "this is very far from the reality" says Alexey Yaroshenko from Greenpeace Russia.

Since 2006, the situation has dramatically worsened. It was then the government issued a new law to protect the forest — but the predominant aim was to save money. As a result, significantly fewer people work for the state forestry authority, which means that fewer people are protecting the forest from overexploitation.

Going by official numbers, only a little over 3 percent of the entire Russian forest area is designated for the preservation of biodiversity, according to Greenpeace. Yaroshenko estimates that around a fifth of wood produced in Russia ends up in China.

According to media reports, in 2001 Russian President Vladimir Putin ordered that state forest monitoring be relaxed. Another impeding factor when it comes to keeping tabs on Russian forests is that virtually all of the country's woodlands are under government ownership, explains Shmatkov. Precise information is a state secret. The pro-government Russian media either downplay or conceal the threat to unspoiled nature. 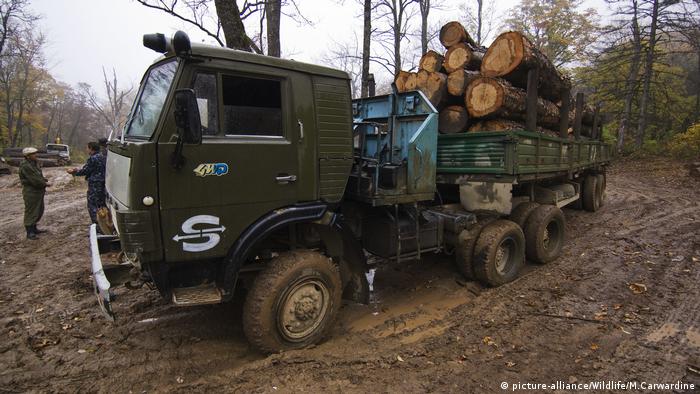 Official sources claim that Russia's forests are, in fact, growing a little every year. However, this assertion cannot be properly substantiated. In reality, Shmatkov says that rare and expensive wood is being felled and — at best — replaced with cheaper varieties.

For example in the far east of the continent, the Mongolian oak and the Manchurian ash are under threat. Both are among the most valuable varieties of wood. According to experts from the WWF, they are mostly exported to China. The result is that Russia's forests, which guarantee and nurture biodiversity, are shrinking.

Read more: Protecting our forests — a vital ecosystem under threat

China is the world's biggest importer of wood products. Environmental experts in Moscow estimate that around 20 percent of the wood exported from Russia to China is felled illegally. The country, which has the world's second-largest paper industry, needs the wood from Siberia, which it processes into furniture or parquet flooring. These products, in turn, are exported around the world — including to Russia.