Russian voices for sale in media war on Germany | Europe | News and current affairs from around the continent | DW | 04.02.2016

Russian voices for sale in media war on Germany 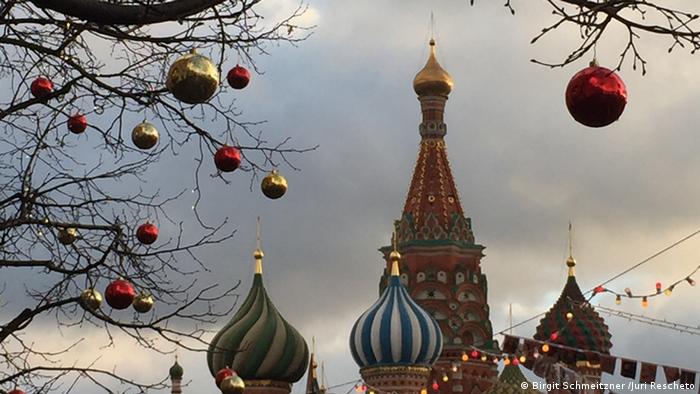 We were supposed to meet outdoors, in the park. But it was snowing so heavily that we had to move our meeting inside, to a drab local bar. Somehow, this setting better suited the topic of our conversation anyway.

Sitting across from me is Roman Dobrochotov. In his early 30s, he has a slight build and comes across as the stereotypical "likable computer nerd." At first, he is guarded and avoids making eye contact. But that changes as we talk.

Dobrochotov is not afraid to use his real name, even though the things he's telling me could cost him his freedom, or even his life. He describes himself as a "journalist and activist," adding: "In our country, that's normal if you want to be a good journalist."

And if you don't? "Then you can buy your opinions and your interview partners." Like Russia's "Channel One" did in the media coverage about Lisa, a Russian girl in Berlin who told her parents that she had been abducted and raped by a group of refugees. 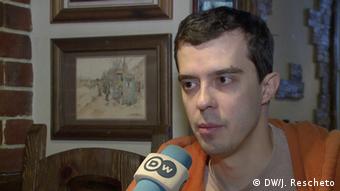 Roman Dobrochotov is fighting against the Kremlin propaganda machine

She has since told police that she made up the story about being kidnapped; evidence shows she spent the night at a friend's house. Dobrochotov says her case is not unique, adding that Russian TV is constantly producing reports about criminal migrants in Europe. He calls it the "news artillery."

On January 14, the Russian army TV channel "Zvezda" again issued a warning about Europe's moral apocalypse. The title of the report: "Europe - Paradox of Tolerance." One of the key figures in the report was a woman called Viktoria Schmidt from Germany. Voice shaking, she spoke of supposed atrocities committed by migrants. She explained how she carried pepper spray with her everywhere she went. She said she planned to move back to Russia with her husband because life in Germany had become unbearable.

"The thing is," says Dobrochotov, "there is no Viktoria Schmidt. The woman's real name is Natalia Weiss, she lives in Hanover, and is a sort of agent who puts Russian broadcasters in touch with interview partners in Germany. But sometimes she does the job herself."

Dobrochotov found the woman and called her. He posed as a Russian TV producer looking for a protagonist for a report. He put their conversation on his website, called "The Insider."

Weiss indicated her willingness to work with him. She said her price depends on the kind of service she provides and the broadcaster's budget.

"What kind of person are you looking for? What age, sex? German-speaking or Russian?" she asked. She said other clients pay up to 1,000 euros, but that there were cheaper options. At the end of their conversation, she can be heard saying: "Then just pay what you can." And, she added, she has more than enough topics to offer, scripts, too. "Just let me know what exactly you want!"

It might be an easy way to make some money for her. But for millions of others, the opinions she supplies represent the bitter truth about Germany. Up to 6 million people in Germany can receive and understand Russian television. 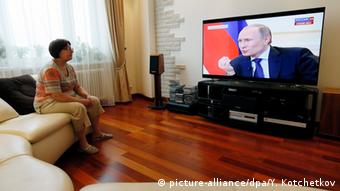 So what exactly is going on? "To outsiders, it seems like a well-planned strategy by state-controlled Russian broadcasters who are being used by the Kremlin in its fight against the West and, in particular, Germany," said Dobrochotov. "President Putin against Chancellor Merkel. Putin is bombing Syria, forcing more Syrians to flee to Germany. Meanwhile, in Germany, fringe groups, like the Russian Germans, are being provoked into hate campaigns and protests against Syrians. That's making the country increasingly unstable, and upping pressure on Merkel to resign," he said.

But Dobrochotov says the plan won't work. He says it's no secret that the Kremlin is co-financing ultranationalist groups such as the "Black International," which are among the groups organizing anti-Merkel demonstrations. But in the end, he believes Germans will elect the chancellor they want, not the one the Kremlin wants. And that person will be anything but nationalistic, the Russian activist says with confidence.

"Many Russian immigrants are shocked by these anti-Merkel demos. They used to be proud to be from the country that freed Germany from fascism. Now, they're afraid that people associate them with neo-Nazis. And that's unfair."

"The Independent" is a small group of freelance journalists and researchers in Moscow financed by ads, crowdfunding, and "a few friends" (whom Dobrochotov declines to name). They report online about sensitive topics such as political prisoners, the Litvinenko murder, political intrigues, the Russian Orthodox Church, or, as in this case, Russian opinion makers for sale in Germany. Does Dobrochotov ever fear for his life?

"We're still too insignificant for the authorities. We get a maximum of a million clicks per month. For the Kremlin, you start to be interesting when you're getting half a million per day."

Still, he asks me to refrain from mentioning our exact meeting place.

Pussy Riot is back in high heels to tackle corruption

Punk activist Nadezhda Tolokonnikova is back in a new Pussy Riot video - her style may have changed, but the resistance continues. The song "Chaika" targets Russia's prosecutor general. (04.02.2016)

Russian secret services are said to have been responsible for a cyber attack on the German parliament last year. There are a whole series of indications that Kremlin strategists have their sights set on Germany. (02.02.2016)

Allegations of rape claimed by a Russian-German teenager have been deemed false by investigators in Berlin. They say the 13-year-old invented the story to mask having run away over problems she faced at school. (29.01.2016)