Allegations of rape claimed by a Russian-German teenager have been deemed false by investigators in Berlin. They say the 13-year-old invented the story to mask having run away over problems she faced at school. 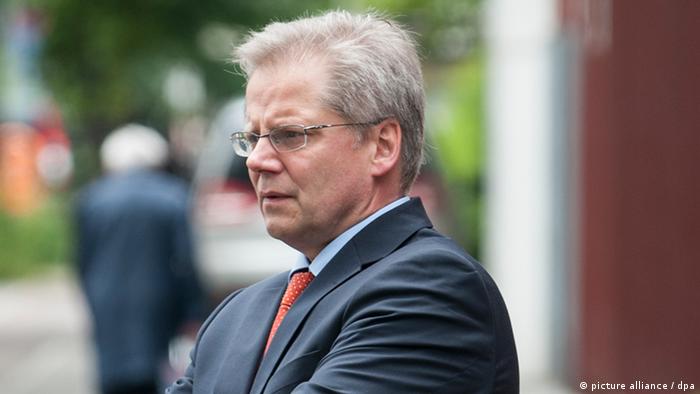 The girl who claimed to have been abducted and sexually abused by men from "southern" countries had in fact run away from home and then sought a convincing cover story, according to Berlin's authorities.

Some 4 million people in Germany have Russian as a mother tongue - Russians of German heritage, Russians, Jews. Most just cultivate their gardens, but some tend the bees in their bonnets, says DW's Alexander Warkentin.

"Using data from her broken mobile phone, we were able to access information about a young German man aged 19 - an acquaintance of the 13-year-old girl," Martin Steltner, spokesman for the prosecutor's office, told the AFP news agency.

"The young girl wanted to hide at his house because she was having problems in school," said Steltner, adding that some of her possessions were discovered at his house. The man will not be charged, but will serve as an eye-witness in the case.

Between January 11 and 12, the girl - identified as Lisa - disappeared for 30 hours, after which she reappeared and filed a police report that three men from "southern countries" abducted her from a railway station in Berlin, then took her to a house where they raped her.

The incident triggered an international row between Moscow and Berlin after Russian Foreign Minister Sergey Lavrov on Tuesday claimed that information regarding the case was "covered up" by German authorities, adding that he hoped "migration problems" would not drive authorities to "paint over reality with political correctness."

A Russian foreign ministry spokeswoman said on Friday that they learned about the alleged incident through media and not German authorities, which prompted confusion regarding the case.

This criticism prompted a German promise the following day, from Foreign Minister Frank-Walter Steinmeier, to keep Russia's ambassador personally abreast of any developments. Steinmeier asked Moscow to rely on this direct line, rather than the continuing media reports on the incident.

"I would like to say that the situation has been very complicated since the very beginning," said foreign ministry spokeswoman Maria Zakharova.

"However, it became confusing because neither we nor German citizens and family members heard clear comments from representatives of the relevant law enforcement agencies in Germany," Zakharova added.

Russian state television network Channel One broke the story of the alleged rape with a report by their Berlin correspondent Ivan Blagoy on January 16.

Other Russian networks also broadcast the story, with pro-Kremlin channel NTV saying she was held as a sex slave, adding that "in Germany and in Sweden, residents are regularly raped by refugees … but the local authorities and police hide these facts and do not open criminal investigations."

"The new developments clearly expose the propaganda that was linked to this case in the past few days," said Berlin's State Interior Minister Frank Henkel, according to DPA news agency.