Russian airstrike against ′IS′ kills three Turkish soldiers in Syria | Middle East | News and analysis of events in the Arab world | DW | 09.02.2017

The two nations back opposing sides of the Syrian civil war, but both are fighting against "Islamic State." Their respective leaders agreed to work more closely henceforth to coordinate military action against the group. 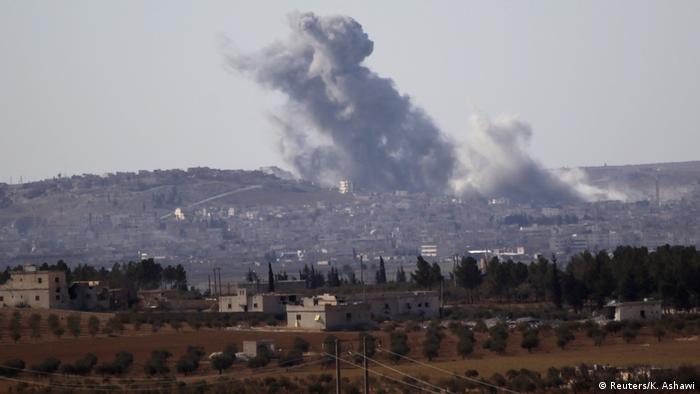 A Russian airstrike in Syria killed three Turkish soldiers and injured 11 others as they both fought the so-called "Islamic State" (IS) Turkish officials announced on Thursday.

The attack happened on Thursday morning near the northern Syrian town of al-Bab, which Turkish troops and Turkish-backed Syrian opposition fighters were trying to capture from IS militants.

"During an operation by a Russian Federation warplane against "Islamic State" targets in the region of the Euphrates Shield operation in Syria, a bomb accidentally hit a building used by Turkish Army units," the Turkish military said in a statement. 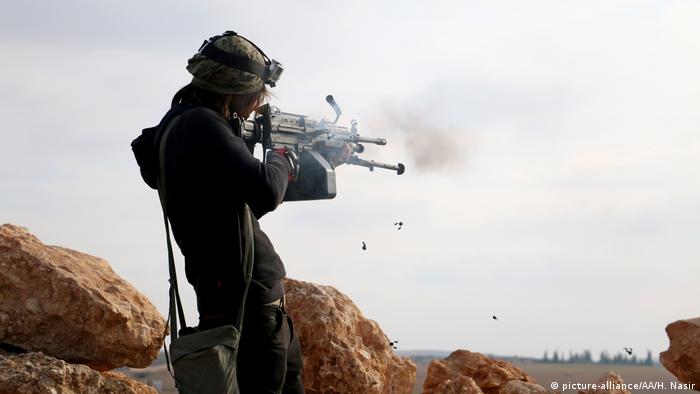 "It was agreed to enhance military coordination in the course of the operation in Syria against "Islamic State" fighters and other extremist organizations," the statement added.

"Russian jets were carrying out a military mission to destroy IS positions in the area of Al-Bab," a Defense Ministry statement said. The two military chiefs "agreed on closer coordination of joint actions and also the exchange of information about the situation on the ground," it said. Troops clash outside IS town

In the same area, Turkish-backed Syrian opposition fighters briefly clashed with Syrian government allied troops on the outskirts the IS-held town. It was the first such confrontation since the Turkey-backed offensive began in northern Syria last August.

Heavily fortified IS forces in al-Bab were effectively encircled as Syrian government forces and their allies, aided by Russian airstrikes pushed from the south, while Turkish troops, backing Syrian opposition fighters, pushed their way from the western part of the town.

The two countries back opposing sides of the six-year civil in Syria, but are both fighting against IS in various parts of the country.

Russia and Turkey only recently repaired ties after Turkey shot down a Russian jet near the border with Syria two years ago. In late December, the two countries brokered a ceasefire for Syria and in January they sponsored peace talks in Astana, Kazakhstan, attended by Syrian rebels and President Bashar Assad's government officials.

News of the deaths came as Turkey was holding funerals for five Turkish soldiers killed in an IS attack the day before. The Russian airstrike raised Turkey's death toll in Syria to 64.