Syrian rebels and Turkish forces have taken control of hills around the "IS"-controlled town of al-Bab in Syria. Presidents Trump and Erdogan meanwhile spoke by phone, a possible sign of improving US-Turkey relations. 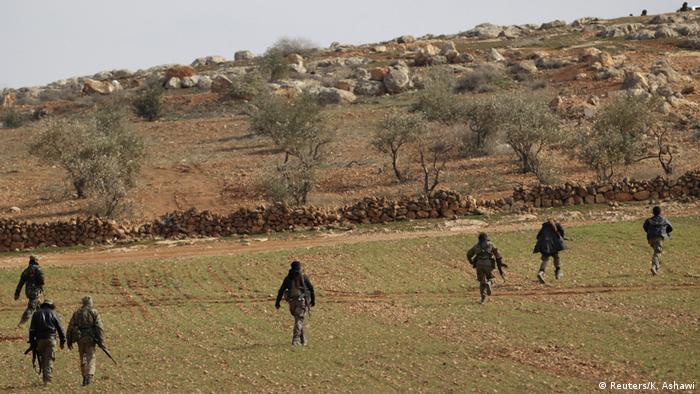 Two Turkish soldiers were killed and 15 slightly wounded in the clashes on Tuesday night and Wednesday morning with so-called "Islamic State" (IS) militants in northern Syria, Turkey's military said on Wednesday. It later said that 58 IS fighters had been killed in the al-Bab operations so far.

Syrian rebels and Turkish special forces "have made progress" in northern Syria in the fight against IS, Turkish Foreign Minister Mevlut Cavusoglu said on Wednesday. IS fighters in the area are now surrounded by the Syrian army from the south and Turkish-backed rebels in the north, as Damascus and Ankara race to take IS' largest stronghold in Aleppo province, the Syrian Observatory for Human Rights said on Monday.

In their first phone call since the new US leader took office, US President Donald Trump and Turkey's Recep Tayyip Erdogan discussed acting together in Turkey's battle to capture al-Bab from IS and taking the main IS stronghold of Raqqa, a Turkish presidential source said on Wednesday.

A member of the US-led coalition against IS, NATO-member Turkey launched a unilateral incursion into Syria in August, backing Syrian rebels to clear its border of IS jihadists - but also pushing back against the same Syrian Kurdish militia that is receiving western military assistance in the region.

Washington has regarded Kurdish forces in both Iraq and Syria as some of the most effective groups int he fight against IS, but Ankara has criticized the partnership, saying the fighters are tied to Turkish Kurdish groups like the Kurdistan Workers' Party.

But Ankara was angered by US support under president Obama for Syrian Kurdish militia, which Washington regarded as the most effective group in the fight against IS. A Turkish presidential source told the AFP news agency that during the phone call, Erdogan stressed the importance of Turkey's fight against the outlawed Kurdish Workers' Party (PKK) and said that Washington should not support the Kurdish Democratic Union Party (PYD) and Kurdish Peoples' Protection Units (YPG).

Turkey sees the PYD and its armed wing, the YPG, as terrorist groups and branches of the PKK, outlawed in Turkey and blamed foran insurgency dating back to 1984. 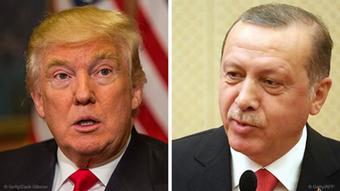 And then there's Gulen

Erdogan also reportedly said Ankara expected Washington to stand by Ankara in its attempt to have US-based preacher Fethullah Gulen extradited to Turkey.

The White House said that in the phone call Trump had spoken of the "their shared commitment to combating terrorism in all its forms," adding that the president had reiterated US support for Turkey as a "strategic partner and NATO ally."