Russia sends nuclear-capable bombers to Venezuela | World | Breaking news and perspectives from around the globe | DW | 12.12.2018

Russian President Vladimir Putin and Venezuelan President Nicolas Maduro have been making a diplomatic show of their friendship, leaving Washington wary of Russia's participation in a Venezuelan military exercise. 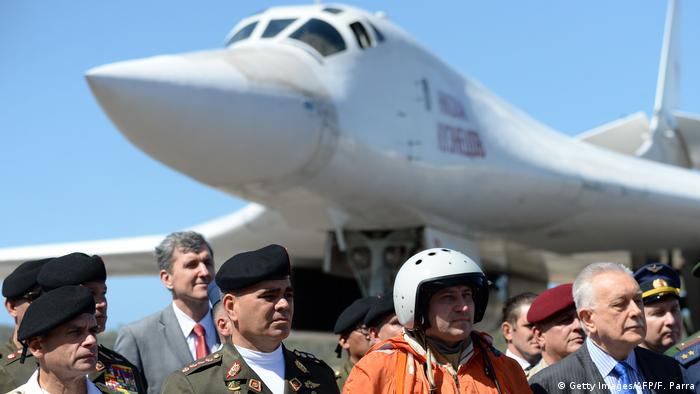 A few Russian state media journalists enjoyed the opportunity to take selfies with a nuclear-capable bomber on Monday when two Russian Tupolev Tu-160s — their NATO code name is Blackjack — landed at Maiquetia airport near Caracas. The planes had flown almost 10,000 kilometers (6,213 miles) from their base in Saratov, accompanied by Norwegian fighter planes for part of the stretch.

Russian pilots have given the supersonic bombers the charming nickname "white swan" — but their cargo is deadly. The Tu-160 can fly long distances without refueling, and it can also be equipped with numerous nuclear cruise missiles and bombs.

The US government does not share the Russian reporters' obvious enthusiasm at the arrival of the bombers. US Secretary of State Mike Pompeo is not known for his diplomatic nature, but even taking that into account, his reaction to the Russian bombers' flight to a Russian-Venezuelan military exercise was harsh and clear. Pompeo writes on Twitter that Russia has sent its two planes halfway around the world. "The Russian government has sent bombers halfway around the world to Venezuela. The Russian and Venezuelan people should see this for what it is: two corrupt governments squandering public funds, and squelching liberty and freedom while their people suffer," he wrote on Twitter.

Kremlin spokesman Dimitri Peskov responded on Tuesday, saying that Pompeo's words were "highly undiplomatic" and "completely inappropriate." Concerning the idea that Russia is squandering money, the Kremlin spokesman said a country that could feed the hungry across Africa "with half of its defense budget should not take the liberty to make such a remark."

Read more: Maduro and Putin — United by oil and isolation

The battle of words between Moscow and Washington is reminiscent of the Cold War. The two superpowers are "official military opponents again," says Danish peace researcher Hans Kristensen director of the Washington-based Nuclear Information Project at the Federation of American Scientists (FAS).

There is virtually no trusting communication between the US and Russia, he told DW, adding that both sides are "noisily beating their chests," trying to signal deterrence. Many small steps add up to a small Cold War, he said. "That's a worrying trend."

Moscow also sent the bombers at a noteworthy time, Kristensen said. "There were similar bomber operations in 2008, during the Georgia war." At the same time, there is speculation about troop reinforcements on the Ukrainian border after the tensions increased in the Sea of Azov, he said — but warned against panicking. It is not the first time Russian planes have participated in such a military exercise, he said. "There is currently nothing at stake in this part of the world. We are far from a Cuba crisis." 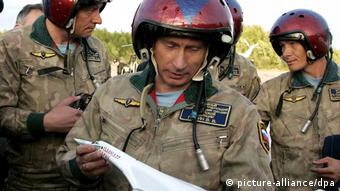 Putin at a 2005 Russian-Chinese military maneuver

US worried about its backyard

Pentagon spokesman Robert Manning sharply criticized Moscow while at the same time underlining Washington's civilian aid in the region. "Our focus on South America is different," he said. "While Russia sends bombers, we provide a hospital ship."

The "USNS Comfort" has been underway along the South American coast and in the Caribbean since October, helping provide medical aid to Venezuelan refugees. Russia sends "bomber aircraft instead of humanitarian assistance," Manning said. About 20,000 people were examined and 600 operations carried out over eight weeks on the ship currently anchored off the coast of Honduras, according to US information.

It is a clear sign that the US is "on the side of the Venezuelan people in a moment of need," Manning said. The country has suffered from inflation and hunger for years, and almost 2.5 million Venezuelans have left their country since 2014. President Nicolas Maduro has driven the world's oil-richest country into isolation with socialist slogans and autocratic politics. 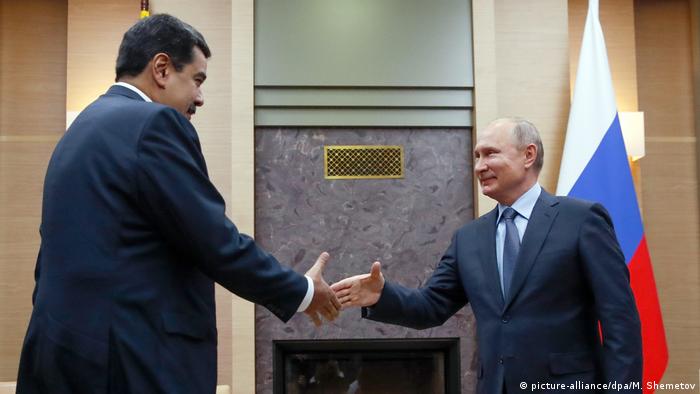 "Venezuela and Russia are peacemakers, not warmongers," argued Venezuelan Defense Minister Vladimir Padrino, adding that no one should worry about the nuclear bombers in Caracas. "We are preparing to defend Venezuela to the last square centimeter, and we will do that with our friends, because we have friends in the world," he said, a barb directed at the US.

Maduro visited his counterpart Putin in Moscow just a few days ago, underlining the friendship with Russia. The Russian president recently threatened countermeasures should the US withdraw from the INF treaty on medium-range missiles. In Russia, there was talk of stationing missiles in Latin America, and Venezuela was mentioned as a possible base. So is this the Cuba crisis reloaded after all? Putin's spokesman dismissed the idea. At this point in time, it is out of the question for Venezuela, too: the constitution forbids a foreign base in the country.