Russia says alleged mercenaries are 'in no way connected' with Belarus

The Russians detained near Minsk were heading to Istanbul and have nothing to do with the elections in Belarus, Russian authorities said. Belarus claims they are mercenaries sent in to destabilize the country. 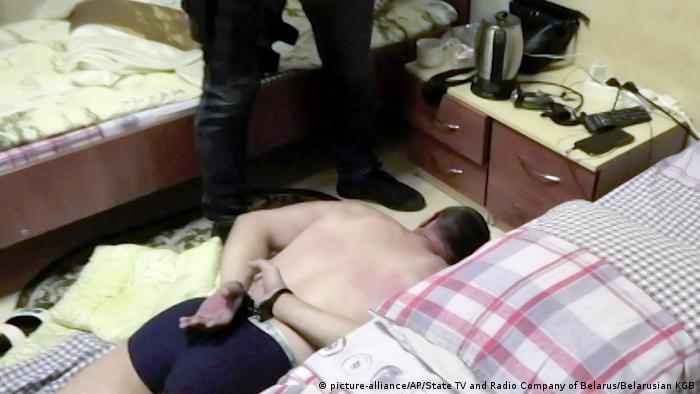 Moscow has no plans to interfere in the election campaign in Belarus, Kremlin spokesman Dmitry Peskov said on Friday, following an arrest of what Belarus claims to be a group of Russian militants near Minsk.

"We can now say with a high degree of certainty that these Russian nationals were in transit in Belarus," Peskov said, adding that they "had tickets for Istanbul" and were then to continue their journey to an unspecified country.

He described them as members of a private security company.

"Their stay [in Belarus] was in no way connected with Belarus or the goings-on in Belarus," Peskov told reporters.

The authorities in Belarus, led by Vladimir Putin's long-time ally Alexander Lukashenko, launched a probe against 33 men on suspicion of terrorism, and started a nationwide search for other members of the group. The country's security officials described the men as mercenaries working for Russian private military contractor Wagner. The secretive company is believed to be connected to top Kremlin officials. Belarus says the men were aiming to "destabilize the situation during the election campaign" in which strongman Lukashenko is seeking a sixth term. Two Lukashenko opponents, politician Mikola Statkevich and the husband of presidential candidate Sviatlana Tsikhanouskaya, Siarhei Tsikhanouski, are being investigated alongside the men for preparing mass unrest. Tsikhanouskaya dismissed the allegations at a campaign rally on Thursday. 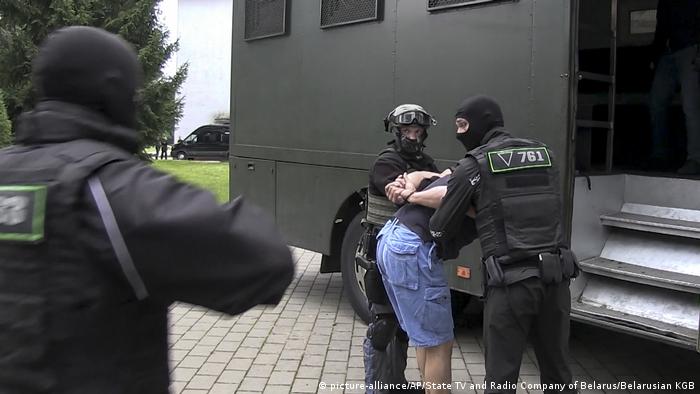 State media broadcast footage of some of Wednesday's arrests

While Lukashenko stopped short of blaming Russia for sending the men, the arrest might be seen as a signal of a growing rift between the two post-Soviet leaders.

Read more:   Opinion: Lukashenko is playing games to keep his grip on power

Russia initially kept silent, but yesterday Peskov dismissed claims of Russian interference as "nothing but insinuations." Some media reports speculated that the group was headed to Sudan, after spotting Sudanese currency, a Sudanese phone card, and some Arabic script on the published video of the arrest. Wagner militants have been reported fighting in the African country, and are also believed to be deployed in Libya, Syria, and Ukraine.

On Friday, the Kremlin spokesman said the arrests were "groundless" and that Russia expected the men to be released soon.

The group "carried nothing illegal and committed no unlawful acts," Peskov said.

Lukashenko came to power in Belarus in 1994, but is facing an increasingly uphill battle in this election cycle. In June, he claimed to have foiled an unrelated coup attempt and arrested one his main rivals, Viktor Babariko, on suspicion of financial crimes. He also claimed earlier this week to have had and recovered from an "asymptomatic" bout of COVID-19.