Opinion: Lukashenko is playing games to keep his grip on power

Belarus stunned Moscow by arresting a group of Russian mercenaries, accusing them of destabilizing the country's political situation. But President Lukashenko is just trying to save himself, says DW's Konstantin Eggert. 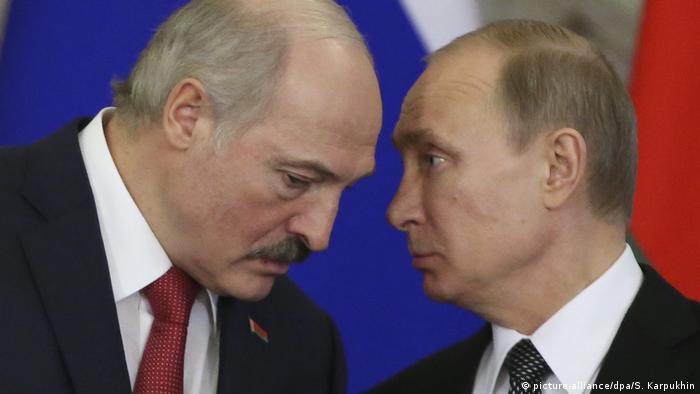 The mysterious story of alleged Russian mercenaries from the secretive paramilitary Wagner Group being detained by the Belarussian security service — still aptly called the KGB, Soviet-style — has stunned the public in Russia and Belarus.

The authorities accused the Russians of trying to destabilize the situation in Belarus in the run up to the presidential elections on August 9. President Alexander Lukashenko, who has ruled the country since 1994, is facing a united and determined democratic opposition in what may be the toughest political fight of his life.

Lukashenko has demanded an explanation from Russia. Moscow in turn has denied any involvement.

Arrest of Russian mercenaries is bizarre

Some details of the behavior of the 32 detainees, as revealed by Belarussian state media, verge on the absurd. The heavily-muscled Russians allegedly stood out to the security services because, unlike normal Russian tourists, they did not drink alcohol or indulge in any entertainment. They also wore military-style clothing. 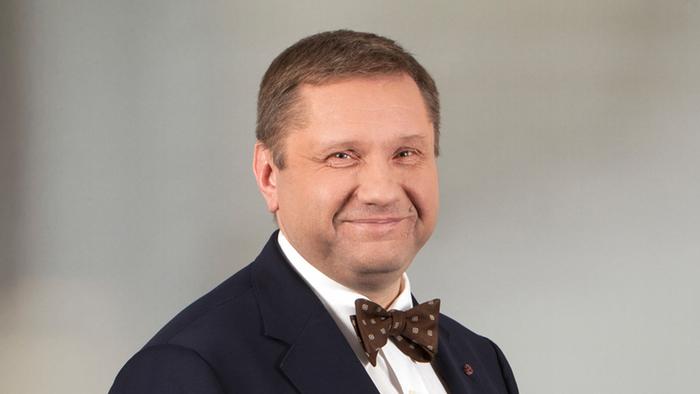 The group had only three suitcases between them, but they were so heavy that they needed several people at a time to carry them. The mercenaries also wore patches with slogans such as "Our business is death, and business is going well."

Anonymous representatives of the Belarussian security services told state TV that the detainees belonged to "Russian power structures" — a term used to describe the army and security services in Russian parlance.

What game is Minsk playing?

According to Russian media reports, Belarus has long served as a transit point for Russian mercenaries heading to African countries, such as Sudan, Libya and the Central African Republic. If this is true, then such things are impossible without the direct sanction of Lukashenko.

So there are three possible versions of events. The first is the official one: That Russian mercenaries indeed came to blow up the situation in Belarus and overthrow President Lukashenko. But that's not very believable. After all, potential participants in coups d'état usually operate quietly and are not caught wearing crazy patches on their clothing.

The second version is that although Russian President Vladimir Putin does not like Lukashenko, a fact widely acknowledged by analysts in Moscow and Minsk, the possible victory for his democratic opposition suits him even less.

So the Kremlin 'loaned' Minsk the mercenary troops, allowing the Belarussian president to stir up political tensions, smear his opposition or maybe even cancel the elections altogether.

In the Alice in Wonderland world of Belarussian politics, this is not inconceivable. But it is also a cumbersome and risky move for the notoriously control-obsessed Putin. 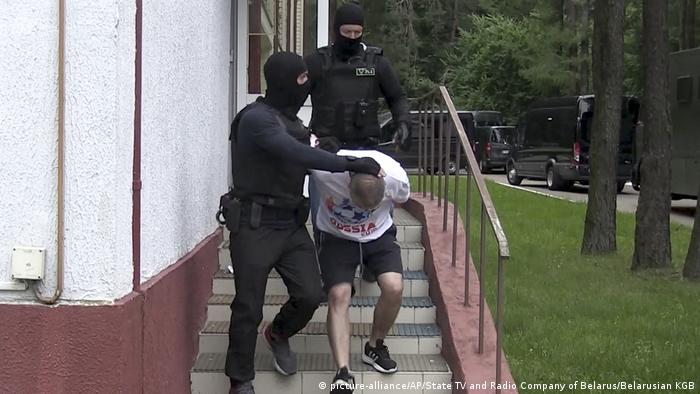 Belarussian state TV released images of the Russians being arrested, as well as their names

The final version is so far the most plausible. Lukashenko regularly fluctuates between posing as an ally of Russia one minute and staunch defender of Belarus' independence from Moscow the next.

It is quite possible he thinks the Kremlin wants to remove him and find a Moscow-friendly opposition politician they can more easily work with.

So most likely he decided to send a signal both to Moscow and to his domestic rivals by ordering his security forces to grab the unsuspecting Russians, who were in fact just following their standard route to Africa.

In doing this, Lukashenko sends a message to Putin: ‘Don't tread on my ground,' to the opposition: ‘Beware emergency measures any time,' and also to the West: ‘If you do not want a Putin puppet in Minsk, put up with my regime instead!'

It is interesting that Belarussian state media also published a list of names of the detained — a definite affront to Moscow. Some of the people on that list were immediately identified by Russian and Ukrainian experts as participants in the war in eastern Ukraine who were operating for Moscow-backed separatists.

Kyiv would like them to be extradited on several charges. If Ukraine files such a request, Lukashenko's response will show if he is prepared to back his anti-Moscow rhetoric with action and hand the mercenaries over to Ukrainian authorities. However, the safe bet is that he won't.

Opposition worried about being accused

In another development, leading opposition candidate Svetlana Tikhanovskaya, whose husband Sergei, a popular blogger, has been arrested on what are widely believed to be false charges, told a rally in Minsk that authorities are already trying to link him to the mercenaries and accuse Mr Tikhanovsky of 'incitement to mass disturbances.'

Everything now will depend on the outcome of the August 9 presidential vote. The Belarussian president probably expects the opposition will not recognize the results and stage mass protests. He will probably use the mercenaries and the 'coup d'état' story as a propaganda vehicle to clamp down hard on any dissent.

After what Lukashenko hopes will be an efficient suppression of the protests he may let the detained Russians go quietly. It is not in his interest to torch his relationship with Putin beyond what is necessary to stay in power.

However, if Lukashenko pushes the Russian connection story further, for example, by staging a trial, all bets will be off. And Putin is not known for forgiveness.