After over 30 alleged Russian mercenaries were detained in Belarus, Moscow dismissed the claims the men were sent in to destabilize the smaller country. The Kremlin said they did not know why the group was detained. 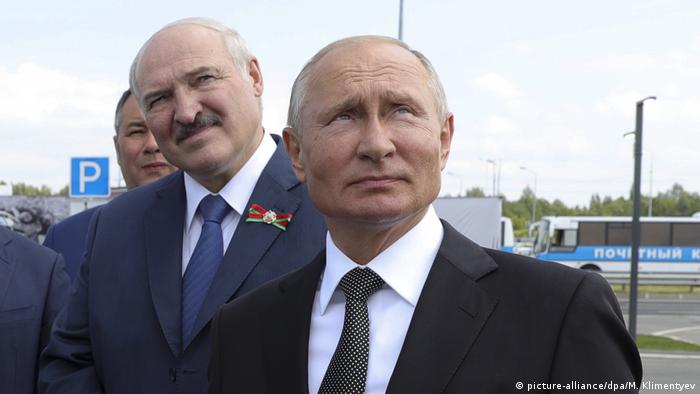 Russia "does not know anything" about why the group of 33 Russian nationals had been detained in Belarus, Kremlin spokesman Dmitry Peskov said on Thursday.

Previously, Belarus authorities claimed that the men were a part of a secretive Russian mercenary company Wagner and were sent in to "destabilize the situation during the election campaign" as Belarus strongman Alexander Lukashenko runs for his sixth term. Belarus is now investigating the group on suspicion of "the preparation of terrorist acts."  Up to 200 alleged mercenaries are said to be in Belarus and the authorities are currently searching for them.

Lukashenko summoned the Russian ambassador over the incident but stopped short of directly blaming Russia, which is his closest and most important ally. He also did not provide details on the group's alleged agenda. Belarus investigators later told Interfax that opposition politician Mikola Statkevich and the husband of presidential candidate Sviatlana Tsikhanouskaya, Siarhei Tsikhanouski, were being investigated alongside the men for preparing mass unrest.

Moscow only commented on the issue on day following the incident, with Vladimir Putin's spokesman Peskov saying Russia has "no information on any unlawful action" committed by the detained men.

"Insinuations have appeared that some organizations from Russia are sending someone [to Belarus],"  Peskov told reporters. "This is nothing but insinuations!"

He added that "anything like that is out of the question," when taking into account Minsk and Moscow's friendly ties.

"We hope we will get the information which would help figure this out," Peskov said.

Wagner does not exist according to Russian law

Meanwhile, Ukraine said they would demand extradition of several of the men from Belarus, as some of the detainees are believed to have been active in the rebel-controlled Donbass region in Ukraine. Although Russian law does not acknowledge the existence of private military contractors, Wagner militants have been reported in Ukraine, Syria, Sudan, and Libya. They are believed to be controlled by officials close to the Kremlin. Some reports indicated that the Belarus group might have been on their way to Sudan, noting Sudanese currency and a Sudanese phone card visible in the footage of their arrest.

When asked about the claims that the detained men were Wagner mercenaries, Peskov replied with a question of his own.

When asked if the the company was active despite its legal status, Peskov said he had "no information about any military companies."