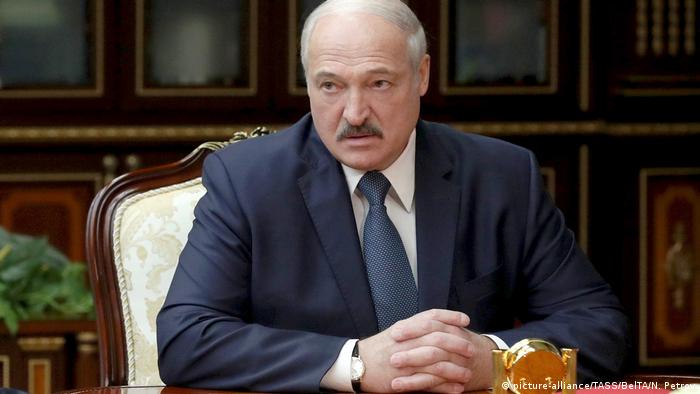 The Belarusian president on Friday said that political forces from "both the West and from the East" had concentrated their efforts on precipitating unrest in Belarus.

Lukashenko did not name a specific country, but he said the plans were underway to foment a revolution akin to Ukraine's Maidan square protests of 2014.

"That was the goal. The masks were torn not only from certain puppets we had here but also from puppeteers who sit outside Belarus," Lukashenko said.

On Thursday, Belarusian authorities arrested Lukashenko's most serious political opponent Viktor Babariko ahead of a presidential election in August. 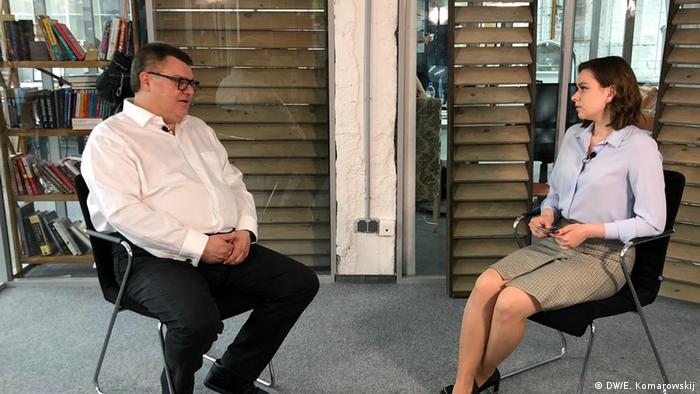 Babriko was head of the local offshoot of Russia's Gazprombank before running for president. He was considered a realistic threat to Lukashenko's chances at the polls.

Lukashenko has ruled the ex-Soviet country with an iron fist for the past 26 years. He was speaking after authorities opened a criminal case against Belgazprombank officials.

The German Foreign Office on Friday highlighted Babariko's arrest and called for free and fair elections in accordance with standards set by the Organization for Security and Co-operation in Europe.

"We are watching the recent escalation in the election campaign in Belarus with great concern," said a foreign office spokesman. "A politically-motivated prosecution for the elimination of political opponents would be a major setback of freedom of expression and democracy in Belarus."

The 65-year-old former collective farm director Lukashenko has been facing his biggest political challenge for 26 years amid frustration over his handling of the coronavirus pandemic. In mid-March he dismissed concerns about COVID-19 as a "frenzy and psychosis" and said that driving tractors, drinking vodka and going to saunas could stop people from contracting the infection.

The economy and human rights grievances have also figured in the run-up to the poll.

Lukashenko gave no details to substantiate his insistence that there had been a plot, and did not say which countries were involved. However, in response to Babariko's arrest, a top security official described him as being controlled by Russian puppeteers.

Ties between Russia and Belarus have been increasingly strained recently, with Moscow scaling back subsidies and oil supplies to its neighbor. However, the allusion to a Ukraine-style plot would imply the collusion of western actors such as the EU or the US.

Two decades after Belarusian Interior Minister Yuri Zakharenko disappeared, his daughter has met a former agent who says he was involved in the politician's murder. Zakharenko was never declared dead. (19.02.2020)

Russia and other former Soviet states have marked 75 years since the end of World War II. Ceremonies were subdued — with one exception. Belarus pushed ahead with a huge military parade in Minsk. (09.05.2020)