Belarus is scheduled to hold presidential elections in August. As protests grow and unexpected candidates join the field, experts say President Alexander Lukashenko may be gearing up to use force. 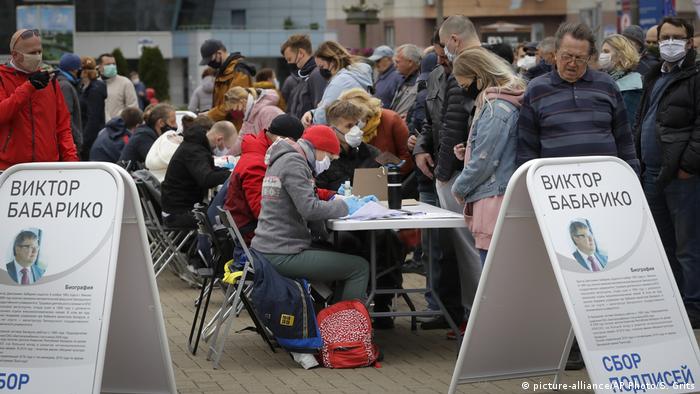 Campaigning has begun for presidential elections in Belarus amid mass protests and arrests of opposition figures. Several of those arrested were detained on Sunday in the capital, Minsk, while gathering signatures to allow additional new candidates to run. Election authorities had previously banned the would-be candidates from registering for the vote, which is scheduled to take place on August 9.

Fifty-five candidates — more than ever before — have applied to the Central Election Commission for permission to participate in the election but only 15 activist groups have been registered. Each group must collect 100,000 signatures from the electorate by the start of July for their candidate to be eligible.

Incumbent President Alexander Lukashenko recently announced that he already has the signatures of 200,000 supporters. Lukashenko has been in power for almost 26 years and wants to stay there. Among his rivals for the post are the former head of Belgazprombank, Viktor Babariko, and the former head of the Belarusian IT hub Hi-Tech Park, Valeri Tsepkalo.

Read more: Belarus: Persecution of journalists in the shadow of Corona 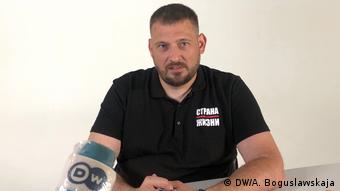 Sergei Tikhanovski's candidacy has been banned, so his wife is running instead

The video blogger Sergei Tikhanovski was among those who wanted to run but whose group was not registered. The 41-year-old businessman runs the popular YouTube channel "Strana dlya zhizni" ("A Country Worth Living In"), which has more than 200,000 subscribers. On May 6, he was detained for 15 days because he had participated in protests against attempts to strengthen his country's ties with Russia back in December 2019.

After he was arrested, Tikhanovski used a video on his channel to announce his intention to run as a candidate in the next presidential election. His subscribers had asked him to nominate himself. After his candidacy was banned, Tikhanovski decided throw his support behind his wife as a presidential candidate.

"I will play the main role in my wife Svetlana Tikhanovskaya's election campaign; her role will be only a nominal one. I will head the campaign with a team that will include Nicolai Statkevich, Pavel Severinets and some other bloggers," he told DW.

Katerina Shmatina, an analyst at the Belarusian Institute for Strategic Studies (BISS), believes that these potential future candidates will make the campaign phase of the presidential election more interesting. "In earlier elections there were no surprises among the candidates," she told DW, with only "government puppets" and a few opposition figures running. But now, she says, there are candidates like Barbariko and Tsepkalo who will find supporters among moderate voters.

Shmatina describes the head of the Liberal Democratic Party, Oleg Gaydukevich, as one of those puppets. But in a surprise move, Gaydukevich recently withdrew his candidacy and is now calling on voters to choose Lukashenko as the "only guarantor for the unity of the country." 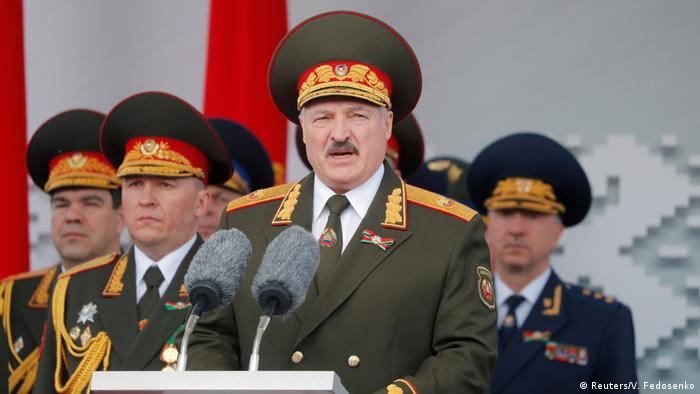 Results from online surveys carried out on websites run by independent media outlets give some indication of how much support Lukashenko and the new potential candidates have among the electorate — the president scored 6% at most.

According to the Belarusian newspaper Nasha Niva, this poor showing has led to such surveys now being effectively banned in the country — the authorities have categorized them as being representative surveys on sociopolitical topics, for which it is necessary to have accreditation from the Institute for Sociology at the National Academy of Sciences.

Andrei Vardomatski, who heads the Belarusian Analytical Workroom, a Warsaw-based think tank, told DW that sociologists in fact found such online surveys laughable because of their imprecise methodology. But even so, he said, the high scores achieved by the candidates Babariko, Tsepkalo and Tikhanovskaya at the start of campaigning were a threat to Lukashenko's standing. "These surveys give very exaggerated indications of popularity," he says.

Vardomatski finds it regrettable that virtually no studies on the mood among the electorate are possible at the moment. He believes that the difficult economic situation and the coronavirus crisis, whose danger the president downplayed for a long while, have changed Belarusian society ahead of the elections in just a few months' time. "The economic situation is the explosive, and the outbreak of the coronavirus pandemic is acting as the fuse," he says. Political analyst Alexander Feduta, who was part of Lukashenko's campaign team in 1994, also believes Belarusians are increasingly discontented with their government. He is convinced that Lukashenko is preparing to use force to stay in power. "This has been shown by the legal action taken against the blogger Sergei Tikhanovski and the arrest of 15 activists," Feduta says.

The Office for Security and Co-operation in Europe Parliamentary Assembly (OSCE PA), which passes resolutions on political and other issues as well as observing elections, has already voiced criticism. "We are very concerned that the detention of prominent political activists not only inhibits the work of potential campaigns but has a chilling effect on society," said a statement by Kyriakos Hadjiyianni, the chair of the OSCE PA's human rights committee.