The start of the presidential elections campaign in Belarus was marked by a harsh crackdown on journalists and bloggers. Analysts and human rights activists believe that the authorities will go on with repressions. 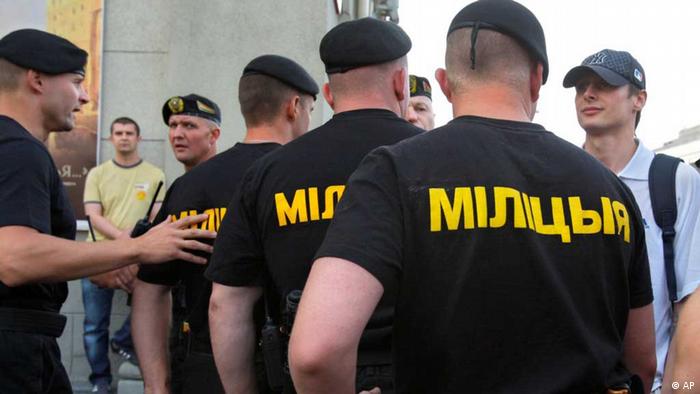 A wave of arrests of journalists, bloggers and activists hit Belarus just a week into the presidential campaign ahead of the elections due in August. A total of 14 bloggers and journalists became the target of a large-scale crackdown by the Belarus' authorities over the last few days. They are just a few among dozens of citizens across the country who were either put under administrative arrest or face a fine.

Human rights experts and analysts describe the clampdown on journalists as President Alexander Lukashenko's efforts to hush up independent voices and suppress possible public discontent, as he is prepared to run for his sixth consecutive presidential term.

The massive arrests began after people across the country took to the streets to support popular blogger Sergei Tikhanovskiy. He was jailed for 15 days on May 6 for participating in protests in December 2019 against his country's deeper integration with Russia. About 120 people have been arrested or questioned by the police since May 6, according to the figures by Belarus’ non-government human rights center "Viasna". 50 of them were sentenced to 2 to 25 days of administrative arrest and 20 fined a total sum equivalent to 6,000 euros for participating in unsanctioned protests. 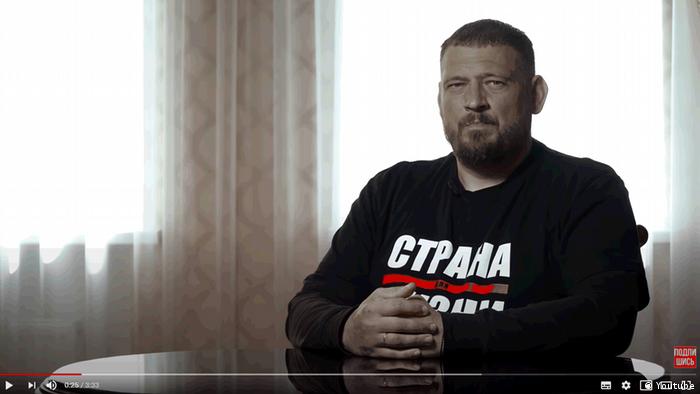 41-year-old entrepreneur Tikhanovskiy runs the popular YouTube-channel "Strana dlya zhizni", or "The country for life", which has over 180,000 subscribers. In his videos, the blogger talks "about simple Belarusians and real cases of entrepreneurs" and explains "what needs to be changed in order to build the country for life", according to the description of the channel. Tikhanovskiy, who personally interviews his protagonists, makes videos about social and political problems faced mostly by the residents of Belarusian regions. Among the people he talks to are also opposition politicians and businessmen. After his arrest, Tikhanovskiy claimed that he plans to run for presidency in the upcoming elections. His video statement was posted on his YouTube-channel. The blogger said that his subscribers had asked him to nominate himself, since "they don’t see any candidate whom they can follow and trust."

(Update: The Central Election Commission of Belarus has denied Tikhanovskiy's application to run for presidency).

Political blogs are becoming increasingly popular in Belarus. One reason for that is the growing protest sentiment, with the opposition being incapable of expressing it, said Minsk-based political analyst Artyom Shraibman. In an interview, he called political bloggers "folk leaders of discontent", who enjoy people's trust. "Later this trust gets converted into political action. When you have a loyal audience, it is not that difficult to mobilize it," he added.

A freelance journalist writing for DW arrested in Belarus

The latest arrests are very specific, said civil society activist Olga Karach. "They targeted people who vocalize their discontent with what is going on in the country," she told DW. Among those put in detention is freelance journalist Alexander Burakov, who also writes articles for DW’s Russian-language service. 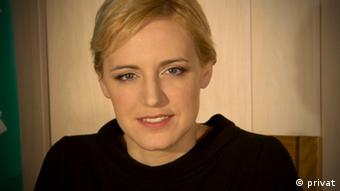 Burakov, who lives in Mogilyov, about 200 kilometers east of Minsk, was arrested on May 8 and sentenced to 10 days in a temporary detention facility. Two days before his arrest, the journalist was spotted next to the site where an unsanctioned protest against the arrest of blogger Tikhanovskiy was taking place. He was accused of an administrative offence despite his claims that he didn’t participate in the demonstration but had stopped his car there by accident while running an errand. According to the case materials, he participated in the protest for two minutes, which was enough to put him under arrest.

Deputy Chair of human rights center "Viasna" Valentin Stefanovich believes that the recent crackdown on bloggers and journalists is closely connected to the upcoming presidential elections. "During the election campaign, the authorities don’t need mass protests, which can quickly grow into political demonstrations," he told DW. He also added that the authorities had allegedly decided to suppress any protests at the very beginning to ensure that the presidential campaign is not affected by "any destabilizing factors, like they say".

More repression expected ahead of the elections

Journalist Alexander Borozenko, who works at satellite TV-channel Belsat registered in Poland and broadcasting in Belarus, echoed this thought. "I am not new to the profession and I understand that as soon as the election campaign starts journalists get arrested in bunches for days and get fined," he said. On May 6, Borozenko was going to Bobruisk, 140 kilometers south-east of Minsk to cover one of the protests of blogger Tikhanovskiy’s supporters. However, the journalist didn’t make it to his destination, as he was stopped by the road police on the way. According to the police officers, Borozenko said, there was something suspicious about his car. He was taken to the nearest police station and let go three hours later after the police drew up a detention protocol.

Borozenko believes that the recent arrests of his colleagues in Belarus are the authorities' response to the growing protest sentiment in the society. But the only thing the government could do, he said, was "to run after those who broadcast and inform the population."

Analyst Artyom Shraibman pointed out that by taking such drastic measures Belarus' authorities "are sending a signal to all those, who can potentially express discontent, what can happen if you try to cross the line." He believes that officials will continue to "rely on repressions" during this election campaign. Human rights activists remind that all previous election campaigns in the country were marked by repressions and criminal prosecution against people.

The European Union condemned the crackdown on journalists and activists in Belarus. Asked to comment on the issue, a spokesman for the European Commission called it a violation of the freedom of assembly. He also added that the arrests are a matter of big concern for the EU ahead of the upcoming presidential elections in country.

Russian journalist Elena Milashina has received death threats for her coverage of the coronavirus crisis — even from Ramzan Kadyrov, the head of the Chechen Republic.  (23.04.2020)

Blaz Zgaga, a Slovenian investigative reporter and one of DW's 2020 FOSA award recipients, has had to endure a barrage of online attacks for criticizing the government's strategy in the coronavirus crisis. (06.05.2020)