Blaz Zgaga, a Slovenian investigative reporter and one of DW's 2020 FOSA award recipients, has had to endure a barrage of online attacks for criticizing the government's strategy in the coronavirus crisis. 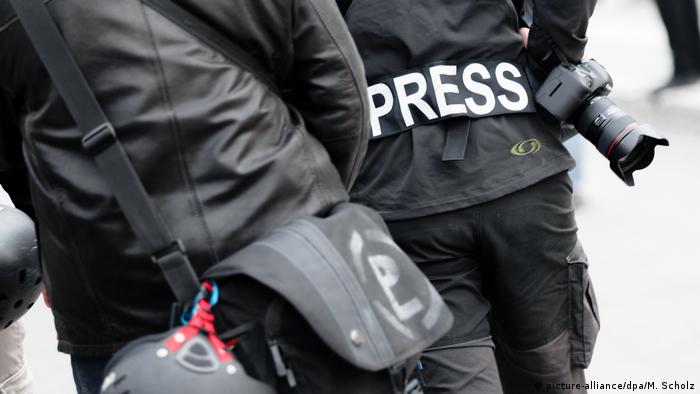 These days, Slovenian journalists who disagree with their government never know what to expect when they check their Twitter or Facebook feeds. The same is true for leading figures in the country's public TV broadcaster, RTV Slovenija. Even the head of government felt compelled to intervene when editors there faced death threats.

And he did not mince words: "Under the patronage of the extreme left," the broadcaster had become "a central instigator of hatred and threats," he said, further alleging that it is part of an ominous "group" that threatens "health and life" during the coronavirus epidemic.

Read more: Freedom of Speech Award laureate Darvinson Rojas: 'What we need is more journalists on the streets'

Using the pandemic as a pretext

The fight over how to tackle the coronavirus crisis is being fought more fiercely in Slovenia than anywhere else in Europe. Slovenian Prime Minister Janez Jansa has just been in office for six weeks but is already is trying hard to use the opportunity to extend his powers. The epidemic offers a unique opportunity — the virus is allegedly the enemy, so anyone who criticizes the government is in league with it. Such a stance makes it easy to justify shake-ups, for instance in public television, by quoting the state of emergency. At any other time, the chances of pushing through such reforms would be slim. Jansa heads a shaky tripartite coalition. For his right-wing national goals and authoritarian form of rule, the 61-year-old does not even have a majority in government, let alone among the population. 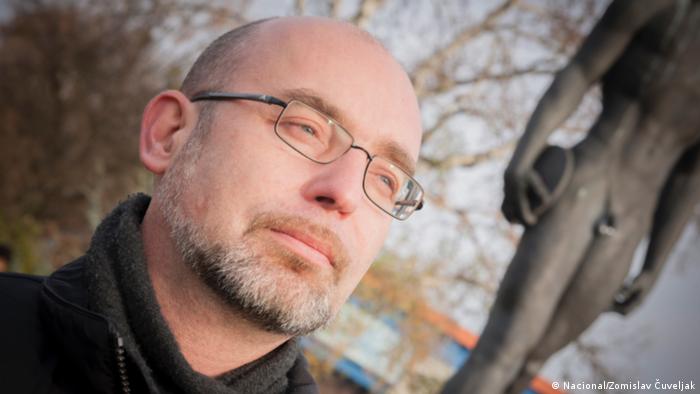 As soon as word came out that Slovenian investigative journalist Blaz Zgaga had been awarded DW's Freedom of Speech Award (FOSA), he faced attacks on various social media. "The fact that Zgaga received the award is proof that nobody at Deutsche Welle speaks Slovenian," railed a member of the country's parliament who belongs to the governing party. The fact that this year's awards went to reporters whose press freedom is threatened in the coronavirus epidemic was a "joke," a government spokesman said on Twitter. After all, he added, Zgaga had not written "a single article" on the subject in Slovenian media.

The attacks, however, underline what they aim to refute. Zgaga wrote about the new Slovenian government's coronavirus policies — but in the Croatian weekly Nacional and not in Slovenian media. If he had made his opinion known so clearly in Slovenian media, the criticism would have poured in. These days, hundreds of trolls from fake accounts rant about "fake news directed by George Soros."

Nova24, a private broadcaster founded five years ago based on US channel Fox News as a counterpoint to liberal media, was the main source of the campaigns. Nova24 struggled to make ends meet with attacks against refugees, homosexuals and the Roma. Twice, Hungary — under populist strongman Viktor Orban — stepped in to rescue the financially broke broadcaster, which had been founded by Jansa's far-right nationalist SDS party, Orban's ideological ally. But when the SDS entered government in mid-March, the tide turned and Nova24 head Ales Hojs became Interior Minister.

PM Jansa has ruled the country twice before, from 2004-2008 and again briefly in 2012-2013, and his SDS party has been consistently garnering 25-30% support for many years. Its supporters disagree with the majority of the population on more or less everything, starting with the history of World War II, where they cherish the memory of the German-allied wartime military guard. Most Slovenians, on the other hand, tend to side with the Communist-led Partisan resistance.

There is always disagreement over the "special route" Slovenia took after independence in 1991. Because companies were not sold abroad, Jansa and his supporters felt cheated of the fruits of the changeover, so they vilified the economic elite, the left and liberal parties as communists. Now, long-simmering resentments have resulted in a splintered political atmosphere. 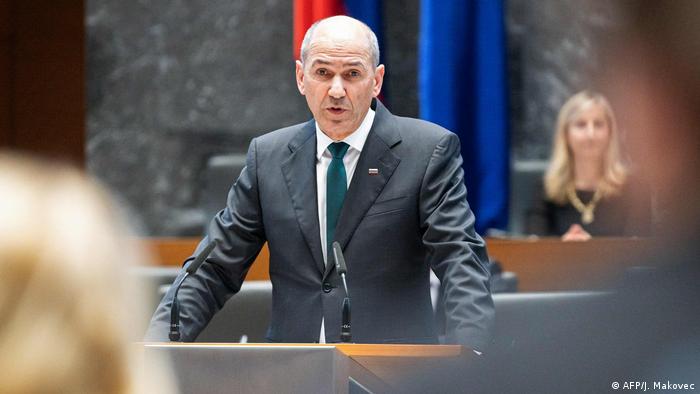 Slovenian Prime Minister Janez Jansa, of the right-wing nationalist SDS party, has been in office since mid-March

The threats Zgaga is facing are nothing new; he has been out of favor with the Jansa camp since he investigated a scandal over the purchase of Finnish tanks more than 10 years ago. His expertise was beyond question, as he and a radio colleague had published three volumes on arms smuggling at the time of the Yugoslav wars, a meticulously researched work of more than 1,300 pages.

Ever since, Zgaga — the former editor of Slovenian newspaper Vecer ("The Evening") — has mainly written for foreign media, including the German news magazine Der Spiegel and Britain's Guardian. Zgaga wasn't only focused on Jansa and his followers; he also found out that left-wing ex-President Milan Kucan was involved in an arms deal. When the journalist wrote about corruption in the procurement of respirators at the beginning of April, Jansa attacked him personally. Zgaga has been "chewing on his lies for decades," the prime minister claimed on Twitter, without providing details.

Read more: US: There can't be press freedom without the press

He lives in a double lockdown, Zgaga told DW, "because of the coronavirus and because of the threats I received." For a while he would only leave his apartment at night. He said that is how politics works sometimes — it aims to intimidate journalists and dodge criticism. "We are all supposed to be scared; the aim is a dictatorship of fear," the award-winning investigative journalist said.

Opinion: Do not silence journalists during coronavirus pandemic

Old habits die hard, they say, including the age-old inclination to silence independent, critical voices. But the coronavirus pandemic means we need those voices more than ever, the OSCE's Harlem Desir writes for DW. (03.05.2020)

DW Director General Peter Limbourg: 'The Freedom of Speech Award 2020 is dedicated to all courageous journalists worldwide who are suffering repressions because of their reporting on the pandemic' (03.05.2020)