Opinion: Do not silence journalists during coronavirus pandemic | Opinion | DW | 03.05.2020

Opinion: Do not silence journalists during coronavirus pandemic

Old habits die hard, they say, including the age-old inclination to silence independent, critical voices. But the coronavirus pandemic means we need those voices more than ever, the OSCE's Harlem Desir writes for DW. 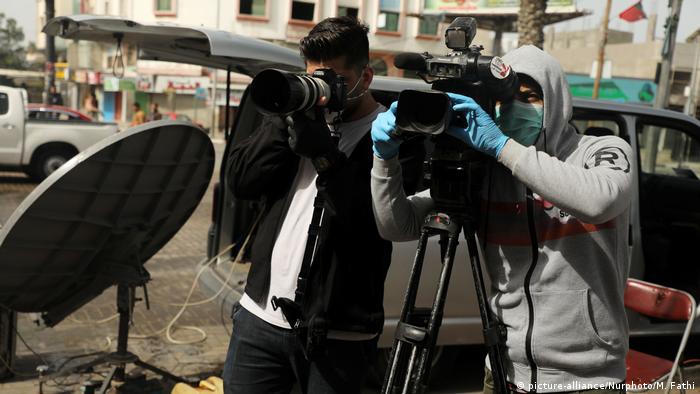 Since the outbreak of COVID-19, governments have been faced with the enormous task of guiding and steering communities through one of the biggest crises of our time, often having to base their decisions on little and sometimes contradictory information. A difficult undertaking, with unforeseen consequences and unpredictable results.

In several countries, this uncertainty has amplified the tendency of the authorities to try to control every aspect of the flow of information and to silence unwelcome voices. From the very beginning of the COVID-19 pandemic, my office has witnessed many instances, where the authorities introduced measures, special legislation, or decrees to restrict the rights of journalists and the media as well as the free flow of information.

The measures range from the obligation laid upon the media to only publish information that was provided by the authorities, to the blocking of websites as well as limiting the access to government information and penalizing journalists accused of spreading so-called "fake news."

'Matter of life and death'

During a pandemic, in particular, access to accurate and reliable information is a matter of life and death. People have the right to know about vital health measures, transparent statistics, and decisions by the authorities. Human health depends not only on readily accessible health care, it also depends on access to accurate information about the nature of the threats and the means that are available to protect oneself, one's family, and one's community. 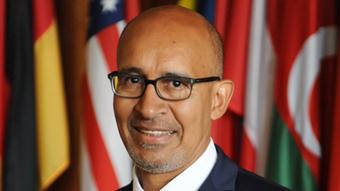 Restricting the free flow of information in China at the beginning of the pandemic, for instance, did not contribute to protecting the population in the country or the wider world, quite the opposite. We need more, not less, information from all kinds of sources and from independent media.

Journalists are of crucial importance in sharing such information. They have a key role to play in providing vital health information to the public, in transforming scientific jargon into language that people can understand and in combating misinformation.

Although I fully understand the need to combat misinformation, such as reports about false cures, it is a mistake to think that it can be best achieved by limiting media freedom.

Rumors are best tackled by ensuring access to pluralistic and independent sources of information. I do not think that the authorities will gain much trust with the public if they are perceived as trying to hide information or curtail the media. So, instead of more restrictions, we need more transparency.

Instead of silencing journalists, authorities should let them do their job unhindered, allowing them to find and use all sources that the media themselves deem necessary.

Next, governments should provide the media with reliable information. They should also support those media financially struggling because of the pandemic, especially since, in the post-COVID-19 years, the need for journalists' work will not decline. Freedom of expression and information, combined with a pluralistic media landscape, are important contributors to economic growth, and crucial tools in strengthening social ties and democratic structures.

As we celebrate World Press Freedom Day 2020, let us recall that, in this unprecedented crisis and emergency, we need free media more than ever. Don't silence independent voices.

Harlem Desir is representative on freedom of the media at the Organization for Security and Cooperation in Europe (OSCE), the world's largest security-orientated intergovernmental organization.

Russian journalist Elena Milashina's has received death threats for her coverage of the Coronavirus crisis - even from Ramzan Kadyrov, the head of the Chechen Republic.  (23.04.2020)