Marjan Sarec said his minority government did not have the influence to push through important legislation. Sarec also called for a snap election. 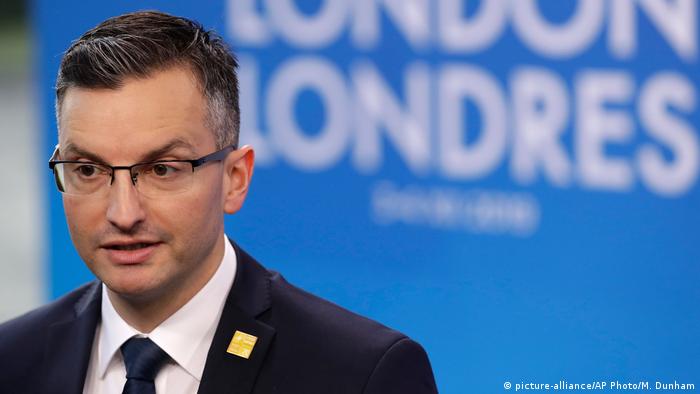 Slovenian Prime Minister Marjan Sarec said he would send his resignation to the National Assembly on Monday and called for an early election, because his minority government did not have the influence to push through important legislation.

"There is nothing I can do with this government. Therefore, it is fair to hold an early election," he told a press conference.

"The most honest thing we can do is to go to the polls, where people can tell us whether they want us to continue or not," he said, following internal conflicts in the five-member coalition.

Slovenian President Borut Pahor is now set to start talks with parliamentary parties to see if any of them can form a new coalition with a majority.

Sarec, a former comedian, said he had already spoken with the president of his center-left Modern Center (SMC) Party about the possibility of running together in early elections.

Analysts have said that the opposition center-right Slovenian Democratic (SDS) Party, which is the largest in parliament, is likely to try to form a new government. The proposed early election would only take place if the SDS is unsuccessful in forming a new coalition.

"With this coalition, this situation in parliament, I cannot fulfill the expectations of the people. I would be able to fulfill them after an election," he said.

On Friday, Bertoncelj issued a statement protesting new legislation proposed by Sarec's party, under which the budget would cover losses of the national health system.

Who owns this sea, Slovenia or Croatia?

Just hours after Slovenia's top court annulled a referendum on a government railway project, Prime Minister Miro Cerar said he was stepping down. The court had ruled the referendum campaign was one-sided. (14.03.2018)

Slovenian President Borut Pahor has announced an early date for a parliamentary election. The political crisis has deepened in the country since PM Miro Cerar resigned over a court ruling against a key railway project. (14.04.2018)