Belarus: Persecution of journalists in the shadow of Corona

Sergej Sazuk is a laureate of this year's Deutsche Welle Freedom of Speech Award. The Belarusian authorities are taking action against the journalist. He tells DW why he thinks they are pursuing him 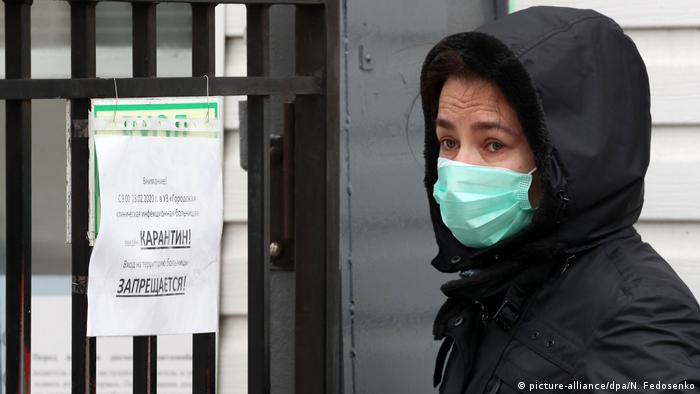 "The news of the award came as a complete surprise to me," says Sergej Sazuk. He is one of this year's recipients of the Freedom of Speech Award, which DW has been awarding since 2015 to individuals or initiatives that are particularly committed to human rights and freedom of speech. This year, 17 journalists from 14 countries were honored on behalf of their colleagues worldwide who have disappeared, been imprisoned or threatened because of their reporting on the COVID-19 pandemic.

"Recognition is always nice, of course. When I was released from custody, it was also good to know how many people had supported me during that time," recalls the editor-in-chief of the Belarusian news site Yezhednevnik who spent ten days in prison. Sazuk was arrested on March 25 - on suspicion of having accepted bribes. However, the motive for his arrest was possibly his article entitled: "Who is sowing panic around the coronavirus - the president or websites and TV channels?" In the article, Sazuk questions the official figures on coronavirus infections in Belarus. Unlike its neighbors, Minsk has done little to prevent the virus from spreading. 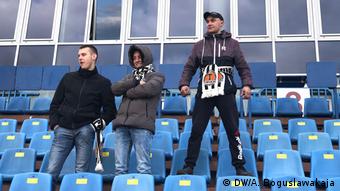 Football fans at a stadium in Belarus despite WHO warning

Investigations on corruption in public authorities

A few days after Sazuk's arrest and the search of the editorial offices of Yezhednevnik, the investigating authorities stated that the journalist had allegedly received USD 5000 to prepare an article with incriminating material against competitors of a medical company. On April 4, the Belarusian prosecutor's office lifted the detention order, but the charges against Sazuk remained. Sazuk is convinced that the authorities are only taking advantage of the current coronavirus situation to prosecute him for his investigative articles published by Yezhednevnik. The articles also criticize the country's health authorities in the context of the pandemic. Sazuk told DW that in the past two years he had even received death threats because of his professional activities.

According to Sazuk, the main challenge when reporting on the pandemic in Belarus is the difficulty in obtaining information. "It was decided at the highest level that only the ministry of health has reliable information about the coronavirus, everything else is supposedly fake," the journalist said. On one hand, President Alexander Lukashenko has not imposed a quarantine, forcing people to decide for themselves whether to send their children to school, for example. On the other hand, the head of state restricts the dissemination of information and only provides figures from the ministry of health - which the journalist doubts.

"If you're going to shift the responsibility onto the people, at least allow them to get all the information, not just from the authorities," Sazuk emphasizes, adding that this would allow people to make a responsible decision themselves. In his opinion, the ministry of health is the most inaccessible authority in the country. "This problem has not just appeared now. The epidemic has only brought it to the surface," Sazuk says.

DW Award is a support and incentive

Many Belarusian journalists agree that Sazuk deserves the DW Freedom of Speech Award. Andrej Bastunez, the head of the independent association of journalists, said that the recognition of Sazuk is a good incentive to persist in this difficult time for journalists. He said he was certain that Sazuk will be prosecuted for his research on corruption in the Ministry of Health. "Those behind the criminal case against Sergej simply took advantage of the Corona situation to take action against him," said Bastunez. 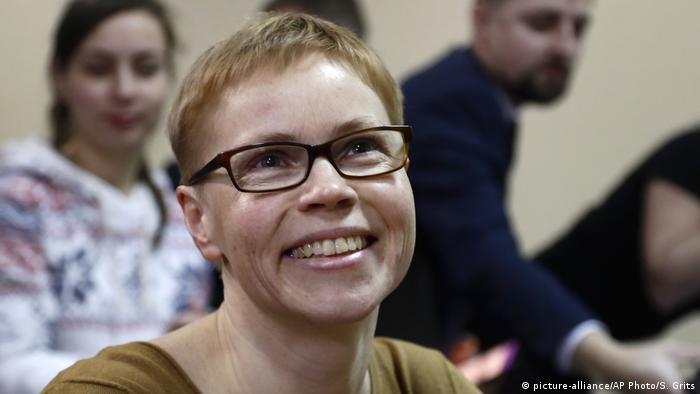 Marina Zolotova, editor-in-chief of the largest independent Belarusian web portal tut.by, also considers the DW award to be a great support - especially now. "I have no doubt that Sergej is being prosecuted on orders," said the journalist, who was also recently indicted in a criminal case." He really is an independent journalist," she stressed. Zolotova said she believes that the trial against Sazuk will soon fail and that everything will end happily for him. "I hope he finds the strength to continue working for Yezhednevnik and that we will learn many more interesting things," said Zolotova.