Portrait: African journalists honored with DW Freedom of Speech Award | World | Breaking news and perspectives from around the globe | DW | 05.05.2020

Journalists from Uganda and Zimbabwe are among the recipients of the DW Freedom of Speech Award in recognition of the sacrifices they made while reporting during the coronavirus pandemic.

David Musisi Kalyankolo, a television journalist with Uganda's Bukedde TV, and Beatific Gumbwanda, a reporter with TellZim, a weekly newspaper in Zimbabwe, are among the 17 journalists from 14 countries who DW recognized for their outstanding courage taken while reporting during the coronavirus pandemic.

They represent all journalists worldwide who have disappeared or been arrested or threatened because they reported on the COVID-19 pandemic.

Police severely beat Kalyankolo while at his home in early April, leaving him in a coma for ten hours. The men said they were enforcing the curfew. The police officer in charge was later arrested for allegedly assaulting the journalist.

"I felt pain when the policeman hit me. He hit me on the head, and I lost consciousness," Kalyankolo told DW.

"I only gained my consciousness after two days at Herona Hospital in Kisoga — that is when I got to know anything."

Medics stitched Kalyankolo without anesthesia because he was unresponsive and bleeding a lot. Despite the attack, he has decided to carry on his work courageously.

"This award means a lot to me. I was assaulted, but I have continued with my work," he said.

"I treasure my job, and I find my job very important. All journalists out there should not take this profession for granted. If you choose to work, do exactly that. God will reward you."

In 2020, in the midst of the coronavirus pandemic, DW decided to honor Kalyankolo and 16 other journalists from 14 countries.

Gumbwanda's story is no different. Zimbabwean police officers, who are known for their heavy-handed approach, arrested him on April 8 for violating lockdown regulations. He was detained for several hours despite producing his accreditation card. 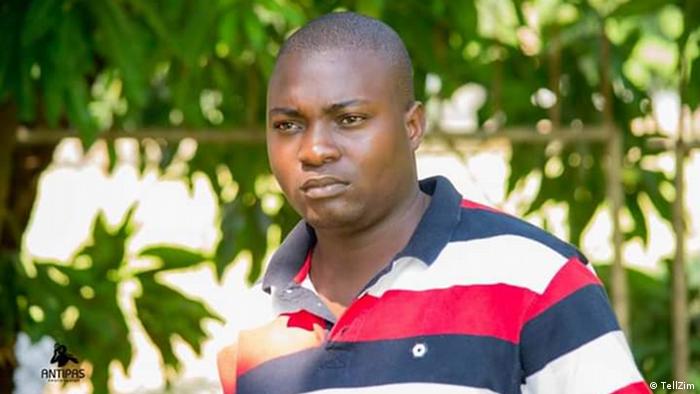 "The Freedom of Speech Award 2020 is dedicated to all courageous journalists worldwide who are suffering repressions because they are reporting on the pandemic," said DW Director General Peter Limbourg.

"I now face a challenge that every time I go out in the sunshine, I feel dizzy, and that means I have to withdraw from work and take a rest in the shade for at least 30 minutes before I can get back behind the camera," Kalyankolo said.

"Many people have asked me why I don't give up on work, but that is not possible. It really hurts, especially working in the sun, I feel a lot of pain."

Since 2015, DW has presented the annual Freedom of Speech Award to a person or initiative that has shown an outstanding commitment to human rights and freedom of expression in the media.

Ukrainian photojournalists: 'There is a lot that people don't know about Ukraine's war' 20.06.2022

Ukrainian journalists Mstyslav Chernov and Evgeniy Maloletka have won DW's Freedom of Speech Award for their work documenting the siege of Mariupol. They explain why they intend to return to the front lines.