In the run-up to the presidential elections on August 9, the mood in Belarus is turning against strongman Alexander Lukashenko. The West should seize the moment to help regime opponents, writes Alexander Sikorski. 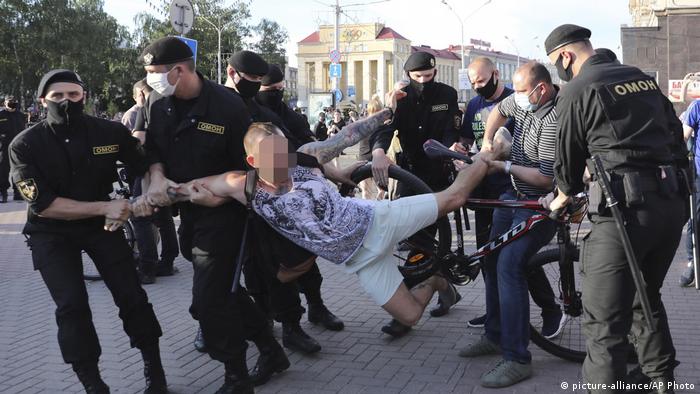 Psycho 3%. That's what thousands of anti-government protesters chanted last week Thursday as they formed a human chain several kilometers long in the center of Minsk. The phrase refers to an online opinion poll showing just 3% support for the Belarusian dictator Alexander Lukashenko and his dismissal of the coronavirus pandemic as a mere "psychosis." The slogan upset Lukashenko so much that the next day he ordered the shutdown of mobile internet connections all across the country, and sent riot police to beat and arrest hundreds of peaceful protesters and journalists. Since then, even soldiers and security services have joined the movement, sharing photos on social media displaying Psycho 3% signs.

Western politicians need to pay attention. These are the largest demonstrations that have ever occurred in the run-up to a Belarusian election. They tell us that Belarusian society is finally fed up with Lukashenko's authoritarianism, and is ready to push for change.

The viability of opposition politics and the massive public protests reveal the fragility of Lukashenko's regime in the wake of the coronavirus. The demonstrations were sparked by the arrest of the most prominent opposition candidate in the presidential election, Viktar Babaryka, who managed to collect a record 430,000 signatures to register his candidacy.

Vodka against the virus

However, it is frustration with the government's handling of the coronavirus crisis and Lukashenko's heavy-handed rule that has sustained the protests. Notwithstanding the fact that Belarus has recorded 60,000 COVID-19 cases — a high rate for a country of nine million — Lukashenko has reacted to the virus with jokes. In addition to dismissing the pandemic as a "psychosis," he encouraged Belarusians to fight it by drinking vodka and going to the sauna. The government did not implement WHO guidelines, and on the 75th anniversary of VE Day, Lukashenko insisted on holding a military parade when even Russian President Vladimir Putin was compelled to cancel the hugely symbolic event.

"There have been difficult moments before, but this is the first time that popular dissent has coincided with an election cycle," says Franak Viačorka, a Belarusian journalist for Radio Free Europe. "Lukashenko is trying to sell Belarusians the promise of stability, and Western politicians the promise that he's slowly becoming anti-Russian." 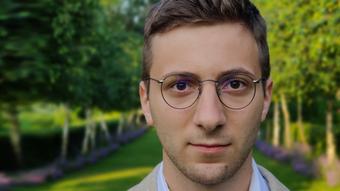 A strong European and American reaction to the political repression in Belarus is crucial. In recent years, European politicians have unsuccessfully attempted conciliatory engagement with Belarus. In 2016, some sanctions were lifted, and politicians have made pilgrimages to Minsk to take pictures with Lukashenko. However, this has only given Lukashenko's regime legitimacy. He has successfully been outwitting Western politicians for the better part of 25 years, cozying up to Russia one year, then pivoting to Europe the next.

The time is ripe

A new approach is warranted. First, European politicians should focus on building contacts at the level of civil society and offer their support to the independent journalists and NGOs that keep Belarusians informed and involved.

Second, economic sanctions are largely ineffective, but sanctions against state officials do work. "Smart" sanctions and Magnitsky-style lists [Magnitsky legislation refers to laws allowing government sanctions against foreign individuals who have committed human rights abuses or been involved in significant corruption — the ed.] can disincentivize officials from participating in human rights violations if their Swiss skiing trips and London apartments are threatened.

Third, corporations can set an example by refusing to help the Belarusian regime until political reform takes place. For example, European banks like France's BNP and Britain's RBS have in the past refused to sell Belarus-issued bonds. This is a strategy to build on.

Lukashenko is likely to steal a sixth term in office, but the scale of the demonstrations shows that his rule is weakening. European politicians must show solidarity with the hundreds of political prisoners and journalists languishing in Belarusian prisons. As dissatisfaction with the government grows, next time it might not be so easy for him.

Alexander Sikorski is a program and policy fellow at the Human Rights Foundation in New York.

France bans use of 'steak,' 'sausage' to describe vegetarian products 26m ago

Erdogan warns Sweden, Finland that NATO accession can still be blocked 1h ago