President Lukashenko is expected to win next month's election, but discontent against his government's economic policies is on the rise. His measures to tackle COVID-19 have also been criticized by the opposition. 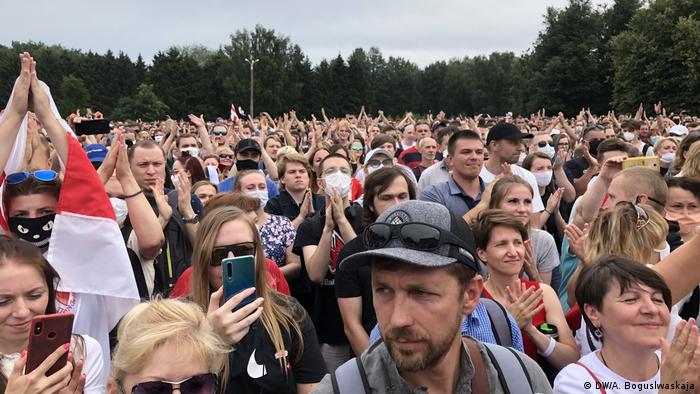 At least 5,000 people took to the streets in Belarus on Sunday to oppose President Alexander Lukashenko's mismanagement of the country's economy.

Lukashenko has held the presidency since the office was established in 1994, but public support for him is waning. 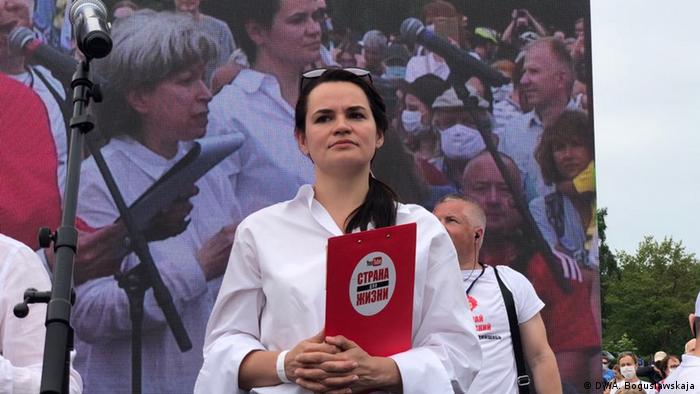 Svetlana Tikhanovskaya, wife of jailed popular opposition blogger Sergei Tikhanovsky, has emerged as the most powerful challenger to Lukashenko

Tsepkalo's wife and Babariko's aide appeared alongside Tikhanovskaya at Sunday's rally in the Belarusian capital of Minsk.

"Our numbers have been growing, and that means that Lukashenko and his officials will no longer be able to ignore us,'' said Leonid Kulakovskiy, a 43-year-old entrepreneur, who participated in the rally.

Tikhanovskaya demands the release of all political prisoners, which is the cornerstone of her election campaign.

The Belarusian economy is set to shrink by at least 4% this year, the largest decline in a quarter century, according to the World Bank.

Lukashenko refused to impose a strict lockdown to contain the coronavirus spread in the country, dismissing the pandemic as "psychosis," but the COVID-19 outbreak has battered the country's economy.

Belarus has so far registered over 66,000 coronavirus cases and more than 500 virus-related deaths.

In response to protests against his policies, the president shut down the internet and arrested demonstrators and journalists.

In June, Minsk became the center for anti-government protesters who took to the streets of the capital chanting "psycho 3%" — referring to an online opinion poll showing just 3% support for Lukashenko and his handling of the coronavirus pandemic.

According to the Vyasna human rights center, more than 1,000 Belarusians have been detained for taking part in the protests since May.