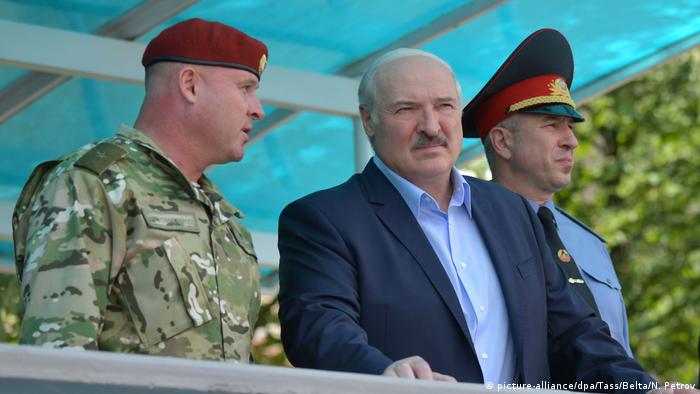 Belarusian President Alexander Lukashenko told military officials that he had contracted and recovered from COVID-19, Belarusian BELTA news agency reported on Tuesday. Lukashenko said he had no symptoms while infected.

"Today you are meeting a man who managed to survive the coronavirus on his feet. Doctors came to such a conclusion yesterday. Asymptomatic," Lukashenko said during a meeting with the military, adding that he continued to work while infected.

The claims come just a matter of days before presidential elections.

"As I have said, 97 per cent of our population is carrying this infection asymptomatically. Thank God that I have managed to get into this cohort of the asymptomatic," he said, without providing evidence for this assertion.

Lukashenko has been president of Belarus, a former Soviet republic that remains a close ally of Russia, for a quarter of a century and is now seeking a sixth consecutive term in upcoming elections on August 9.

Belarus' previous presidential elections have been widely criticized as not being free or fair. During his tenure, dissent and independent media have been suppressed, while prominent political opponents have been frequently jailed and sometimes held for years. Two of his strongest challengers in this election have been jailed and prevented from registering their candidacies. Lukashenko is now expected to come out victorious in the vote next week.

As the pandemic broadened in April, Lukashenko said in that no one in his country would die from the virus and that any deaths would be a result of underlying conditions, such as heart disease or diabetes.

The 65-year-old president has since resisted calls to impose lockdown measures or close the borders to contain the spread of the coronavirus pandemic, saying that the harm to the economy would be worse than the virus itself.

Lukashenko has dismissed fears about the pandemic as a "psychosis" and gone as far as suggesting remedies such as drinking vodka, taking saunas and playing ice hockey.

Some, 67,366 cases of coronavirus have been registered in Belarus, a country of 9.5 million people, with 543 deaths, according to the country's health ministry.

Belarus has been rocked by protests in recent weeks, as demonstrators have rallied have rallied behind Svetlana Tikhanouskaya, the wife of one of the jailed candidates, who is campaigning in her husband's place.

The start of the presidential elections campaign in Belarus was marked by a harsh crackdown on journalists and bloggers. Analysts and human rights activists believe that the authorities will go on with repressions.