At the UN General Assembly, Russian Foreign Minister Sergei Lavrov hit out at France for opposing the deployment of Russian mercenaries in Mali, and slammed the US troop withdrawal from Afghanistan. 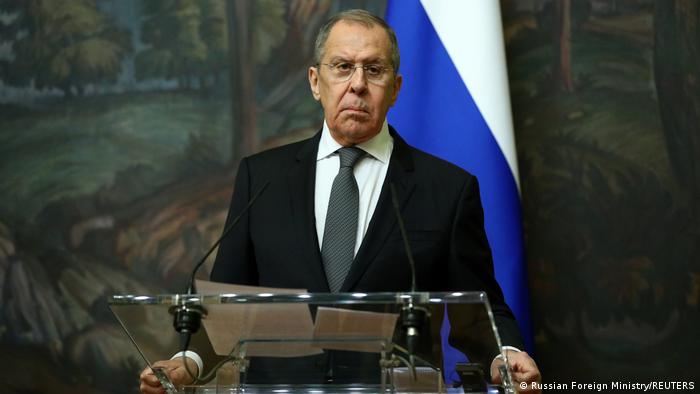 Russian Foreign Minister Sergei Lavrov on Saturday criticized France as he confirmed that Mali sought the help of a private Russian military company.

Mali's government has recently faced a backlash from Western European countries over reports that it was hiring mercenaries from the controversial Russian private security firm known as the Wagner Group.

What did Lavrov say about Mali?

"They are combating terrorism, incidentally, and they have turned to a private military company from Russia in connection with the fact that, as I understand, France wants to significantly draw down its military component which was present there," Lavrov said.

"To say, 'I was there first, get out,' it's insulting, first of all for the government in Bamako which invited foreign partners,"  he told reporters on the sidelines of the UN General Assembly.

Maiga said his government was justified to "seek other partners" to boost security and slammed a "lack of consultation" by the French.

The current Malian government is a transition authority, the result of a second coup within a matter of months, and is facing increasing regional and international isolation since the power grab.

Lavrov also criticized the US for its hasty withdrawal from Afghanistan.

He said the troop pullout was carried out "without any consideration of the consequences ... that there are many weapons left in Afghanistan."

Still, Lavrov said Russia, China, Pakistan and the US were working together to ensure that Afghanistan's new Taliban rulers form a representative government and prevent the spread of extremism.

"The question of international recognition of the Taliban at the present juncture is not on the table," Lavrov said.

His remarks came after the Taliban nominated a UN envoy, setting up a showdown over Afghanistan's seat at the world body.

Besides Lavrov's criticism of the US and France over troop withdrawal from Afghanistan and Mali, the top Russian diplomat had more to say.

Speaking to reporters, Lavrov expressed "great concern" at the rising tensions between the US and China, saying Washington's strategies in the Indo-Pacific region included "deterring China's development."

In his assembly speech, Lavrov accused Washington and its Western allies of "persistent attempts to diminish the UN's role in resolving the key problems of today or to sideline it or to make it a malleable tool for promoting someone's selfish interests."

Moscow has been lobbying recently for a summit of the five permanent members of the UN Security Council — Russia, China, the US, France and the UK — arguing that Western members are seeking to undermine the body's influence. However, with each of the five permanent members holding effective veto rights, agreement at the Security Council can be notoriously hard to come by.

As examples, Lavrov cited Germany and France's push for an Alliance For Multilateralism, "even though what kind of structure could be more multilateral than the United Nations?"