The Alliance for Multilateralism is a loose group of nations working to boost international cooperation. Its purpose is to tackle global issues such as disarmament, digitalization and climate change. 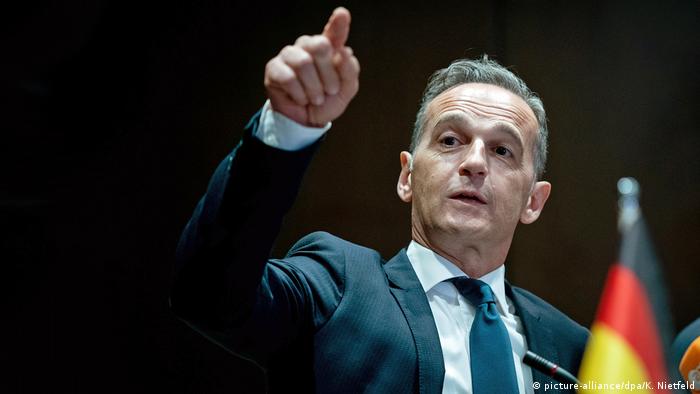 German Foreign Minister Heiko Maas on Thursday welcomed his fellow foreign ministers from some 50 countries for the first meeting of the "Alliance for Multilateralism," a loose group of nations working to boost international cooperation, reform international institutions, and tackle various global issues such as disarmament, digitalization and climate change.

"Despite all the crises happening across the world, the rule-based global order has brought us peace and prosperity like never before in history," Maas said at the group's first official gathering on the sidelines of the United Nations General Assembly meeting in New York.

The German foreign minister has been pursuing this project since July last year. And countries like France, Japan and Canada have been working as partners in the project.

EU foreign policy chief, Federica Mogherini, was also among the participants of the gathering in New York. "We all share the same goals," when it comes to securing, reforming and expanding international cooperation, she said.

Nationalism on the rise

The initiative comes at a time of rising nationalism and protectionism worldwide. Over the past couple of years, US President Donald Trump has championed "America First" policies and cut funding for multilateral organizations like the United Nations. Trump has also withdrawn the US from bodies like the UN Human Rights Council, UNESCO and the Paris Climate Agreement.

Nationalist tendencies can be observed also in places like Brazil, the UK and Russia, among other countries.

Maas also pushed for multilateralism during his speech at the UN General Assembly. "Anyone who loves their country, ladies and gentlemen, will be committed to cooperation, because only by working together we will all have a future," the German foreign minister said.

It contradicted Trump's anti-globalist speech days before, in which the US president told world leaders the future belonged to "patriots" and not "globalists."

Meanwhile, European Council President Donald Tusk said on Thursday the idea of an imminent clash between globalism and patriotism is "false and dangerous." Speaking at the UN General Assembly, Tusk said history shows how easily love of country can turn into hatred toward neighboring nations.

The European leader also said he equates globalism with solidarity, a term he prefers. Solidarity was the name of the pro-democracy movement that rose in his native Poland in the 1980s.

The German chancellor called on attendees of the World Economic Forum in Davos to remain committed to global institutions but to be open to compromise. She also said that Germany's recent political instability was over. (23.01.2019)