Working together is "not a betrayal" and shows love for one's own country, top diplomat Heiko Maas said at the UN General Assembly, contradicting US President Trump's anti-globalist speech days before, albeit indirectly. 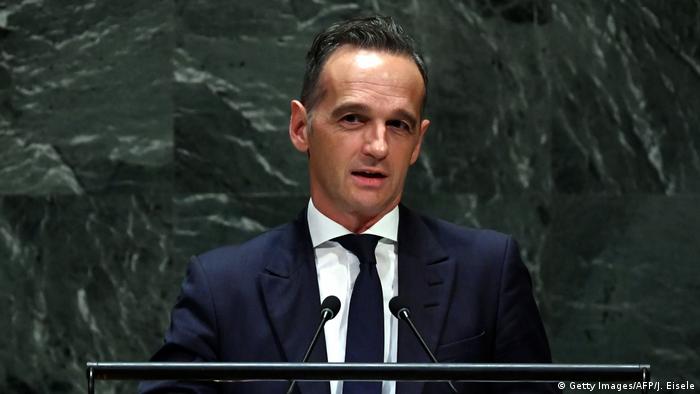 The Earth is "ablaze" and humanity faces a number of big issues that can only be faced by countries working together, German Foreign Minister Heiko Maas said in his speech before the UN on Wednesday.

"Anyone who loves their country, ladies and gentlemen, will be committed to cooperation, because only by working together we will all have a future," Maas said.

"Cooperation is not a betrayal of one's own country," he added, indirectly criticizing US President Donald Trump's statement earlier in the week that "the future does not belong to globalists," but "patriots."

Maas also called for the UN Security Council to start preventing conflicts instead of just responding to them.

"Far too often, crisis and conflicts are not discussed in the UN Security Council until shots are being fired," the German representative said.

On Wednesday, Maas called for "sustainable" foreign policy which involves all stakeholders, defends joint rules and institutions, and focuses on prevention and finding permanent solutions to conflicts.

"More than virtually any other country, Germany has benefited from the rules-based order for the past 70 years," Maas said.

"Never again going at it alone — that is a lesson from our history — German history — precisely because it was Germany that 80 years ago unleashed fire and destruction in Europe and the world."

Maas also referred to climate change as "the question of humanity's survival."

"Wars of the future will be climate wars," he said.

First meeting of 'Alliance for Multilateralism'

Addressing the UN on Wednesday, Maas announced he would be welcoming his fellow foreign ministers from some 50 countries who have since joined the alliance for their first official meeting.

"That is multilateralism in practice," he added.

Maas and his colleagues would focus on "concrete steps" to work towards their goals, the German foreign minister said.

"We can no longer afford to not act sustainably," Maas said.

German Chancellor Angela Merkel and French President Emmanuel Macron are leading attempts to mediate between the US and Iran. Tensions in the Gulf region dominated the agenda in New York. (25.09.2019)