The editor-in-chief of the well-known Russian investigative news site "The Insider" is facing a defamation lawsuit. Kremlin critics have decried the attack on press freedom. 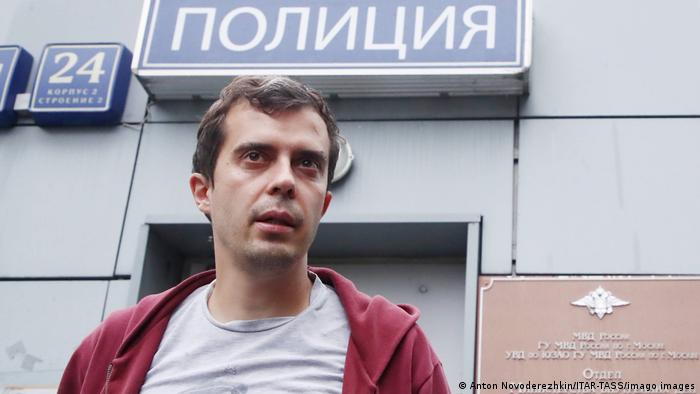 His apartment was searched, he was questioned by polics: Russian journalist Roman Dobrokhotov

Roman Dobrokhotov heads what is probably Russia's most well-known investigative news site, The Insider. Along with international research network Bellingcat, Dobrokhotov has covered some of the most notorious cases Russia has allegedly had a hand in in recent years: the poisoning of Russian spy Sergei Skripal in the United Kingdom andRussian opposition figure Alexei Navalny, the fatal missile attack on Malaysian Airlines Boeing MH17 over Ukraine, and the murder of a Georgian in Berlin's Tiergarten.

Following the search, the journalist was taken to a police station for questioning. He was later released, however, his passport was not returned to him. The journalist was supposed to travel outside of Russia on Wednesday. His cell number no longer works, Dobroktotov told the press following his detainment, declining to give further details. When asked by a journalist about his well-being, Dobrokhotov replied curtly: "I am fine." 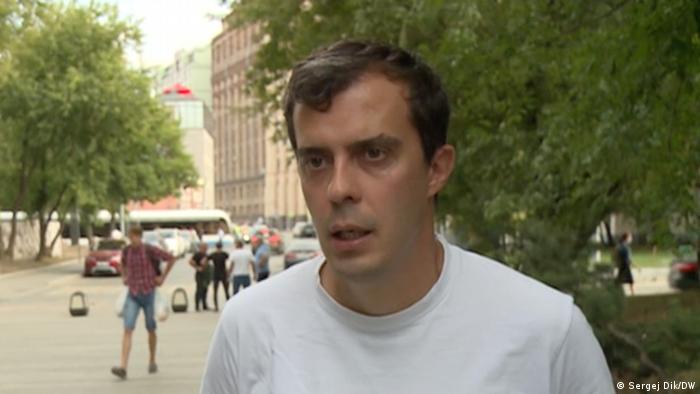 Dobrokhotov in an interview with DW the day before his house was searched: 'Working in Russia is only possible if you do it anonymously.'

Dobrokhotov is currently facing a defamation case. In a tweet sent from his personal Twitter account, Dobrokhotov accused Dutch blogger Max van der Werff of spreading misleading information about the fatal MH17 flight over Donbass in July 2014 and of working with Russian intelligence and military services to spread false information challenging the findings of the official investigation into the downing of the airplane.

Van der Werff has denied the claims, which he considers defamatory, and requested the Russian judiciary launch the libel case. Dobrokhotov has been called as a witness in the case.

Well-known Bellingcat journalist Christo Grozev works closely with Dobrokhotov and his site. He sees the raid on his Moscow colleague's apartment as an attempt to pressure independent journalists working in Russia ahead of September's parliamentary election.

"At the end of May, we were warned by a law enforcement agency insider that a whole series of arrests would start in the next few months. A pre-election campaign to shut down free media, especially independent internet sites, is imminent. Unfortunately, we are seeing this being put into practice," Grozev said in an interview with DW.

Classified as a 'foreign agent'

Since July 23, The Insider has been listed as a so-called foreign agent in Russia. The site has previously been audited by the Russian Ministry of Justice. The day prior to the raid, Dobrokhotov complained to DW that Russian journalists only had two options: either they work anonymously or they leave the country. "It's going to end up like it is in central Asia," the Kremlin critic speculated, referring to Turkmenistan and Uzbekistan. "We have reached the point where working in Russia is only possible if you do so anonymously." 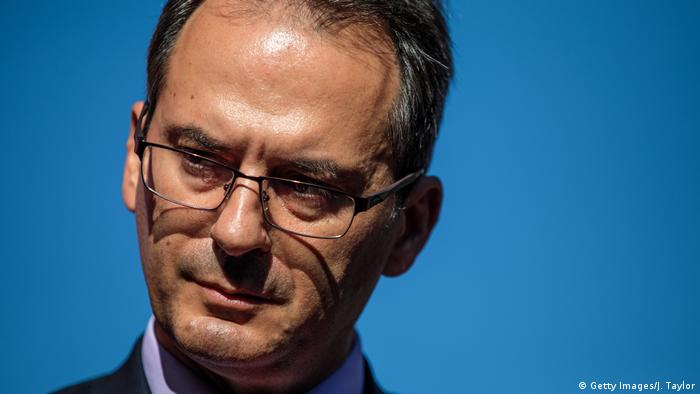 Following the foreign agent classification, Dobrokhotov pledged that The Insider would continue working and "twice as hard as before." He added that he refused to publish the line "production of a mass medium which is fulfilling the function of a foreign agent," as required by the Russian judiciary.

"After all, it would be cheating our readers to write we are foreign agents," he stressed. "We are much less foreign agents than the officials who own yachts in Europe. For exposing this, we are forced to write this statement."

Dobrokhotov's portal is registered in Latvia, and is subject to the laws of Latvia, not Russia, he added.

Bellingcat's Christo Grozev believes Dobrokhotov will continue to be active despite pressure from authorities. But the Russian journalist told DW that nothing can deter him, announcing there would be further publications.

"Even if he is arrested and no longer has any connection with us, we will still have enough material to publish the next investigation without him."

This article was translated from German by Jan D. Walter.

'Tiergarten murder' suspect set to go on trial in Berlin