Germany to investigate Russia ties to Georgian murdered in Berlin | Germany | News and in-depth reporting from Berlin and beyond | DW | 03.12.2019

Germany to investigate Russia ties to Georgian murdered in Berlin 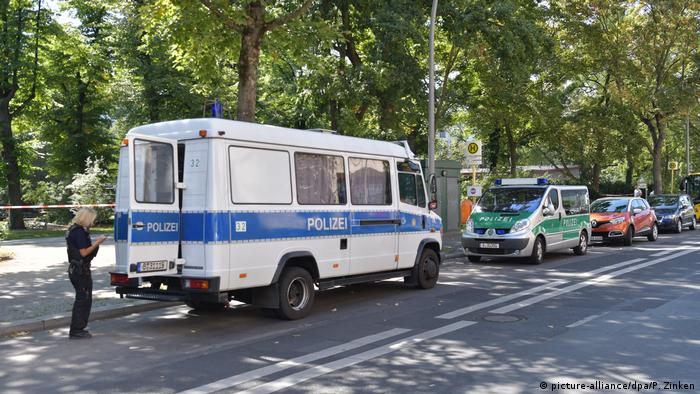 Germany's attorney general is reportedly taking over investigations into the murder of a Chechen asylum-seeker in Berlin amid suspicion of Russian state involvement.

The attorney general, who handles crimes against the German state, is expected to officially announce its handling of the case in the coming days, magazine Der Spiegel reported on Tuesday.

The move would mean there is legitimate evidence that Russia contracted a murder on German soil, putting pressure on Chancellor Angela Merkel's government to take a robust stance against Moscow, observers and lawmakers told DW.

"It's not the first murder of its kind, and if you don't take a hard-line stance against the Russians, it won't be the last murder," Gustav Gressel, senior fellow with the European Council on Foreign Relations (ECFR) in Berlin, told DW.

The "execution-style" killing of Zelimkhan Khangoshvili, 40, in Berlin's Kleiner Tiergarten in late August drew suspicion of Russian involvement from the outset.

The suspected perpetrator, a 49-year-old Russian national, is believed to have carried out a drive-by shooting on bicycle in broad daylight. Authorities apprehended him shortly thereafter and later found the bicycle, a wig and the weapon used in the murder ditched in the Spree River.

Independent investigations conducted by the research network Bellingcat and others revealed evidence of a foreign state connection, though Russia denied its involvement. The name given on both the perpetrator's passport and visa application had never been listed in Russian databases, while supposed coworkers in Germany had no recollection of him having ever worked with them. 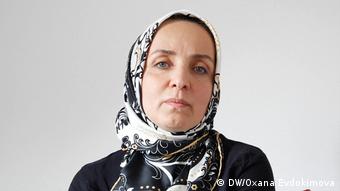 Manana T. believes Moscow is responsible for her ex-husband's murder

Khangoshvili's ex-wife, Manana T., told DW she believes her late husband's personal history likely motivated the attack. A Georgian veteran of the Second Chechen War from 1999 to 2009, Khangoshvili fought against the Russians as a separatist and reportedly worked thereafter in both Georgia and Ukraine against Russian interests.

He fled to Germany in 2016 after multiple attempts against his life in Georgia, Manana T. said, but was denied asylum and was scheduled for deportation. She remains convinced Russia is responsible for her ex-husband's death but is hopeful that German authorities will bring the perpetrator to justice.

"We were warned that this would happen eventually," she said.

Cold War 'not over'

On Tuesday, Stephanie Krüger, a spokesperson for Germany's Justice Ministry, declined to share more information with reporters about the case, saying only that "the attorney general's office has been in very close communication with investigative authorities in Berlin since the attack." The attorney general's office told DW it could not confirm if and when it would take over the case.

Konstantin von Notz, a lawmaker with Germany's Green party specializing in intelligence services, told DW that if federal prosecutors collect enough evidence to definitively say that the case is a state-sanctioned killing, it would constitute "a scandal that must have consequences."

"The Cold War is obviously not over, rather there may be intelligence activities like never before," he said. Germany, however, must know all the details before taking action, he warned.

The fact that there's no "smoking gun" in the case makes it trickier to prosecute, ECFR's Gressel told DW.

But if authorities do make a solid case for Russian involvement, it is Germany's responsibility as a Europe's largest nation to "react substantially" with sanctions or similar measures, instead of relying on diplomatic or technocratic approaches, he said.

Last year, the United Kingdom expelled Russian diplomats from the country after learning that Moscow orchestrated the attempted murder of Sergei Skripal, a former double agent for the UK's intelligence services, and his daughter.

"This behavior finds imitators," said Gressel. "You have the Khashoggi case … you have the numerous Russian cases, like Skripal, and now [Khangoshvili] in Berlin. These interferences are becoming more robust — it's getting nastier.”