Two suspects were charged in the UK with attempted murder of an ex-Russian spy and his daughter. The investigative group Bellingcat claims to have identified one of them as a decorated Russian officer. 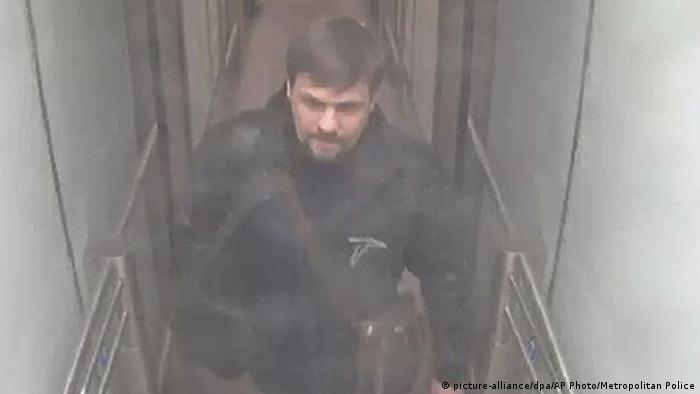 The real identity of one of the suspects in the nerve agent attack on former Russian spy Sergei Skripal and his daughter is Anatoliy Chepiga, a highly-decorated colonel of the Russian military intelligence agency GRU, the investigative group Bellingcat said on Wednesday.

Bellingcat claimed the colonel's passport name was Ruslan Boshirov, one of the two suspects charged by British prosecutors with attempted murder for the Novichok poisoning of the Skripals in the southern English city of Salisbury in March. The other suspect was identified by prosecutors as Alexander Petrov.

The two Russian men have denied the accusations, saying they visited Salisbury as tourists to see its cathedral. Speaking on the Russian state-funded RT channel, the duo said they work in the nutritional supplements business.

The UK says the two had approval from the highest authorities in Russia, a charge that Moscow has rejected. 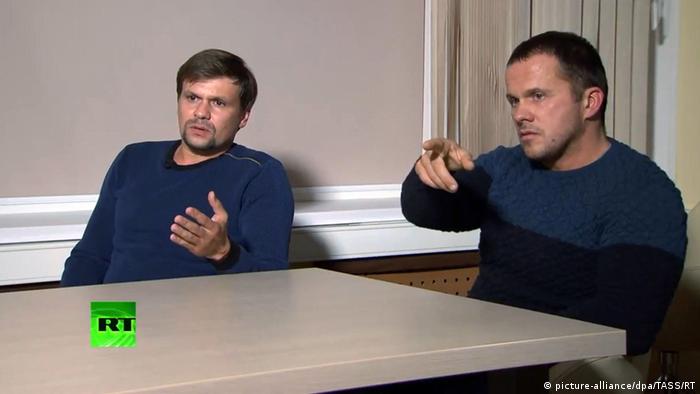 The two suspects told Russia's RT channel that they visited Salisbury as tourists to see its cathedral.

According to Bellingcat, Chepiga was conferred the Hero of Russia medal, the country's highest medal, by presidential decree in December 2014. He is believed to have served in Chechnya several times.

The investigative group said it researched pictures of graduates of Russian military academies and found a man resembling Boshirov in a group photo.

It then zeroed in on Chepiga, using leaked Russian databases available on the internet. The group eventually tracked down Chepiga's passport file, dated 2003, with a picture bearing a strong resemblance to Boshirov.

After the UK identified two men wanted in the poisoning of Sergei Skripal, the men have claimed innocence on TV. The men said they only visited Salisbury to admire its architecture. But some things don't make sense. (14.09.2018)

A new report says that a German intelligence agent was able to get a sample of Novichok from Russia shortly after the end of the Cold War. Insights gained from the sample are reportedly still important today. (17.05.2018)