Did Russian intelligence hire a criminal to execute a Chechen dissident in Berlin? | Europe | News and current affairs from around the continent | DW | 04.09.2019

A Chechen refugee was killed in Berlin in August, his suspected killer was carrying a Russian passport. Historian Mark Galeotti sees parallels between this case and the attack on double agent Skripal in the UK. 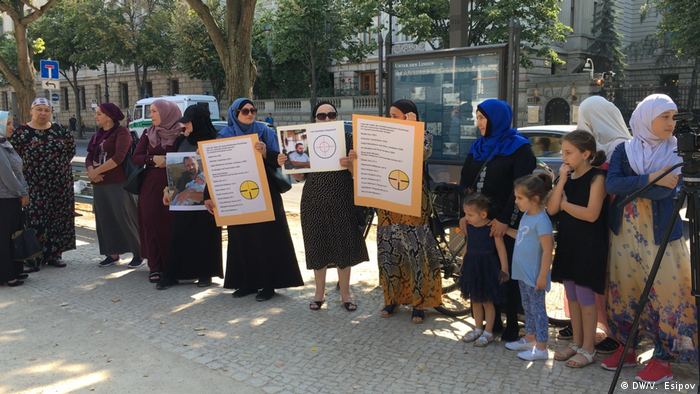 Protesters demonstrated outside the Russian embassy in Berlin against the suspected assassination of the Chechen war veteran in August.

When the Chechen refugee Zelimkhan Khangoshvili was shot dead in a park in central Berlin, media were quick to report that his alleged killer was a Russian national.

DW: Khangoshvili fought against Russia in the second Chechen war. Is it possible to compare his murder in Berlin with the poisoning of former Russian double agent Sergei Skripalin the UK in 2017?

Mark Galeotti: This was probably an assassination choreographed by state elements in Russia. We don't know whether the initial impulse came from Moscow or Kadyrov, the Chechen leader. However, whilst Kadyrov is a vengeful individual, linked to the killing of Chechen dissidents in Europe and beyond, Bellingcat's work tracking the alleged killer 'Vadim Sokolov,' looking at how he got his passport, where he operated and the fact that he is not a Chechen, shows it was probably on Moscow´s orders.

What do you think the motive was behind Khangoshvili's murder?

Galeotti:It's a combination of two things. One is clearly that he would have been on these long lists of people whom the Russian state would quite frankly rather see dead than alive. But why him specifically, why now? There are suggestions that he was involved in attempts to cause trouble back in Chechnya and more generally rallying dissident Chechens across Europe.

What are your thoughts on the alleged killer?

Galeotti:The assumption is that he would have been an employee, or at least contracted by, one of the Russian intelligence services. The individual could have been working for the Federal Security Service, the FSB, infamous for its dealings with Chechens. But this individual probably wasn't a conventional intelligence officer because there are reports that he has a series of tattoos. He may well be a gangster who was recruited by the FSB.

Can you talk in more detail about the tattoos? According to media reports, the alleged killer has a tattoo of a crown and a panther on his left hand, as well as a snake on his right. What does this mean?

Galeotti:The days when tattoos had fixed meaning in Russian criminal sub-culture are over. However, generally, a crown is a symbol for a relatively high ranking gangster leader, not quite a godfather though. Panther tattoos are typical for inmates of prison camps in Siberia or the Russian Far East. The snake is more difficult to interpret as there are many versions — but all of these are criminal, not army, tattoos.

Why would this sort of criminal be sent to assassinate someone?

Galeotti:The world of information is changing the world of espionage. It is getting harder and harder to make it possible for an undercover spy to operate using multiple identities and across several countries – CCTV, biometric passports and so on complicate it all.

The Russians are increasingly using people whom you might call "single use" assassins. We saw this with the Skripals, whose assassins were also not professional agents, they were "Spetsnaz" (Russian Special Forces – Editor's note). The Russians know that their identity is going to be revealed so they pick people who can do the work and go back to their regular jobs. 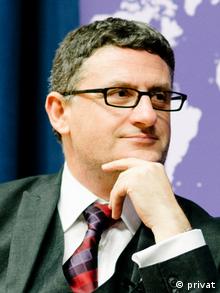 The alleged assassins who tried to poison Skripal travelled around Western Europe prior to the murder attempt. But the Berlin suspect, named Vadim Sokolov, apparently hadn't been anywhere before the Berlin assassination…

But what is unusual is how quickly and easily Sokolov got a visa through the French Consulate. He had very flimsy documentation – he listed an address which didn't exist, said he worked for a company which he didn't name. We know how hard it is for ordinary Russians to get visas.

The suspected killer planned to leave Germany a day after the killing, not immediately after the attack, like the Skripal assassinators did. Why?

Galeotti:There is lots of speculation but probably the people who planned the operation were afraid that the authorities would immediately close the airports. By taking more time he may have thought he could get out more easily. Russian intelligence services are normally quite good at what they do but they do make mistakes. In part because they are so active, and sometimes have to choose people not just from their A team but also from their B or C teams.

If the investigation finds that this was a political assassination, should Germany and other countries introduce new sanctions?

Galeotti:There has to be some kind of response. NATO is good for military solidarity but in terms of these non-military attacks, which involve everything from hacking to assassinations, there hasn´t been that much solidarity. Not only does Germany have to take a stand, but it also needs its allies' support.

Mark Galeotti is a Honorary Professor at University College London, specialist in Russian Intelligence Services and author of  "The Vory: Russia's super mafia."

The victim of an assasination-style shooting in Berlin was not targeted by the Russian government, the Kremlin said. The Georgian man had fought against Russian forces during the Second Chechen War. (28.08.2019)

Of all the countries from which the Islamic State recruits its fighters, Russia tops the list. Most come from the republic of Chechnya, DW's Juri Rescheto reports. (25.01.2018)