Russia is the focus of Abkhaz presidential elections | World| Breaking news and perspectives from around the globe | DW | 11.12.2009

This weekend, the breakaway republic of Abkhazia will hold presidential elections. And while Georgia has slammed the polls as fraudulent, analysts believe the outcome could have far-reaching consequences. 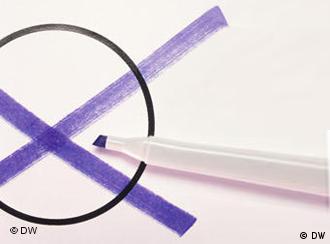 Although there are five candidates in the running for leadership, the race is really between incumbent President Sergei Bagapsh and former prime minister, Raul Khajimba.

The two are no strangers. Following the disputed outcome of the 2004 elections, they entered into an uneasy power-sharing arrangement, which was called off earlier this year when Khajimba resigned on the grounds of political incompatibility.

Some observers said the move was motivated by Khajimba's need to distance himself from the policies of the current administration ahead of the upcoming elections. But the two were never happy bedfellows.

The opposition leader, who is campaigning on a platform of nationalism, has repeatedly accused Bagapsh of being too "Georgia-friendly," while the incumbent president, hoping to ride back into power on a health and education ticket, has accused his rival of making promises he won't be able to keep.

An election with no givens 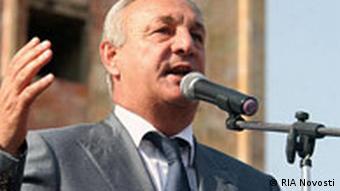 President Sergei Bagapsh is hoping for a second term

Although opinion polls seem to favor the current premier, there is some suggestion that the vote might go to a second round. That being so, Khajimba has said he and two of the other candidates, Zaur Ardzinba and Beslan Butba, would support one another, potentially making it difficult for Bagapsh to retain his hold on power.

But what would one win mean over another for the de facto country which is only recognized by three nations worldwide - Russia, Nicaragua, Venezuela - and is reliant on Russia for half of its budget and almost all its trade?

Caucasus expert Paul Goble says that depends on the nature of the victory. "If the incumbents win and win pretty big, Moscow's ability to control what Bagapsh does will probably decrease," Goble told Deutsche Welle. If, however, the outcome were very close or the opposition were even to win, the expert believes Abkhazia would likely become more dependent upon Russia.

And Russia is very much at the center of the ballot, more so than the Abkhaz people. The big question is whether Abkhazia will become a kind of extension of Russia itself or whether it will move toward real independence.

As Goble and other commentators are quick to point out, there is a murkiness about politics in the breakaway province that makes it hard to predict how a party line will translate in reality. But he believes Khajimba would ultimately steer the republic deeper into Russia's arms. 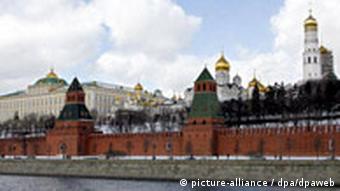 Moscow is Abkhazia's most valuable ally

"I think there would be a greater willingness to defer to Moscow rather than resisting its control," the expert said, adding that Bagapsh on the other hand, is more committed to having an independent state than Russia would ideally like.

But Uwe Halbach of the German Institute for International and Security Affairs says whichever way voters decide in Saturday's elections, Abkhaz dreams of genuine autonomy are likely to remain distant.

"Relations with Moscow will stay close under any president," he told Deutsche Welle. "It's a small country and its economy and security policy are dependent on Russia."

But for how long? Halbach says the separatist enclave would be wrong to expect any shift in attitude from Europe any time soon. "The EU will stand firm on its policy not to recognize Abkhazia and will continue to respect Georgia's territorial integrity," Halbach said.

For its part, Georgia has deemed the weekend's elections illegal and has called on other countries not to take them seriously either. And although many countries including the US, will toe that line, Goble insists that the elections do matter.

He believes the very fact that so many heavy-weight nations refuse to back Abkhazia's plight for freedom could lead to it gathering support from a dozen or so quieter countries, such as Bolivia. Particularly if Bagapsh emerges victorious. 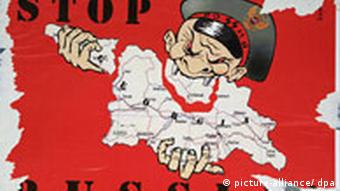 "It will be states who want to demonstrate that they are standing up to the Americans and the Europeans," the Caucasus expert said. "There are a number of countries that want to make a political splash of some kind and show how opposed they are to the existing world order."

As a case in point, Abkhazia is currently pursuing the option of gaining recognition from Ecuador, whose president Rafael Correa is an outspoken critic of Washington and a close ally of Venezuela's leader Hugo Chavez.

And even if no other country ultimately comes forward to endorse Abkhazia's separation from Georgia, it does not necessarily mean the region will shrivel up and die.

"We have lived in an age of partially recognized states for quite some time," Goble says, citing the examples of Taiwan and North Cyprus. "And I do not think the notion that they necessarily move toward extinction is supported by historical records."

Which way Abkhazia will go from here, ought to become a little bit clearer at the weekend.

Can the EU and NATO bring Russia in from the cold?

Relations between Russia, on the one hand, and the European Union and NATO, on the other, have been strained in recent years. Deutsche Welle asked a group of experts whether there is any light on the horizon. (09.12.2009)

One year has passed since Russia officially recognised the independence of South Ossetia and Abkhazia. But as the rest of the world stands by its refusal to follow suit, genuine sovereignty is still out of reach. (26.08.2009)