Russia has rejected accusations from the West that it tested an anti-satellite weapon in Earth orbit as "propaganda." Both sides accuse each other of seeking to militarize space in breach of international law. 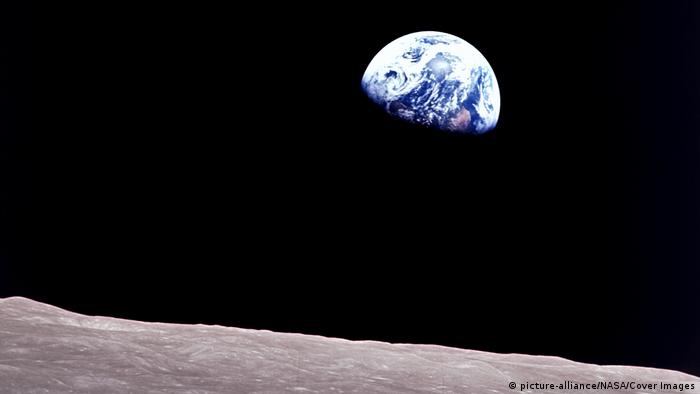 Russia's Foreign Ministry on Friday rejected criticism from the United States and the United Kingdom after the two nations expressed concern about the testing of Russian satellite equipment on July 15.

The US said Russia had carried out the "non-destructive test of a space-based anti-satellite weapon," while Britain said Moscow had launched a projectile with the "characteristics of a weapon."

However, Russia rejected the claim that it was weaponizing space and described the Western statements as an "anti-Russian strike as part of a targeted information campaign initiated by Washington."

"The tests conducted by Russia's Ministry of Defense on July 15 did not pose a threat to other space objects and, most importantly, did not violate any norms and principles of international law," said a statement from the Russian ministry.

"We call on our US and British colleagues to show professionalism and instead of some propagandistic information attacks, sit down for talks," the ministry said in a statement. Russia claims the object released on July 15 was used to inspect one of the country's national satellite and relay the information to Earth.

In turn, Moscow accused the US and Britain of seeking to develop their own anti-satellite weaponry.

Earlier on Friday, Kremlin spokesman Dmitry Peskov said Russia supported the "full demilitarization of space and not basing any type of weapons in space."

The US Space Command on Thursday said the July 15 operation had involved the Russian satellite Cosmos 2543 releasing an object into orbit. It described the operation as "consistent with the Kremlin's published military doctrine."

"Clearly this is unacceptable," US nuclear disarmament negotiator Marshall Billingslea tweeted. He added it would be a "major issue" in talks next week on a successor to the New START treaty. The treaty puts a limit on the nuclear warheads of the Cold War-era rivals the US and Russia.

"Actions of this kind threaten the peaceful use of space and risk causing debris that could pose a threat to satellites and the space systems on which the world depends," said Smyth.

The 1967 Outer Space Treaty, to which Russia, the UK, and the US are all parties, forbids the placing of weapons into Earth orbit.

The Icon satellite will explore the frontier of the Earth and space, where energy from above and below combines to affect everything from astronaut missions to radio and GPS communication.

Indian Prime Minister Narendra Modi has claimed his forces shot down a low-earth satellite in a pre-planned test. Such capabilities raise fears of a weaponization of space at a time of rising tension with Pakistan.

Germany has warned that the end of the Intermediate-range Nuclear Force treaty could have major consequences for peace and security in Europe. According to Russia's Foreign Ministry, the United States has killed the INF.