US accuses Russia of testing anti-satellite weapon in space 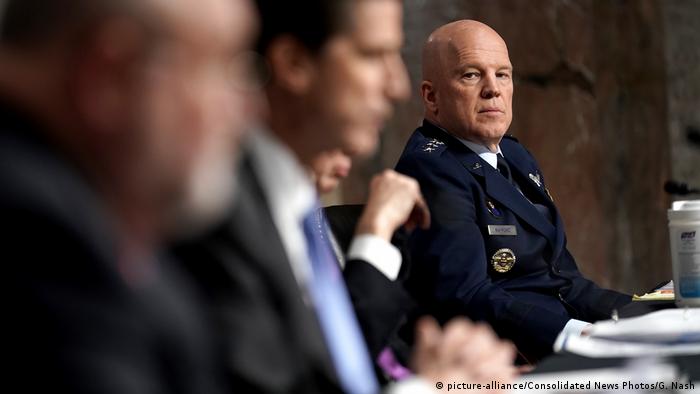 US and British officials on Thursday accused Russia of launching a space-based anti-satellite weapon last week.

"The Russian satellite system used to conduct this on-orbit weapons test is the same satellite system that we raised concerns about earlier this year, when Russia maneuvered near a US government satellite," said US General John W. Raymond, who heads the US Space Force.

"This is further evidence of Russia's continuing efforts to develop and test space-based systems, and consistent with the Kremlin's published military doctrine to employ weapons that hold US and allied space assets at risk," Raymond added.

According to independent space policy experts, the object that separated from Cosmos 2543 was likely traveling at more than 400 miles per hour (650 kilometers per hour) when it detached from the Russian satellite.

A separate assessment by the UK was published later on Thursday and echoed similar grievances about the Russian operation.

"We are concerned by the manner in which Russia tested one of its satellites by launching a projectile with the characteristics of a weapon," said British Air Vice-Marshal Harvey Smyth, who leads the UK's Space Directorate. "We call on Russia to avoid any further such testing."

US and British officials have accused Russia of weaponizing space "to reduce US and allied military effectiveness and challenge our freedom of operation in space."

However, the Kremlin has rejected such allegations.

The Russian Defense Ministry said the July 15 operation was not an anti-satellite weapon test. Instead, it said a "small space vehicle" had inspected "one of the national satellites from a close distance using special equipment."

The operation had "provided valuable information about the object that was inspected, which was transmitted to the ground-based control facilities," the ministry added.

Defense experts have pointed towards a space-based arms race after US President Donald Trump formally announced the creation of the Space Force.

Will the SpaceX launch fire up US-Russian space travel competition?

The US is resuming crewed space travel with American spacecraft after nearly a decade of relying on Russian aid to reach the ISS. The era of space cooperation between Moscow and Washington may be reaching its end.

China has launched an uncrewed probe to Mars, aiming to demonstrate its technological skill and make a bid for leadership in space. It's the country's first independent mission to another planet.