With just weeks to go before France's space command starts to cover orbital defense, Defense Minister Florence Parly has provided more information about the perceived threats and the country's plans to counter them. 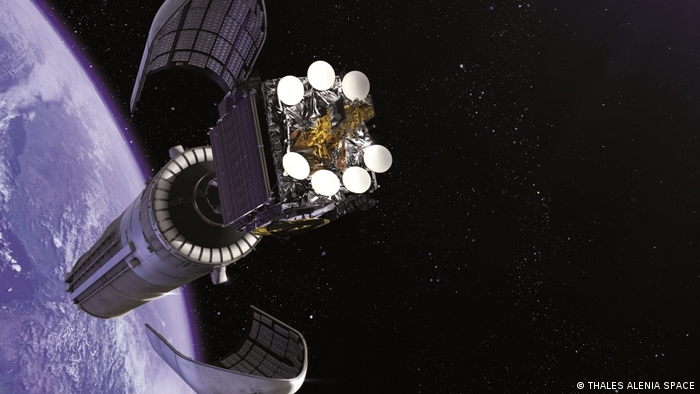 French Defense Minister Florence Parly gave more information about plans to create a space force during a visit to the Lyon-Mont Verdun air base in southeast France on Thursday.

The "great command of space" will be set up within the French Air Force to eventually become the "Air and Space Army," which will be based in Toulouse, the current center of the French aerospace industry.

"If we want to be able to carry out real military operations in space, then we need to develop the ability to act alone," Parly said.

The French plan is to develop self-defense capabilities for its satellites and to strengthen surveillance capabilities in an area that it believes could become a major theater of confrontation between powers on Earth.

Syracuse military telecommunications satellites are being equipped with cameras. France also plans to invest in nano-satellite patrollers from 2023 — "Formidable little detectors that will be the eyes of our most valuable satellites," Parly said — and mini surveillance satellites to protect and defend French satellites from 2023. 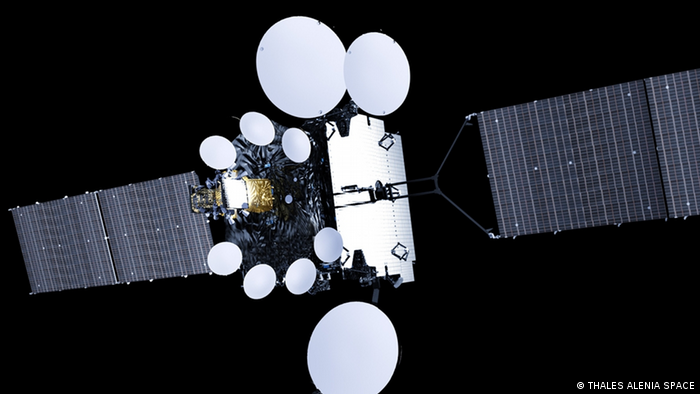 The Athena-Fidus was launched in 2014

The government is set to invest a total €700 million ($781 million) in the space project before 2025, in addition to the €3.6 billion already planned for the renewal of French satellites. The plans include improvements to the network of Tarot telescopes and modernization of the GRAVES space surveillance radar.

"Today, our allies and our adversaries are militarizing space. We must act. We must be ready," Parly said, adding that the technology to block, hinder, spy on or destroy other powers' space technology was growing.

US, Russia, China and India in space

Parly cited the Russian Louch-Olympus "spy satellite," which tried to approach the Franco-Italian Athena-Fidus military satellite in 2017 and has "since left its business card on 8 new satellites," as an example of the type of threats France faces in space.

While the US, Russia and China are the major military actors in space, India joined them in March after it said it had shot down a satellite with a missile. The United States currently invests $50 billion (€44.7 billion) each year in space, China $10 billion and Russia $4 billion, according to French government figures.

"If our satellites are threatened," Parly said. "We will consider dazzling those of our adversaries. We will reserve for ourselves the time and means of the response: it may involve the use of power lasers deployed from our satellites."

"We will develop power lasers, a field in which France has fallen behind," she added. 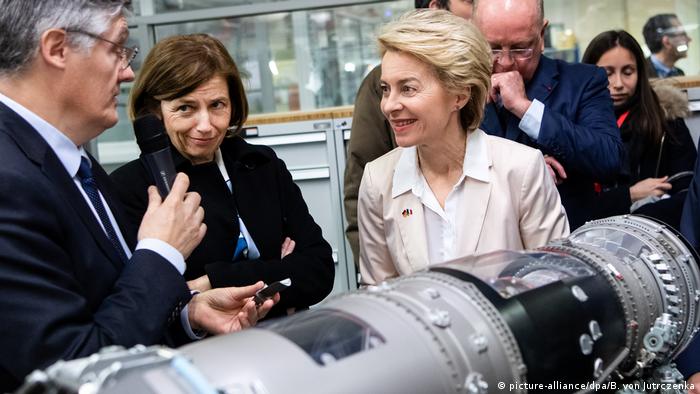 According to government sources quoted by the AFP news agency, France plans to equip its satellites with machine guns to break the solar panels of an approaching satellite.

"We have to be able to detect and attribute suspicious, unfriendly and even hostile acts towards our military satellites and our space interests," Parly said. She invited European partners, especially Germany, to develop a common future capacity to gain information about the situation in space.

However, Germany has long preferred a multilateral approach to military and defense issues via the European Space Agency and the European Union.

The European Commission has outlined a space plan for 2021 to 2027, with €16 billion budgeted for civilian programs, including the Govsatcom secure communication system and measures to monitor space debris.

On the eve of Bastille Day, the president confirmed plans to boost the country's defense capabilities by harnessing outer space. China, Russia and the US have recently fueled fears about the militarization of space. (13.07.2019)

Galileo satellite navigation system back in action after partial outage

Europe's satellite navigation system, Galileo, is fully functioning once again after just over a week of limited operations. During that time, the emergency alarm functions remained in service. (22.07.2019)

Roskosmos has launched a German-Russian space telescope to replace Moscow's Hubble-like Spektr-R. The telescope will allow scientists to observe more than 100,000 galaxy clusters, marking "the beginning of a new era." (13.07.2019)